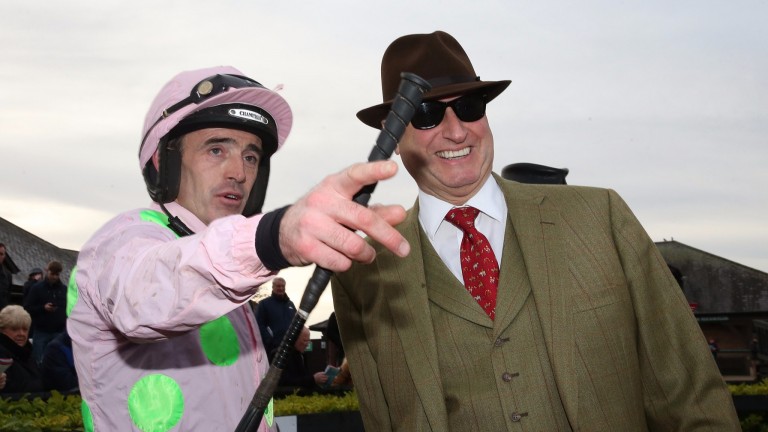 Rich Ricci discusses events with Ruby Walsh at Punchestown, where they bagged a treble
Caroline Norris
1 of 1
By Tony O'Hehir 1:08PM, DEC 13 2016

Owner Rich Ricci has plenty of stars, some of whom are inevitably in the wars from time to time, and he was in no doubt about how best to sum up an afternoon which saw him have four winners and his main man, Willie Mullins, six – "the empire strikes back!"

Those were his words after Djakadam had landed the John Durkan Memorial Punchestown Chase which, along with fellow ownermate Douvan's sublime performance at Cork, was the highlight of a memorable day.

Djakadam's second John Durkan victory was one of four for Mullins at Punchestown, three of which came in Ricci's wife Susannah's silks, as the defending champion trainer clawed back some of the deficit to close the gap on title pacesetter Gordon Elliott. 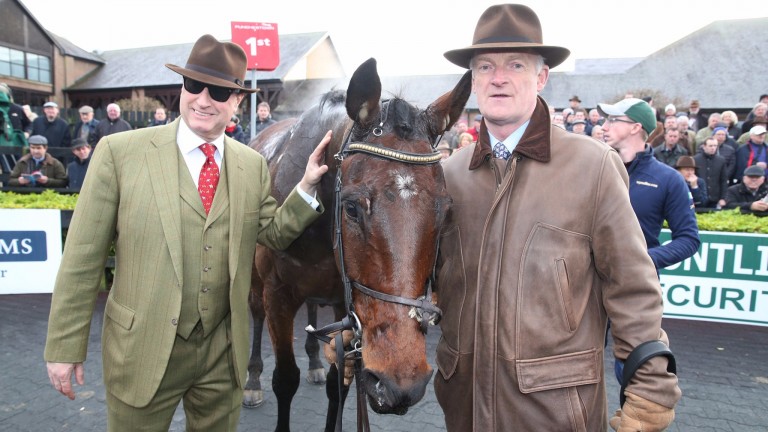 Ricci, whose four winners came from just four runners – American Tom and Turcagua were his other scorers – was at Punchestown but was happy to comment on Douvan, without the benefit of seeing him strut his stuff.

"I was nervous about Douvan today and didn't watch his race from Cork on the television," said Ricci.

"The horse had come good in the last two weeks and fair play to Willie, he doesn't believe in running them unless they are right.

"Douvan is some machine and, depending on how he comes out of today's race, I'd imagine his next race will be the Grade 1 Paddy Power Chase over two miles and a furlong at Leopardstown [on December 27]."

He added: "After that we'll have to see. He'll be staying over two miles and the programme isn't great for him in Ireland after Christmas, so we'll either have to find something for him in England or wait and go straight to Cheltenham for the Champion Chase."

FIRST PUBLISHED 6:01PM, DEC 11 2016
I was nervous about Douvan today and didn't watch his race from Cork on the television