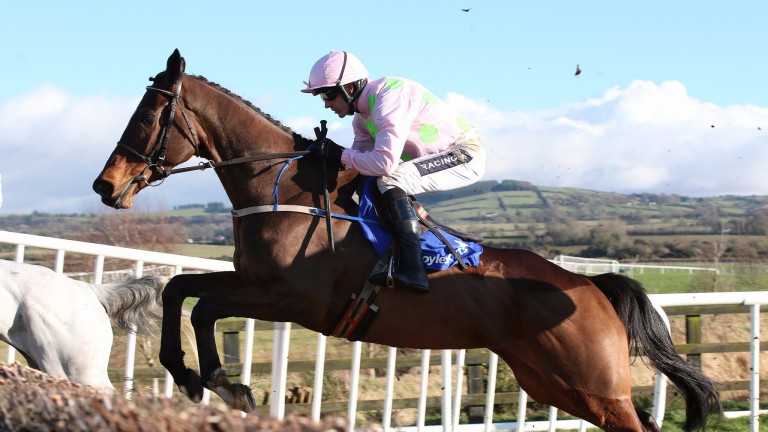 We're all looking forward to Douvan running in the Champion Chase
CAROLINE NORRIS
1 of 1
By Justin O'Hanlon 1:27PM, FEB 7 2017

At 1-14, Douvan looked like facing more of a struggle to enhance his Betway Queen Mother Champion Chase credentials than beat his three rivals in the Tied Cottage Chase.

Bookmakers often need little, and sometimes no, excuse to cut a price, but it was to Douvan's immense credit that he was able to convince a few firms he is now an even more likely winner of the Cheltenham Festival championship two-miler.

There was no meaningful opposition at Punchestown, and all that could reasonably be expected of him was a performance that might introduce a small element of doubt. Right?

Wrong! He was having none of it and Betway (4-11 from 4-9) and Betfred (1-3 from 2-5) were not alone in believing he had somehow taken a further step towards Champion Chase glory. 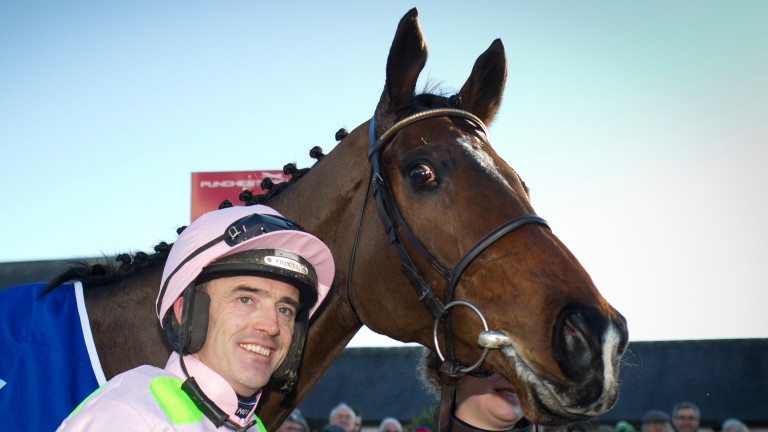 Douvan is the one to beat in the Champion Chase
Patrick McCann
Douvan made it 14 out of 14 since arriving in Ireland as a four-year-old with an effortless display in the Grade 2 contest, barely coming out of second gear in beating Realt Mor by six and a half lengths, putting in an exhilarating display of jumping under Ruby Walsh.

Perhaps one twig was touched the whole way round, and his enthusiasm was evident by him coming out of Walsh's hands on more than one occasion. One press room colleague said he probably would have done more work walking around the yard at home, the only difference being he would not have earned €26,550.

Walsh was expecting a lead but didn't get it and was happy to go on and make it from the first fence aboard the Rich Ricci-owned seven-year-old.

He said: "I thought Smashing would go a bit quicker, he couldn't really take me and after I jumped past him at the first. Douvan just sauntered along at his own speed.

"He did his own thing, I just gave him a bit of a squeeze at the second-last and he jumped out through the bridle. He won as he liked and probably as you'd have expected him to. He just has a huge amount of natural ability and he's a pleasure to ride."

Trainer Willie Mullins was rather more economical with his words. "I'm just relieved that's over," he said.

He should be a little more loquacious come March 15.

FIRST PUBLISHED 3:24PM, FEB 5 2017
You just tactically ride the race on him and he handles the jumping. He's a wonderful horse