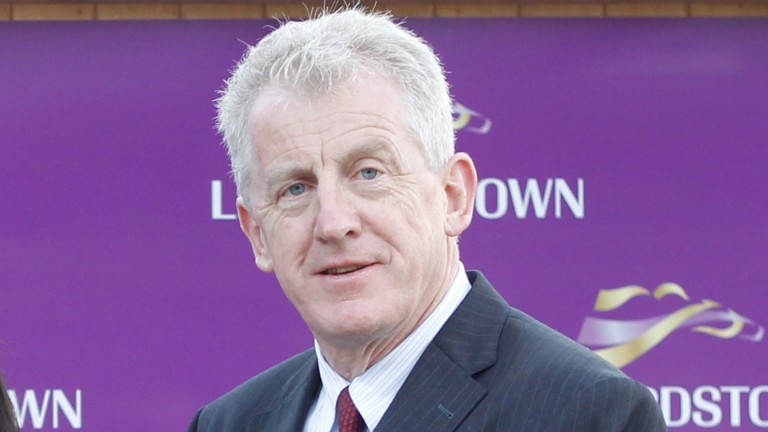 Pat Keogh: "The racecourse will be divided in two between owners, trainers and industry personnel on one side and the general public on the other."
Patrick McCann (racingpost.com/photos)
1 of 1
By David Jennings 6:49PM, JAN 30 2017

Leopardstown chief executive Pat Keogh says the "double whammy" of losing headline act Faugheen and unbeaten chaser Min was a major factor in the attendance on Sunday falling by 14 per cent from 7,533 in 2016 to 6,443.

"Before the declarations came through on Friday morning we were expecting to see Min and Faugheen. First there was no Min and then on Saturday Faugheen came out. It was a double whammy," Keogh said.

"That obviously had a knock-on effect. If Faugheen had run, I'd say the attendance would have been around last year's figure."

He added: "You have to take these things on the chin and I feel more sorry for the owners and Willie [Mullins]. We had a great run of things with the weather, the horses and the crowds for our Christmas festival, which was fantastic. Unfortunately the weather wasn't great on Sunday but these things happen. I still thought it was a fantastic day of racing and we've had extremely positive feedback."

It was the second successive Sunday where the attendance at Leopardstown fell, as the Coral-sponsored card on January 22 was down five per cent to 4,836.

Talk of an Irish Champions Weekend over jumps, incorporating the Irish Champion Hurdle card, the Irish Gold Cup card and the Coral-sponsored card over two days at Leopardstown in early February, is beginning to gather momentum and Keogh admitted the idea is "exciting".

"There has been some chat about bringing the Irish Gold Cup back a week as it's probably a week too late in the calendar with regard to Cheltenham and we all see at Punchestown, Galway and Cheltenham that people love festivals and the excitement they bring.

"The idea of an Irish Champions Weekend over jumps is exciting and one that is well worthy of a debate.

"A lot of factors would need to be taken into consideration, though, and it's worth remembering that up until a few years ago we had a two-day fixture, January jumps weekend, for the two big handicaps on the Saturday and the Irish Champion Hurdle card on the Sunday and the consensus with that was to split it into two separate Sundays."

FIRST PUBLISHED 6:42PM, JAN 30 2017
First there was no Min and then on Saturday Faugheen came out. That obviously had a knock-on effect.