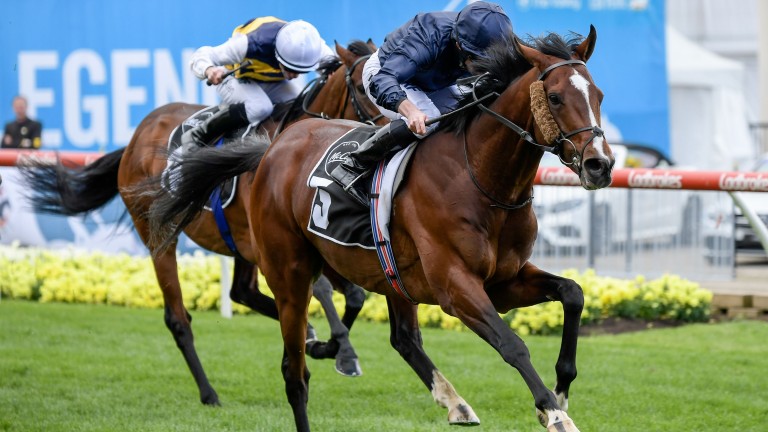 There was double delight for the British and Irish travelling team on the Cox Plate undercard as the Aidan O’Brien-trained Hunting Horn and David Menuisier-trained Chief Ironside landed Group 2 contests.

Last year’s Hampton Court scorer repelled all challengers in the home straight to score by a length and a quarter over Mr Quickie with the Joseph O’Brien-trained Downdraft a length and a half back in third.

Hunting Horn was already guaranteed a run in the Melbourne Cup and moved up to 16th (from 20th) in the order of entry on account of the prize-money he accrued. Any penalty for his success will be announced on Monday morning.

TJ Comerford, travelling head lad for O’Brien, said: “It was a class ride by Ryan [Moore] and I told Aidan that this was the best Hunting Horn has behaved at the races.

“He was in great form coming into this and he should be suited by Flemington as he’s fairly versatile.

“It would be a big step up in trip for him but you don’t know until you try it and Aidan is quietly confident that there’s another good day in him.” 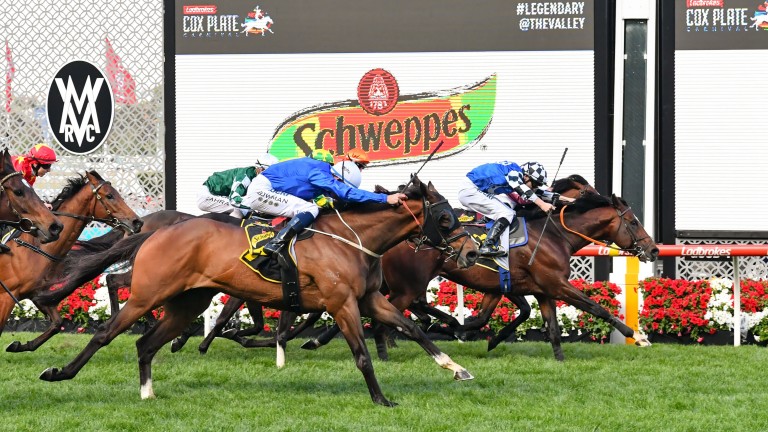 It was a first Group-race success for the Australian Bloodstock-owned four-year-old, who was given a masterful ride by Jamie Spencer to deny Cliff’s Edge.

Menuisier said: “We felt he was improving all the time and Jamie is a genius and gave him a fantastic ride.

“This is a big day for us so it’s fantastic to have a winner out here.”

The A$1.5m (£800,000/€920,000) Cantala Stakes – a Group 1 mile handicap at Flemington next Saturday – is among options for Chief Ironside with Spencer believing track position is crucial at the tight Moonee Valley.

Spencer said: “It was a good training performance by David and the line came just in time for us. It panned out beautifully and sometimes you get the luck on your side.

“We had a wonderful trip around and that’s paramount on this unique track. In terms of circumference it’s very similar to Chester but there’s not too much room and you need a bit of luck.”

Away from Moonee Valley, jockey Glen Boss was suspended for six meetings for careless riding at Randwick and is set to miss the ride on Melbourne Cup favourite Constantinople unless successful in appealing.

FIRST PUBLISHED 8:54AM, OCT 26 2019
Aidan is quietly confident that there’s another good day in him

David Menuisier is going places fast - Wonderful Tonight's campaign proves it Fears grow of Melbourne Cup missing international stars after Godolphin decision Wonderful Tonight sails on but which French jockey will get the Arc call-up? Ryan Moore: 'I try not to offend anyone but for me it's always about the horses' 'I think she won like a good horse' - Wonderful Tonight is magnificent again Trainers' title race blown wide open - and we might just have a fairytale winner