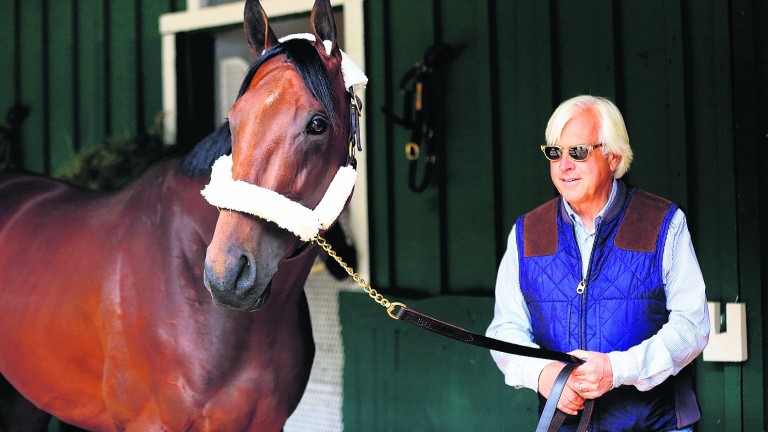 There could well be another victory for Dortmund – and for odds-on backers – in the first Breeders' Cup dirt race this year.

Classy Bundesliga side Borussia Dortmund were best-priced 1-2 shots when securing their qualification for the Champions League knockout stages with a 1-0 defeat of Sporting Lisbon on Wednesday night.

And Dortmund the racehorse will start at odds nearly as short when he takes on eight rivals and goes in search of a ninth success in the Breeders' Cup Las Vegas Dirt Mile.

The four-year-old, third in the Kentucky Derby last season, is a dual Grade 1 winner and has taken on Breeders' Cup Classic favourite California Chrome three times this season, going down by just half a length when the pair clashed at Del Mar in July.

Trainer Bob Baffert, a 12-time Breeders' Cup winner, is full of hope and said: "He's a huge horse and the only races he’s lost were to either American Pharoah or California Chrome. He's training really well and looks good."

Runhappy won the Breeders' Cup Sprint over six furlongs at Keeneland last year but was out of action with bruising in the right front cannonbone this summer.

However, work-rider Marcus O'Donnell feels he is back to his best and said: "I breezed him his second work before the Breeders’ Cup last year at Keeneland. He felt the same the other morning when he worked. I feel like he is sitting on a big race and he loves this track."

Jockey Gary Stevens is confident the longer trip is within Runhappy's compass and said: "He has such an efficient stride and is a joy to ride. He’s got a lot of class."

Gun Runner was third in this year's Kentucky Derby for Steve Asmussen, whose assistant Scott Blasi said: "He’s doing well and I think the race will set up well for him."

FIRST PUBLISHED 6:00PM, NOV 3 2016
He's a huge horse and the only races he has lost were to either American Pharoah or California Chrome. He's training really well and looks good