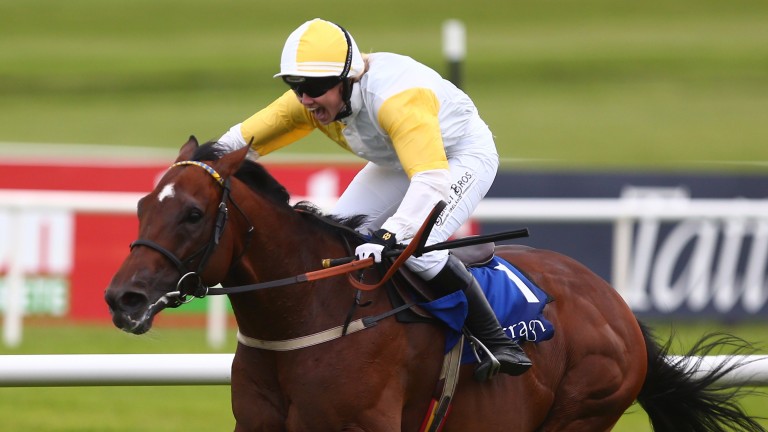 Conor Dore is wasting no time in putting his latest purchase to work, as it was only eight days ago he acquired Vivat Rex from Curragh trainer John Feane after a claiming win at Southwell.

Dore can nearly always be found riding high in the 'Class of 5-30' table on Racing Post's Signposts page, a device that highlights those trainers who do especially well with limited material, and there are few shrewder when it comes to buying horses out of sellers and claimers and making the most of them.

Vivat Rex had been on his radar for nearly two years, and he is delighted to have acquired him.

He said: "I've followed him since he won at Chelmsford a couple of years ago because I had one in the same race who went on and bolted up next time, and on his next start Vivat Rex went and won too, by seven lengths off 85 at Southwell.

"When he turned up in a claimer for £8,000 he looked a bit of value. Whether he has issues I don't know, but he seems fine at home. I like him."

Mick Appleby also does extremely well with horses acquired from others, and Mithqaal repaid most of the 26,000gns paid for him by The Horse Watchers at Doncaster in August at the first opportunity when he won the Silver Cambridgeshire.

Boots And Spurs bids to repeat last year's win. He is off an identical mark and has Kieran O'Neill on board again.

Mick Appleby has saddled the runner-up in all three runnings of this race, and two of them started favourite. However, it has not been frustration all the way as he also saddled the winner when Starfield beat Pearl Nation two years ago.

Mick Appleby, trainer of Mithqaal
He's in good order and I think there's still a bit in the tank. He'd won over a mile and one at Newmarket before winning over seven at Southwell last time, and this mile will probably suit him better. He should have a good chance.

Conor Dore, trainer of Vivat Rex
Technically I probably shouldn't be running him as I don't suppose he'll go up by as much as his penalty, but he obviously likes it at Southwell and there aren't many races at this sort of level for him there. I think it was a strong claimer though and he won a bit easier than the margin suggests. He might be better in a better-run race too.

John Balding, trainer of Showboating
He's been badly handicapped since his last win but he's come down a bit now and I'm taking 7lb off with my grandson Lewis Edmunds, who is doing very well now. He's a funny old horse who needs everything to drop right, but if he runs to his best he'll run a big race.

Andrew Balding, trainer of Fort Jefferson
He's been off for a while as he had a little injury after his last win, so it will be good to get him back on the track. He's moving great and working well.