Done: limit on machines would cause huge damage 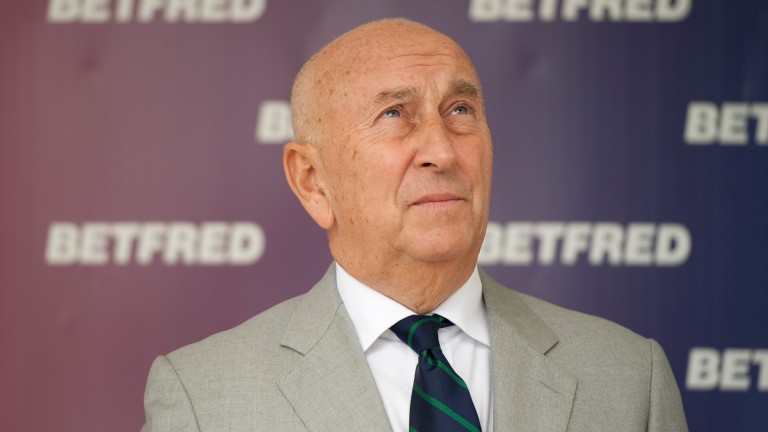 Betfred boss Fred Done has described the increasing pressure on gaming machines as "the biggest single threat to the future of the high street betting shop" he has known in 50 years, with disastrous repercussions for racing.

Done claimed the move to limit stakes on the machines, also known as fixed-odds betting terminals or FOBTs, would leave the racing industry irretrievably damaged.

Pressure from politicians and the media over the machines and their alleged link to problem gambling has been mounting and the government last year announced a review examining the subject.

Campaigners have called for the maximum stake on the machines, which is currently £100, to be slashed to as little as £2, a move the betting industry has claimed would lead to thousands of betting shops closing.

In an open letter, Done – who this year celebrates half a century as a bookmaker – said the sector was "under siege because of the moral panic surrounding fixed-odds betting terminals".

Done said social responsibility work done by the industry had struck the right balance between prevention of harm and freedom of choice and questioned whether some of those campaigning against the machines were doing so out of vested interests.

He also said he hoped the government would not be swayed by the "myths" surrounding the machines.

"Given the huge significance of the issues that are at stake here, the debate concerning the future of FOBTs in high street betting shops should be both balanced and evidence-based," he said.

"And yet recent press coverage in the build up to the Triennial Review has regrettably been categorised by alarmist rhetoric and misleading sound bites."

Done said Betfred had carried out modelling on his then 1,360-strong betting shop estate before the purchase of 322 shops from Ladbrokes and Coral in the autumn. 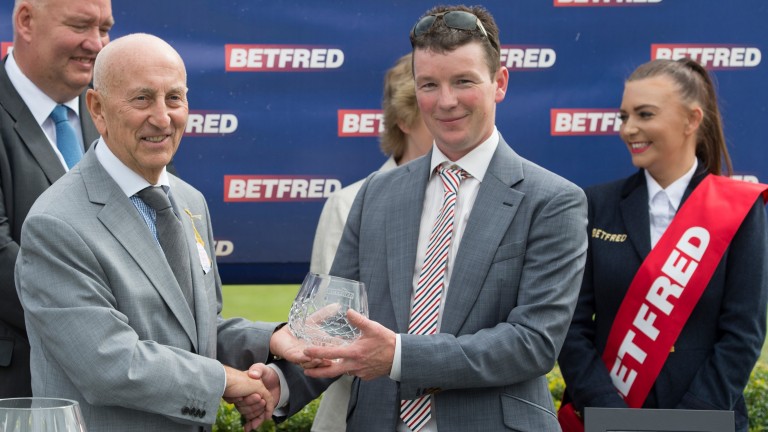 Fred Done (left), pictured presenting trainer David Griffiths with his prize after Take Cover's victory in the 2014 King George Stakes at Goodwood, stressed the importance of bookmaker sponsorship to racing
Edward Whitaker
He said a reduction in gaming machine stakes to £2 would make 660 of those shops loss-making overnight, "resulting in me having to make a decision to close them". Done said that would result in at least 3,300 employees being made redundant.

He added: "This is without doubt the biggest threat to the high street betting shop I have faced during my 50 years in business as a bookmaker."

Done said there would be a number of consequences from large scale shop closures, but added: "Perhaps one of the most significant and concerning unintended consequences would be the impact on the future of British horseracing."

Writing before Betfred's latest set of accounts were filed, Done said in the last financial year Betfred had made a direct contribution to racing of £13.3 million via the Tote, nearly £10m in levy and more than £43m in media rights to Turf TV and SIS.

"Fewer shops will reduce the levy but will have a greater impact on media rights," he said, adding: "I believe I am therefore uniquely placed to warn the government that it risks damaging, irretrievably, the British horseracing industry were it to press ahead and significantly reduce the stakes on FOBTs in betting shops."

Done argued the racing industry is dependent on the health of the high street betting market.

"Without its contributions, through sponsorship, media rights and the levy, racing would not be able to survive in its present form," he said.

He added: "The government should understand the stakes have never been higher and this message, from an independent bookmaker celebrating 50 years in business, is one the government needs to hear loud and clear. I can only hope someone is listening."

The government is due to report its initial findings and proposals stemming from its review in the spring.