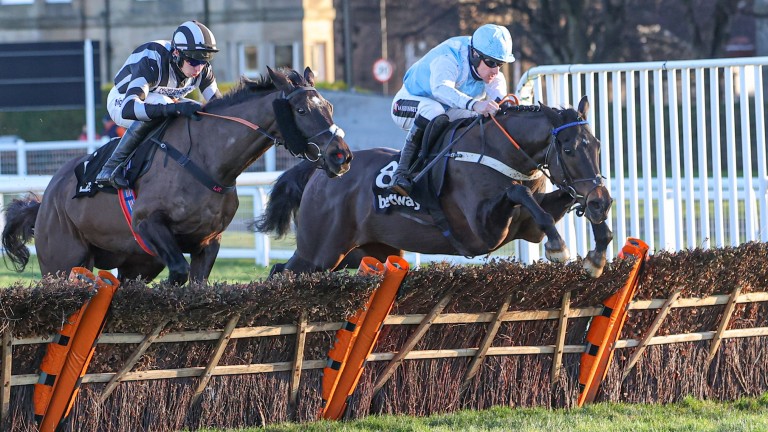 Donald McCain took Musselburgh by storm on Friday when winning the first three races with each of his runners on the card in a spectacular start to the new year for the trainer.

The 22-1 chance Blakeney Point finished strongly under Brian Hughes to pip Voix Du Reve by a neck in the valuable 1m7½f  handicap hurdle to complete the 229-1 treble.

Hughes also rode Middleham Park's exciting juvenile Fiveandtwenty – rated 78 on the Flat – who continued her impressive transition to hurdles with a second course-and-distance victory to get McCain's day off to a perfect start.

Between that pair of winners, last year's Triumph Hurdle fourth Navajo Pass, who had 7lb claimer Theo Gillard on board to combat carrying top weight, slammed his rivals by nine and a half lengths in the 2m4f handicap hurdle at odds of 7-1.

"We've been running our horses on ground that isn't ideal and, while we've had some winners, this just shows what we can do on the right ground," said a delighted McCain. 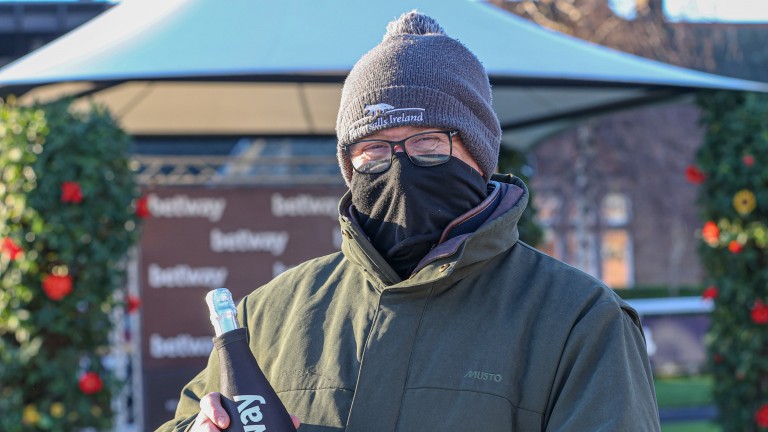 Donald McCain: successful with all three of his runners on a magnificent day at Musselburgh
GROSSICK RACING

"I shouldn't pick one out, they were all great, but we think the world of Navajo Pass. He was one of the top-rated juveniles, but his season had been in danger of falling apart. We definitely think he's a Graded horse for the future, although he's still big and immature."

Hughes completed his own treble when partnering Eagle Ridge to victory for Nick Alexander in the 3m handicap chase.

McCain does not have any runners on Saturday, but he will be out to maintain his perfect start to 2021 with five chances at Catterick on Sunday.

Senam does the business for Skeltons

Ridden by the trainer's brother Harry Skelton, the nine-year-old established a huge early lead over the field alongside the Paul Nicholls-trained Red Risk, but as the latter faded away, Romain De Senam galloped on remorselessly to score by 12 lengths. 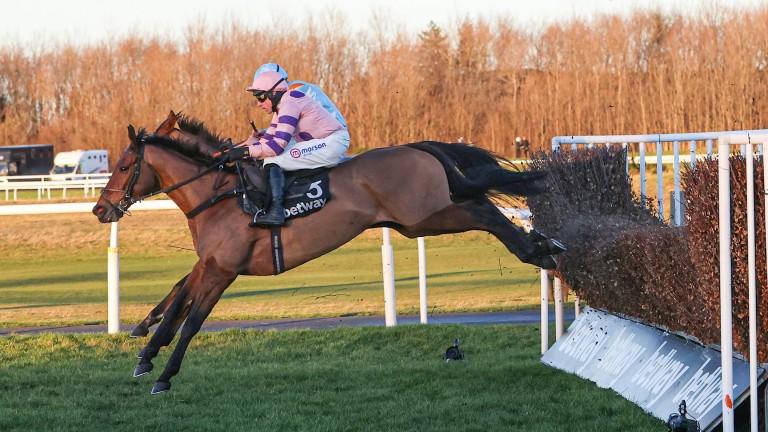 Romain Du Senam: clearing a fence on his way to a resounding victory at Musselburgh
GROSSICK RACING

"He ran well last time out and we thought we'd have a crack at a big pot. He just kept tanking on," said Harry Skelton, who has now combined with his brother for seven victories in the last week, which includes Graded wins on Shan Blue and Nube Negra at Kempton.

"A lot of credit has to go to Sam Davies-Thomas [head lad], who rides him every day and got him in top shape," he added.

FIRST PUBLISHED 2:53PM, JAN 1 2021
We've been running our horses on ground that isn't ideal and, while we've had some winners, this just shows what we can do on the right ground