Does the clock in Ireland tell a different tale for Cheltenham? 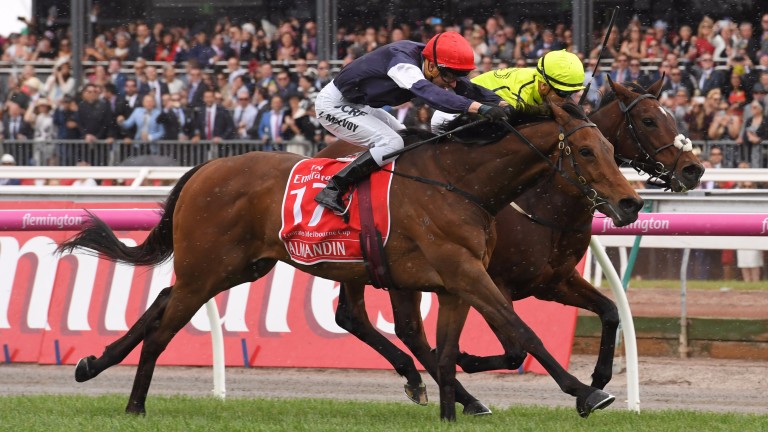 As we are all aware, jump racing has changed considerably over the last 20 years with the advent of Flat-bred horses and French imports.

I believe that as a result there is a distinct lack of pace, particularly in hurdle races, in which jockeys seem obsessed with holding on to their mounts before indulging in a sprint over the last half-mile.

At Aintree on November 15, with the ground good to soft, good in places, the cumulative time over standard amounted to 112.7sec for seven races, which even taking into account slightly increased distances is pretty high.

At Kelso the same day, on good to soft ground, the cumulative time over standard was an amazing 237.4sec for seven races, which would appear to support my argument.

On the other hand, at Down Royal that day, with the going good, good to yielding in places, the cumulative time over standard for seven races was 79sec.

Do these figures go some way to explaining why, when faced with the frenzied pace at the Cheltenham Festival, Irish-trained horses are more able to cope with a fast pace while the home-trained horses find it takes them out of their comfort zone?

McEvoy showed the way
It was a pleasure to see Kerrin McEvoy’s handling of Almandin in the Melbourne Cup, during which he coaxed the horse with hands and heels to win by a head, beating Heartbreak City, whose jockey had used the whip.

The long period of discussions over use of the whip, together with jockeys’ suspensions for breaking various rules, have been going on long enough.

It is time now to move on and improve the standard of racing by making it whip-free, as in Scandanavia. 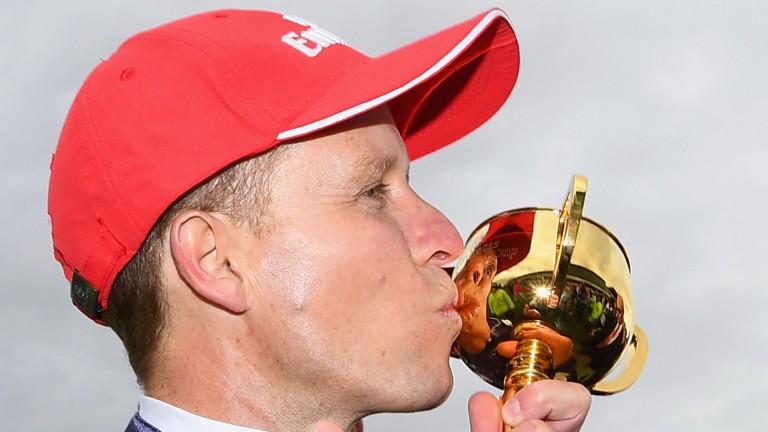 Kerrin McEvoy kisses the Melbourne Cup after coaxing Almandin to victory
Quinn Rooney
Many years ago on a visit to Sandown I witnessed from the grandstand a top jockey riding one of my favourite horses at the time. He was in the lead and coming to the final obstacle when he whipped the horse vigorously. The horse responded by sending him high over the fence.

A huge gasp came from the crowd and I turned to those nearby and said: “It serves him right, the jockey should have known this one does not accept being hit like that with the whip.”

I have been trying to get more people interested in racing over a long period, but a huge majority said they did not want to know because they did not like the use of the whip.

In my view, many members of the public would become racegoers if a ban were introduced, increasing interest and improving attendance figures at racecourses.
Mervyn Broom
Kingsbridge, Devon

Well done for the Freddy fund

I love Matt Chapman to bits on At The Races – as soon as I see him I start laughing. Some of the questions he asks on his On The Line programme, and indeed at racecourses, are so outrageous, but his knowledge of the sport is phenomenal and he can also be very respectful.

He showed this side of his character when the Hills family were mourning the loss of John, indicating that they were all together in the paddock but that their privacy needed to be respected.

And if he is interviewing winning connections in the paddock, unlike with some racing channels, he tells them to hurry off to see the horse.

The respectful side of him has never been more significant than over Freddy Tylicki’s accident at Kempton.

As Chapman says, Freddy and his family have a long, hard journey ahead of them and none of us can begin to imagine what they face in the future unless we have experienced a similar situation.

I have followed jump racing for many years now, admiring the jockeys who travel from one end of Britain to the other for a ride.

A few years ago I suffered a fractured sternum and bruised heart in a car accident. I was in hospital for four days and I was thinking that jockeys suffer, and indeed ride,with,far worse injuries than mine every day.

Well done Matt for setting up the fund for Freddy and to the people who have contributed so generously, and also for all the help and support provided by the Injured Jockeys Fund.

My thoughts, and those of the racing world, will always be with Freddy and his family.
Sue Newell
Melton Mowbray, Leicestershire

Look to the shops
Could the high street bookmakers not get together and make it possible to donate to support Freddy Tylicki in their shops?

Best of luck in recovery
I was there for Freddy Tylicki’s two Group 1 victories in France, on Speedy Boarding at Deauville and Chantilly.

On the Monday after the Arc he rode Very Dashing at Maisons-Laffitte for Helena Springfield and Luca Cumani and as they went round the paddock I wished him the best of luck and he kindly thanked me.

He probably won’t remember it with what has happened since.

I can only wish him the best of luck and health now in what will be a long and difficult recovery period.

Hopefully something can be found in racing for him if he wishes it.
Bill Jolly
Lancaster

Regarding the Ray Gilpin Challenge – Go Racing in Yorkshire Summer Festival, I would like to thank Dave Yates for his amazing tribute to my late husband, Ray Gilpin, in cycling around the Yorkshire tracks during July to raise money for Jack Berry House.

Dave had lots of support along the way, and thanks too should go to everyone involved for participating and helping to raise money for such a worthwhile cause.

Together with Dave’s JustGiving Page, and other considerable donations, the total amount raised was £8,560.
Sue Gilpin
Harrogate, North Yorkshire

Too easy on interference

In my view the stewards are not consistent in their decisions nor hard enough on those who are clearly in breach of the interference rules when such offences carry a threat to riders’ careers and even their lives.

The BHA needs to get the stewards to properly penalise jockeys. If that were the case, I am sure riders would be more respectful and they and their colleagues would be safer.

Our horse was recently caught up in interference at Chelmsford and it is when horses are snatched up quickly, as in this incident, that injuries happen that can take away the horse’s career, in addition to the threat posed to the rider. We are lucky our horse will live to fight another day.

Stewards on the whole do a very good job, but they seem to go easy on incidents like this, which are more dangerous than they obviously think.
Gary Middlebrook
Windermere, Cumbria

I organised a demonstration hound trail at Carlisle racecourse on Monday from which £400 was donated to Jack Berry House, with jockeys Richard Johnson and Brian Harding receiving the cheque.

There was a mention of this in the Racing Post, but it was reported that the funds were raised from a display by foxhounds. The dogs in the display were, in fact, trail hounds.

Trail hounds derived from foxhounds many decades ago and eventually two associations were formed and are still active – I have the first results book, dated 1856.

But trail hounds do not chase foxes. From a very early age they are trained to follow aniseed oil and paraffin mix.

The idea of having these demonstration hound trails is to enlighten those spectators who do not know what hound trailing is and to make donations to our charities.

Initially, we collected £800. Half was split between cancer, air ambulance and local community charities, and many more, while, thanks to the hospitality of Carlisle racecourse and the generosity of the spectators – who love to see the hounds – we gave the other half to Jack Berry House through the Injured Jockeys Fund.
Jenny Horn
President
Border Hound Trailing Association

The Racing Post welcomes letters from readers. They may be sent to editor@racingpost.com

FIRST PUBLISHED 5:26PM, NOV 12 2016
It was a pleasure to see Kerrin McEvoy's handling of Almandin in the Melbourne Cup