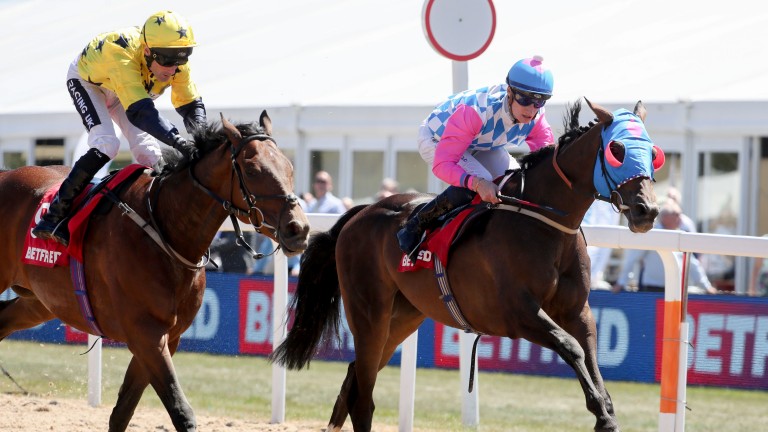 There are some talented stayers lining up for this handicap, but only one of the six runners has ever won at Newcastle and two of them have yet to even contest a race at the Tapeta venue.

Cosmelli is the track specialist. He is a dual course-and-distance winner who is, in effect, 1lb lower than for the last of those wins in July if rider George Bass’s 7lb allowance is included.

It’s not always wise to take into account a jockey’s claim, but I have no issue when a rider is value for it and Bass has looked that in recent weeks. Two of his last seven mounts have won.

Rochester House was denied a Glorious Goodwood victory by just a neck when second to Just Hubert in July, but is making hay now and will bid to complete a hat-trick.

It’s not often you see a hat-trick seeker lining up off a lower mark than for the first of their two wins, but Rochester House won an Ascot handicap in October off 92 and competes off just 88 here. 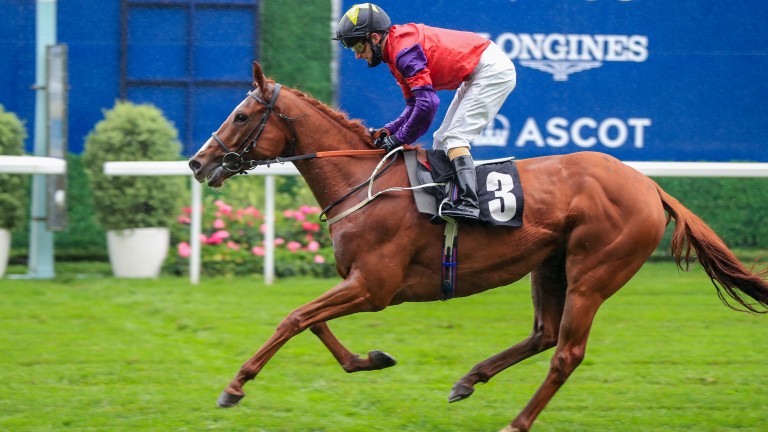 The explanation is simple. Rochester House is considered to be a 6lb better horse on turf than he is on the all-weather and that assessment remains, despite proving equally adept on Polytrack when successful in a two-mile handicap at Lingfield 19 days ago.

His only run on Tapeta at this course was a good second on his debut in April last year and, if he can repeat his turf form on this surface, he is handicapped to complete the hat-trick.
Analysis by Graeme Rodway

Ben Haslam, trainer of Solo Saxophone
He's recovered well from Newmarket where he carried a lot of weight in soft ground. He's back to being fresh and well and it will be very interesting to see how he gets on with the surface. He trains on it every day, so we certainly hope it doesn't hold any fears. He is very versatile in that he can quicken well off a slow pace, which you would usually expect a six-runner race over two miles. With two of Mark Johnston's in there you could assume more of a gallop, but the great thing about him is, it suits him either way. 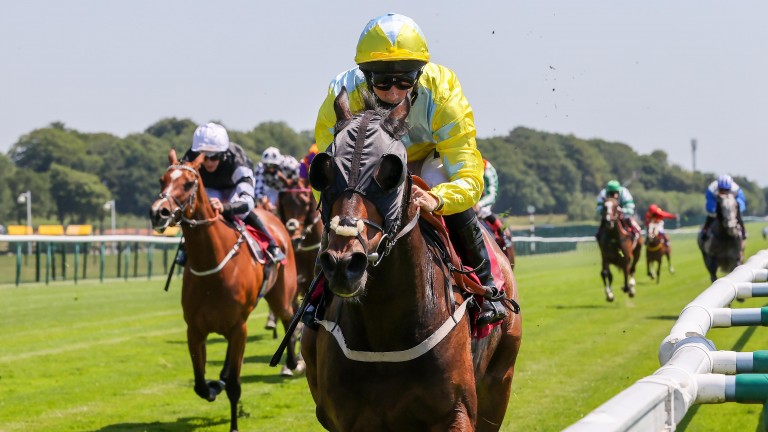 Solo Saxophone has been in fine form on the Flat since joining Ben Haslam from Dan Skelton
John Grossick (racingpost.com/photos)

Gay Kelleway, trainer of Cosmelli
He'd been off with a small injury but his couple of comeback runs have been nice. They didn't really go fast enough for him last time and Kempton isn't his track, but Newcastle certainly is. It's going to be competitive but he's in good order and George Bass rode me another winner on Saturday night, so he's in good form as well, while taking that vital 7lb off I think is a major help on the all-weather. We just need a nice genuine pace rather than stop-start and he's a horse that gets bored if you try and make the running with him.

Alastair Donald, racing manager to King Power, owners of Cleonte
He had a pretty serious injury in January, so it's just great that he's back on a racecourse. He showed that he still had his old enthusiasm on his comeback run and hopefully can build on that.

FIRST PUBLISHED 6:00PM, DEC 20 2020
With two of Mark Johnston's in there you could assume more of a gallop, but the great thing about him is, it suits him either way