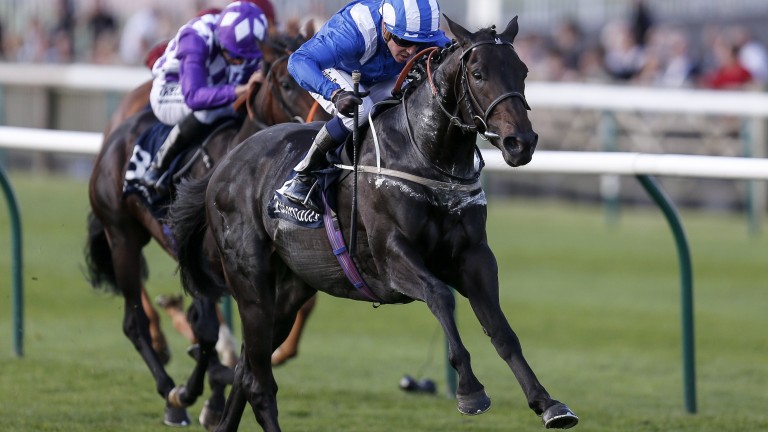 Elarqam, who finished only sixth when starting favourite for the Irish 2,000 Guineas, is undergoing further tests as trainer Mark Johnston tries to get the bottom of what went wrong at the Curragh on Saturday.

Johnston revealed the colt was slightly lame after finishing seven and a quarter lengths behind surprise winner Romanised, and there was mucus in a scope taken on Monday morning.

But he said that may not be enough to explain why Elarqam, who had finished ahead of Curragh third Gustav Klimt when fourth in the 2,000 Guineas at Newmarket, had come under pressure from halfway in Saturday's Classic.

"Elarqam was slightly lame post-race but not badly," he said. "He was sound this morning. He was scoped post-race and scoped this morning and there was a little bit of mucus there, but not enough for us to feel it could explain the running because he seemed all at sea during the race and quite distressed afterwards.

"It was bad enough to be able to say it clearly wasn't his running. I know he's a horse with not a lot of form, but if he'd finished third or fourth we could have said maybe that's his running. But in relation to the horse he beat in the Guineas and the whole manner of his run he was clearly in trouble at halfway.

"We can put a line through it but we've got to try to investigate why it happened."

Despite missing out at the Curragh, Johnston did finish the weekend with a Guineas in the bag after Nyaleti ran away with Germany's version, winning the German 1,000 Guineas in Dusseldorf by four and a quarter lengths.

"To win it so impressively was good," said Johnston. "She's not in the Coronation – we had her entered up in everything but decided after the Nell Gwyn run to skip the Coronation.

"The owner [Chris Batterham] said yesterday he would be happy to supplement, though I'm not sure we would do that.

"She has lots of other options. The Falmouth is a possibility. Stepping up in trip for the Nassau is a possibility, and a quite likely one will be the Beverly D at Arlington, which could suit her down to the ground."