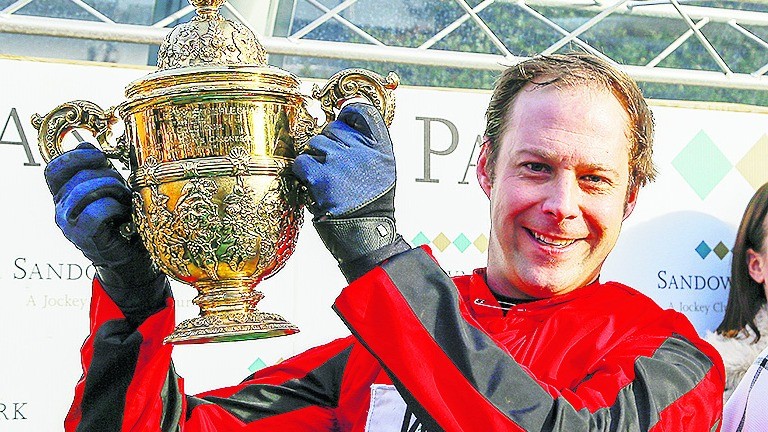 He may be creating a piece of racing history, but amateur rider Guy Disney is more interested in getting to fulfil a childhood dream.

Disney, a former captain in the British Army who had part of his leg amputated when his vehicle was hit by a rocket-propelled grenade in Afghanistan in 2009, will be the first amputee rider to compete over the National course, taking the ride on Gallery Exhibition for Kim Bailey.

That feat does not carry too much significance for the rider, but his first experience of the course is something he can't wait for.

"The leg thing is done and dusted, people can make of that what they will," Disney said. "I'm not there trying to make stuff for the history books, I'm doing it because I want to do it.

"I can't wait and it's really exciting, like any other jockey riding in it. There are two races in the amateur calendar that you want to be a part of. One's at Aintree and one's at Cheltenham. It's a race you dream of riding in as a little boy starting out."

While it will be Disney's first experience of the course, Gallery Exhibition has been here before, finishing fifth in the Topham Chase in 2016.

Disney purchased the 11-year-old as part of the Somerset Racing GD syndicate before his seasonal reappearance and was aboard for the first time at Musselburgh last time out, where the pair finished third.

Regarding his chances, he added: "It's an open race. An outsider has more of a chance at Aintree as it's a bit more unpredictable. We'll look to get in a rhythm, letting him enjoy it and see how he goes.

"Hopefully there will be some good, fresh ground. He was foot-perfect when I schooled him at Lambourn last week which was really encouraging."

For the second season running, Paul Nicholls won the Foxhunter Chase at the Cheltenham Festival with Pacha Du Polder and he has two chances of securing a Foxhunters' festival double.

Pacha Du Polder, who was fourth in the race last year, does not line up, with Nicholls instead relying on Unioniste and Wonderful Charm. 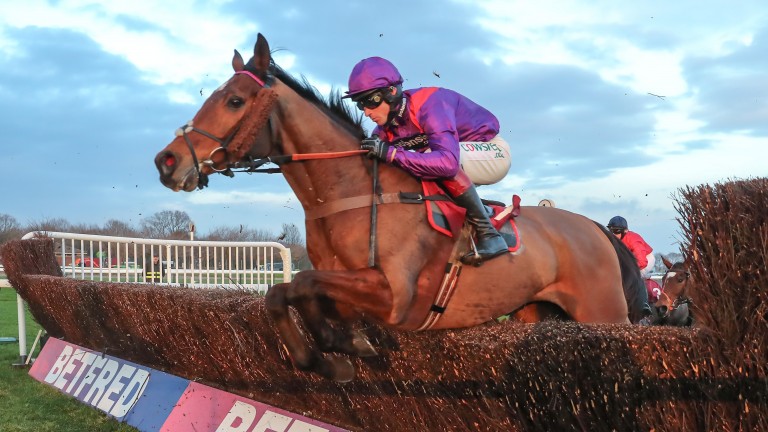 Prior to Cheltenham, Nicholls felt Wonderful Charm was his best chance of a winner at the meeting but the ten-year-old was pulled up in the Foxhunter, while Unioniste finished down the field.

The trainer said of the pair: "Unioniste got put in his place at Cheltenham. Normally the ground would be too quick for him but, if it's soft and testing and he is on a going day, he has a chance. He tends to get a bit sulky in big fields nowadays.

"Wonderful Charm could do with it drying out enormously. He didn't go at all at Cheltenham on that ground. This track will suit him."

One horse who will definitely enjoy making his way round the course is On The Fringe.

The 13-year-old won the race in 2015 and 2016, though came unstuck in his bid for a hat-trick 12 months ago, never recovering from an early mistake at The Chair and was eventually pulled up. 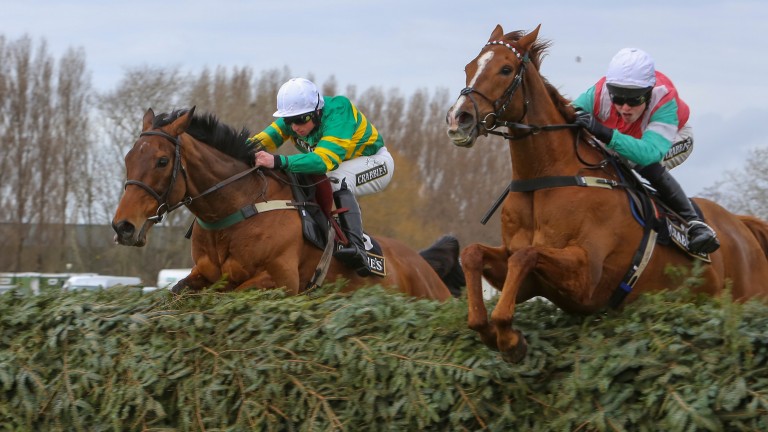 On The Fringe (left): bids for a hat-trick in the race
Mark Cranham

Trainer Enda Bolger is hoping underfoot conditions will be better than at Cheltenham last month, when On The Fringe finished ninth behind Pacha Du Polder.

"We're hoping the ground will be better than it was at Cheltenham and if it isn't too testing, we'll be hoping for a good run," Bolger said.