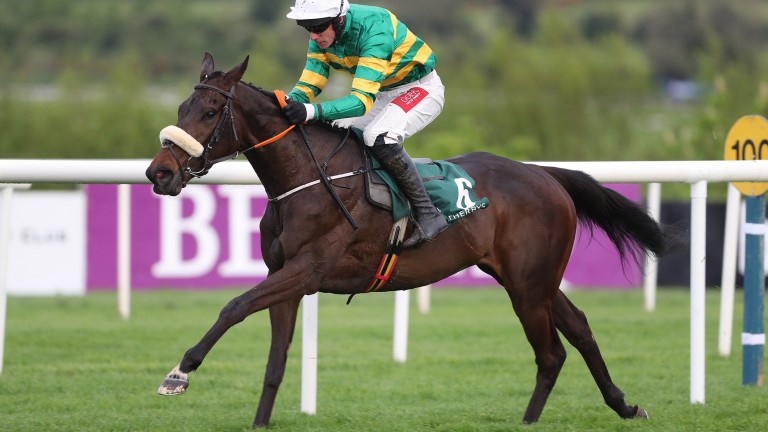 Gypsy Island, ante-post favourite for the Dawn Run Mares' Novices' Hurdle at the Cheltenham Festival has been ruled out for the season after sustaining a leg injury.

A general 4-1 shot for the race next March, Gypsy Island's absence for the remainder of the season is a cruel blow for trainer Peter Fahey and connections.

Unbeaten in four bumper starts, including at Grade 3 and Listed level, the daughter of Jeremy was expected to take high rank among the novice hurdlers this season.

Speaking on Wednesday, Fahey said: "Unfortunately Gypsy Island has met with a setback. She has a small fracture on a hind leg and won't be running this season.

"It's a huge disappointment for everyone in the yard and for JP McManus."

Fahey added: "She had been working great and we were looking forward to getting her back out again over hurdles next week and going on to run in some of the good mares' races.

"But she is only five so there is plenty to look forward to with her when she recovers."

FIRST PUBLISHED 4:57PM, NOV 20 2019
It's a huge disappointment for everyone in the yard and for JP McManus