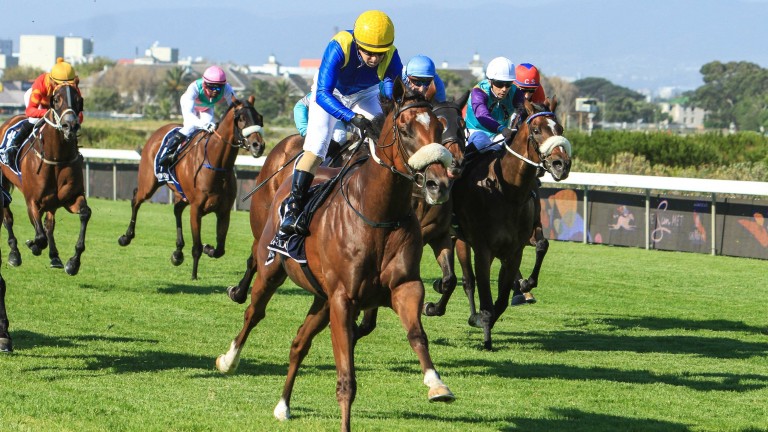 The group which operates the majority of racecourses in South Africa warned on Monday it was facing bankruptcy as it emerged the sport's shutdown could extend for a further four weeks, despite earlier plans for a resumption from last Friday.

Phumelela Gaming, which operates tracks including Turffontein and Vaal and provides pool betting services, released interim results that referenced a "dire situation" for horse racing in the country and outlined its need for financial relief.

That situation has been compounded by the ongoing shutdown of South African racing, which missed an intended return on Friday and now faces an extended wait before resuming action.

South Africa went into the fourth stage of lockdown last week – at which point it was believed racing would be permitted to continue – but the National Horseracing Authority (NHA) now expects the government's green light will only come in the next stage of the country's coronavirus response.

The Racing Post understands the NHA believes that will come in around three to four weeks' time, at which point they will request the sport's resumption again.

This confusion meant Turffontein's three Group 1 races, the Horse Chesnut Stakes and South African Derby and Oaks, were rescheduled from last Saturday to Sunday, May 10, but are now unlikely to go ahead unless there is a U-turn on resumption from the government. There are fears that the races may be taken off the 2020 calendar completely.

Patrick Davis, racing executive, said: "We had provisionally rescheduled the SA Derby, SA Oaks and Horse Chestnut Stakes from 2 May to 10 May – but given the likely scenario that we're still not permitted to resume by then, further discussions within the industry will need to take place around the Pattern races this year.

"We've already delayed the Pattern by a month in the hope that we might be able to resume within that time frame and run these important races in a constricted season, but it'll be back to the drawing board if we can’t and it may well be that certain Pattern races will have to be cancelled this year if they are unable to fit into a further constricted time period. It's a work in progress."

On Monday the country's major racecourse group Phumelela revealed its losses for the six month period that ended January 31 increased to R115.1 million (£4.96m), from R61.4m (£2.64m) at the same point last year. They may now file for voluntary liquidation.

A statement from the group read: "At the date of this results announcement the prospects for horse-racing, other sports events and betting are uncertain and the board is in no position to provide reliable guidance.

"The group is operating under onerous conditions, much of which is beyond its influence. Phumelela seeks further negotiations with the broader horse racing community to find a resolution to the dire situation in horse racing and agree commercially sustainable solutions.

“The group remains engaged in discussions aimed at raising capital. Should these discussions not prove conclusive soon, the board will have to decide on whether there is any reasonable prospect that the Group’s business can be rescued, or whether to make application for voluntary liquidation.

"The board’s current view is that even if financial relief can be obtained, a relief package should be negotiated as part of a business rescue plan. The board will make an announcement in this regard in the near future."

No Sunday return in South Africa as Greyville fixture is cancelled

FIRST PUBLISHED 2:47PM, MAY 4 2020
It may well be that certain Pattern races will have to be cancelled this year if they are unable to fit into a further constricted time period