Did you hear the old one about the horse who walked into a bar? 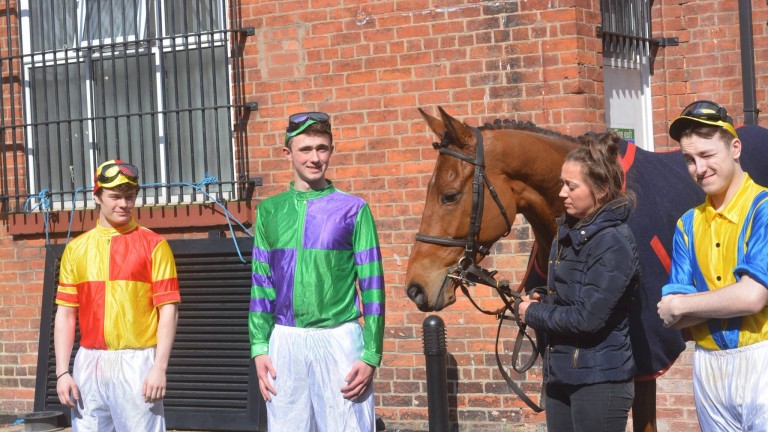 A horse walks into a pub, and the bartender asks “Why the long face?”

Last Sunday saw the classic joke come to life, as Bulls Head made the trip to visit a pub of the same name in Cheshire, after deputy manager Felix August and his regulars backed the six-year-old for his two February wins.

“We saw him on TV at Newcastle last month and knew we had to back him,” said August. “He won, so we tracked his next race at Ayr, and he won again!”

August was keen to bring Bulls Head from Cumbria to meet his adoring fans, so got in touch with trainer Martin Todhunter.

“It’s amazing what Google can do. I found Martin’s email so asked if we could get him down for the day. He and the owner were really enthusiastic about it.”

Both accompanied Bulls Head to the pub, where they fielded questions from the regulars on the horse’s training, form and history.

With such a great turnout, the horse could become a regular himself.

Rain couldn’t dampen the enthusiasm of the Pony Club Area 9 members who descended on Cheltenham for a pony racing taster morning on Good Friday.

No fewer than 40 children took up the opportunity to see behind the scenes at Cheltenham and learn the basics of the sport, including a stint on an Equicizer, a course walk with Tom Bellamy and Ryan Hatch, and jockey coaching from Robert Bellamy and Mark Bradburne. 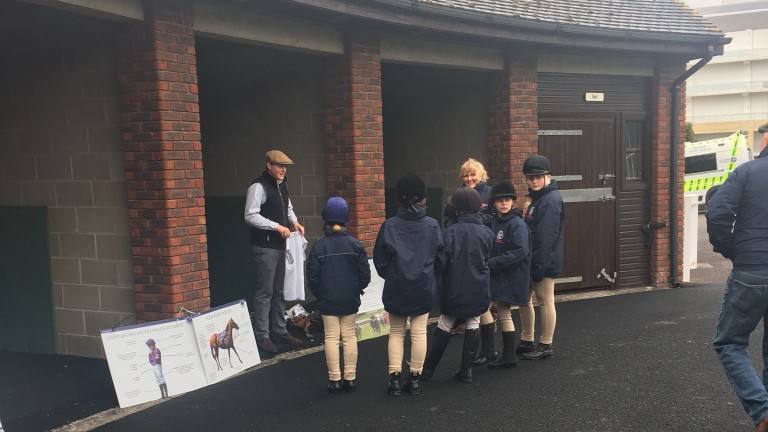 Pony Racing Authority chief executive Clarissa Daly said: “The day is one of eight run throughout the year, and helps demystify the sport – as much for the parents as for the children.”

The afternoon played host to a nine-race card – for which trainer Matt Sheppard and former Cheltenham managing director Ed Gillespie filled the roles of flagman and judge.

The next Pony Club race day takes place at Ascot on Thursday.

FIRST PUBLISHED 6:00PM, MAR 31 2018
It’s amazing what Google can do. I found Martin’s email so asked if we could get him down for the day

'I was caught by the dream – and it's gone on to become a compulsion' The drugs bust, the stun gun and the most extraordinary Royal Ascot finish 'Life moves on' - Sir Michael Stoute looks forward after his most painful year Alastair Down is invited into the wonderful world of the truly unique Derby hero Steve Cauthen: 'I was bulimic at times - and at some point you crack' 'I didn't steal it' - how Steve Cauthen broke the Derby mould on Slip Anchor
Bookmaker
Price
E.W. Terms
bet365
Open Account
Ladbrokes
Open Account
William Hill
Open Account
Coral
Open Account
Paddy Power
Open Account
Betfair
Open Account
Sky Bet
Open Account
Sporting
BetVictor
Boylesport
888sport