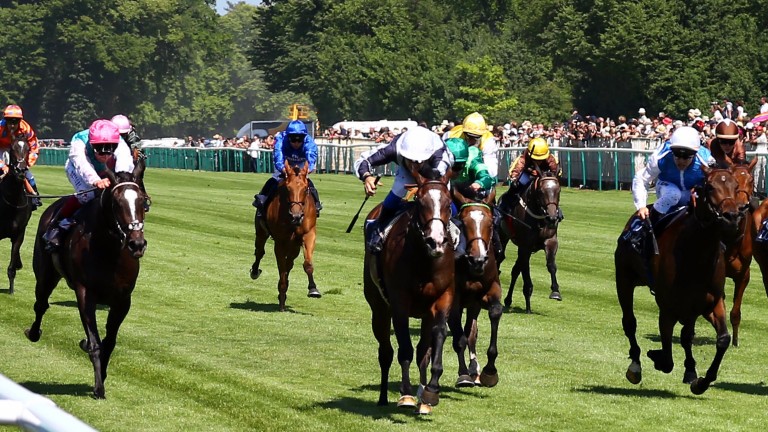 Connections will be hoping that the shocks will be out of the way at Deauville for this week, after Classic heroine Senga was confirmed a runner in Saturday’s Shadwell Prix de la Nonette, where she could resume rivalry with Shutter Speed.

The Niarchos family’s daughter of Blame landed the Prix de Diane Longines at Chantilly on June on her first start over an extended mile and a quarter and both her owners and trainer Pascal Bary are keen to keep to the new trip.

Senga completed her work under Stephane Pasquier at Chantilly on Tuesday and will use the Nonette as a launchpad for what is scheduled to be an exciting autumn campaign.

"Senga makes her comeback in the Nonette on Saturday and the plan after that, all being well, would be the Prix de l’Opera and then the Breeders’ Cup Filly and Mare Turf at Del Mar," said Niarchos racing manager Alan Cooper.

Senga had looked the best filly in France at the beginning of the year but, after disappointing in the Poule d’Essai and then being beaten just two weeks before the Diane in the Prix de Sandringham, her participation at Chantilly proved an inspired decision by those closest to her.

Shutter Speed looked the biggest danger to Senga at the furlong marker but was unable to go with her late on and finished a length and a half behind the winner in fourth.

John Gosden then withdrew her from the Nassau Stakes on account of the soft ground and will be hoping the rain stays clear of Deauville this weekend.

FIRST PUBLISHED 9:11AM, AUG 17 2017
The plan after that, all being well, would be the Prix de l’Opera and then the Breeders’ Cup Filly and Mare Turf at Del Mar