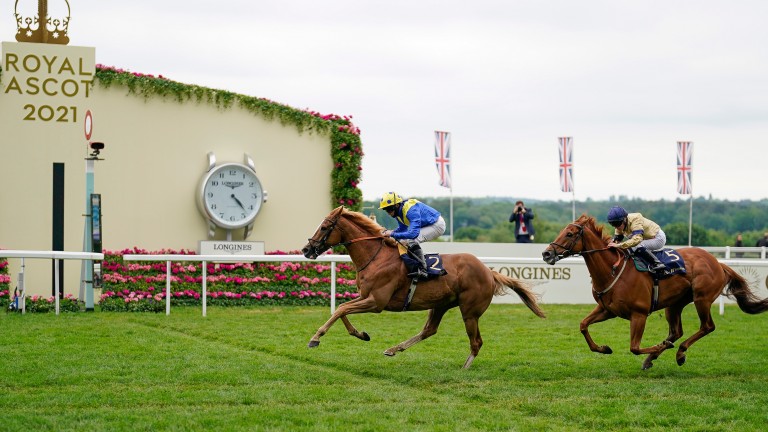 The golden oldies sparkled in this year's Diamond Jubilee as a pair of sprightly seven-year-olds showed the whippersnappers how to sprint when Dream Of Dreams gunned down Glen Shiel to make it third time lucky in the final Group 1 of the week.

This was a juicy chunk of compensation for Dream Of Dreams. He was a head away from waving goodbye to Hello Youmzain in 2020 and another stride was all he needed to spoil Blue Point's swansong in 2019.

This time there were no hard-luck stories penned, just a heartwarming tale that made you feel good about the game.

Before a race Dream Of Dreams looks like he should be running in the Eider. He gives you the impression he would prefer to be watching the race down in the local boozer.

"He has got more and more relaxed, he doesn’t go to post like a sprinter, does he? I thought he was going to pull up halfway down. He is more relaxed, and a little better. He’s fully developed and strong now, but it’s his mind – he’s really, really chilling."

Once the cork was popped though, Dream Of Dreams overflowed with fizz. He did an uncanny impression of El Astronaute from the stalls, before Ryan Moore restrained him into mid-division.

Art Power was doing best on the nearside and looked like he might have gone beyond recall two furlongs out, but it boiled down to a battle between the seven-year-olds close home.

There was a fleeting moment when Dream Of Dreams faced an all too familiar destiny but this time he was not to be denied. He did not take no for an answer and he pulled out more to edge a length clear of Glen Shiel, with Art Power three-quarters-of-a-length further back in third.

It was an 82nd Royal Ascot success for Stoute, who feared he might end the most important week of the year empty-handed, while Moore was celebrating winner number 65 at the famous fixture.

Dream Of Dreams, meanwhile, was only the second seven-year-old in half-a-century to take the Diamond Jubilee. 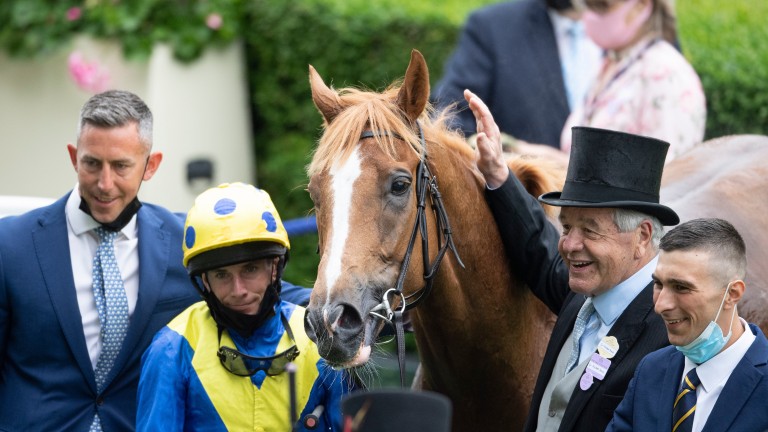 Stoute added: "He loves a little cut in the ground, but I don’t think he’s run on ground quite as soft as this, so I was a little concerned. Ryan [Moore] had it all planned and it all worked out, and told me what he was doing, so I said, kick on.

"Any winner here is a great thrill, particularly a Group 1, but this fellow has just been touched off twice, so I'm pleased for him. He deserves it.

"I thought I wasn’t going to have a Royal Ascot winner this year – this was the last runner we had. It's been tough. It’s always been tough, but it’s tougher."

Moore paid tribute to his old ally for managing to produce Dream Of Dreams in tip-top shape for three years in a row.

The winning jockey said: "Sir Michael has been great to me throughout my whole career. He has got this horse, who is seven now, to perform here three times in a row and it's great that he's able to win today.

"Dream Of Dreams has been a great horse. He has got better every year. A stiff six [furlongs] with cut in the ground is perfect for him. Any winner here is important and the bigger the race, a prestigious race like this, is great."

Archie Watson hit yet another crossbar and must be wondering how he did not hit the back of the net this week. The stewards snatched the Commonwealth Cup from his grasp and this time an evergreen sprinter was just too good.

However, as ever, the young trainer was delightful in defeat. 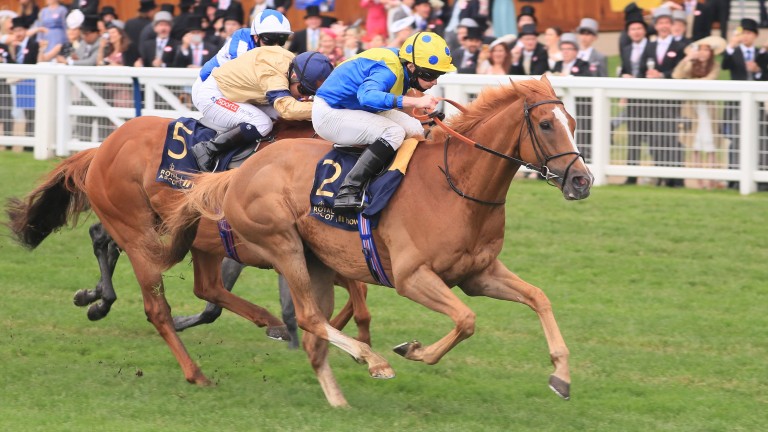 Watson said: "I'm delighted with Glen Shiel. He tries so hard. Hollie said that Ryan came to her late and whilst Glen Shiel kept on battling, she just wished they had come to him earlier as he just keeps on finding.

"He has backed up his Group 1 win with another solid run in a Group 1 and we'll keep on rolling through these races during the summer."

Doyle said it was an "unreal run" from the runner-up, while Art Power's trainer Tim Easterby said the third ran "an absolute blinder."

They both did, but on this occasion they could not live with a golden oldie whose passport will need checking. Seven, you say? He certainly does not look or act like it.