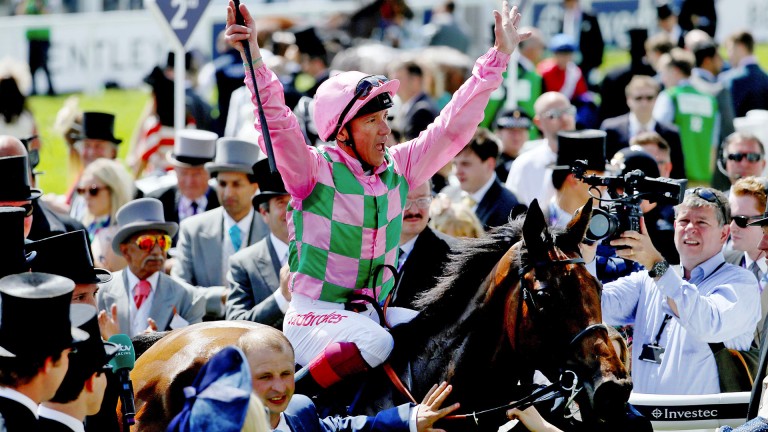 Frankie Dettori, the most recognisable face in horseracing, has dismissed growing speculation he was about to shock the sport by announcing the end of his glittering career.

Dettori, a multiple-Classic winning rider who was slingshotted to stardom by partnering all seven winners on a card at Ascot in 1996, struck on Wilamina in the Group 3 Princess Elizabeth Stakes at Epsom on Saturday and then took the opportunity to deny a rumour that had mushroomed throughout the morning and early afternoon.

"There's a rumour saying I'm going to retire after the Derby, but I'm not. I'm definitely not retiring; it will be another at least another five years."