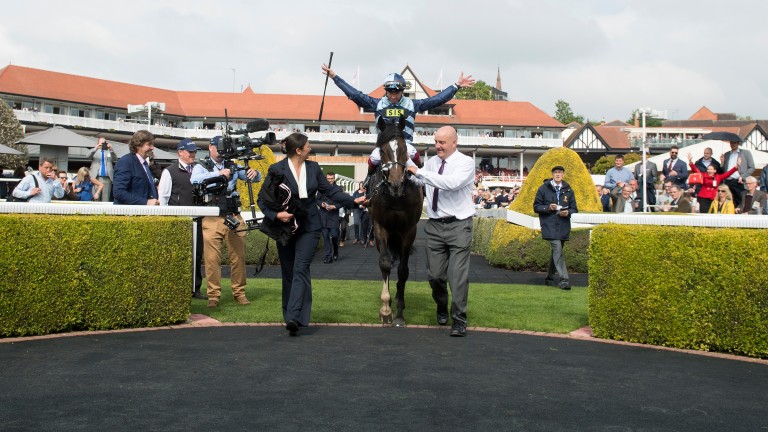 Western Hymn, ridden by Frankie Dettori, collared favourite US Army Ranger in a thrilling finish to the Group 3 Ormonde Stakes.

John Gosden and Dettori had denied Ryan Moore and Aidan O'Brien when Enable landed the Cheshire Oaks on Wednesday but Ballydoyle had conquered all on the Roodee until US Army Ranger was caught in the final strides by Western Hymn.

US Army Ranger, winless since lifting the Chester Vase last year, looked sure to win inside the final furlong before Dettori got the enigmatic Western Hymn rolling down the outside.

The six-year-old was registering an eighth career success and fourth at Group 3 level to go with his Group 2 win in the 2014 Prix Eugene Adam.

Dettori said: "He's a very hard horse to gauge because he hits a flat spot, but if you get there too early he stops and I thought I'd timed it just about right but he hit the brakes on the line and I wasn't so sure."