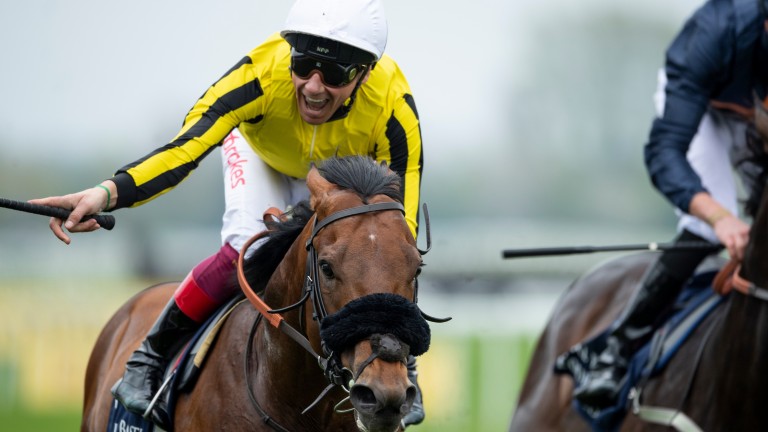 George Scott will have his first runner in a Classic and will have Frankie Dettori in his corner with him after James Garfield sealed a place in the Qipco 2,000 Guineas field with the defeat of Expert Eye.

Beaten five and a half lengths by Expert Eye in last year's Vintage Stakes, James Garfield turned the tables on the Sir Michael Stoute-trained colt when clinching a three-quarters-of-a-length victory.

Just a length and a half covered the first four as Hey Gaman and Raid completed a blanket finish for the Group 3 prize, after which Scott, 29, was able to commit to the Newmarket Classic knowing he will have Dettori's considerable experience to draw on.

"Frankie is keen to go to the Guineas and I don't see why not," said Scott, in his third full year with a licence.

"He finished off really well and was tough again. It's his attitude that sets him apart, he just has this will to win. Credit to the team at home because he takes plenty of managing. It's a great story for all of us."

Scott trains James Garfield for his father-in-law and brother-in-law Bill and Tim Gredley, and the victory meant a lot to Dettori.

"I was a neighbour with Bill for 18 years and am good friends with Tim and George," said the jockey. "James Garfield is a little horse with a massive heart. You can see when he gallops he gets his head really down like a Jack Russell.

"He has a lot of courage, handles any ground, any undulations. By the way he won he is entitled to take his chance. I'm not going to say he is going to win but he is entitled to be there. I'm available to ride him in the 2,000 Guineas."

Scott added: "Frankie is so perfect for these big days because he is just so cool whereas I am shaking.

"I would imagine Expert Eye is going to come on for the run. He was ridden with the future in mind. He was very relaxed in the paddock. But there is no way we would be swapping ours. He was beaten fair and square and we were just going away again at the line." 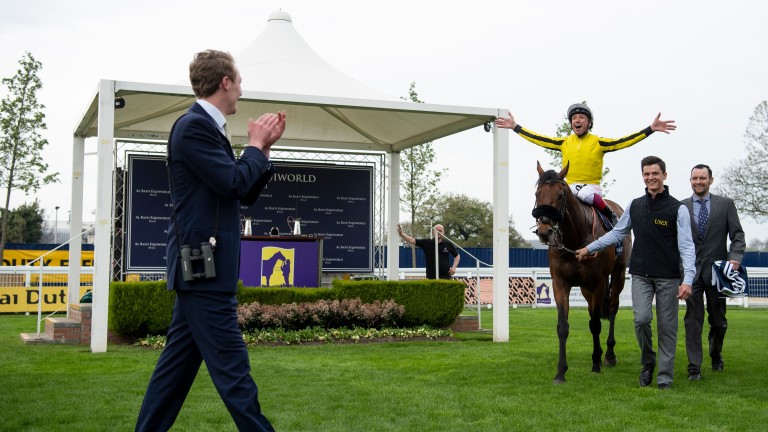 Expert Eye, so impressive at Goodwood, had got wound up before the Dewhurst, in which he finished last, but accompanied by a handler at the start this time there was no repeat.

Stoute said: "He's come a long way because we've had difficulty with him in the stalls in the spring. He was pretty calm today and just needed a little shove in. He wants better ground, quicker ground and we'll see how he comes through this.

"We're in no hurry to make a decision about which Guineas to go to. We know he's smart and he's improving all the time. This was a lot better than when we schooled him in Newmarket. Today was pretty good."

All-weather bonanza on Tuesday with 226 runners at Kempton and Newcastle 'Frankie had ridden seven winners and I said we might have lost between £8-10m' Who is racing's Lionel Messi? The leading seven jockeys primed to shine in 2020 'Enable looks magnificent' - Frankie Dettori eyeing return of dual Arc winner