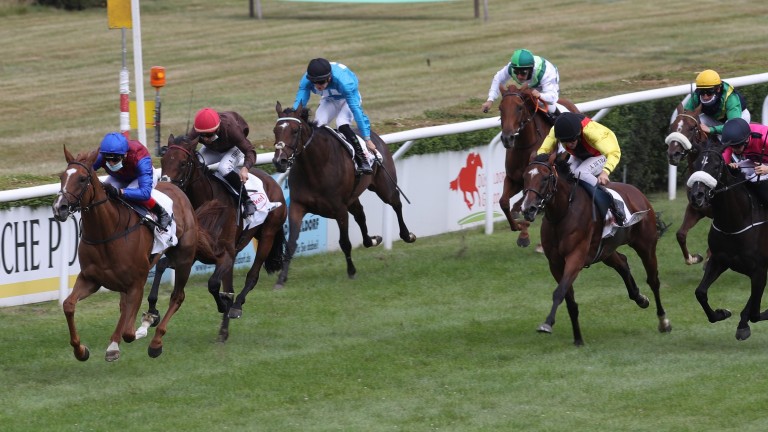 Frankie Dettori broke new ground by riding his first winner of the German Oaks at Dusseldorf on Sunday.

He made most of the running on Miss Yoda, who faltered briefly early in the straight but fought back well to land the 162nd Henkel-Preis der Diana by three-quarters of a length at odds of 53-10.

The race, worth £254,237 to the winner, far outstrips the Epsom equivalent the Investec Oaks, which yielded a £142,000 first prize to the connections of Love, or the Juddmonte Irish Oaks, for which the Even So team picked up £123,000. However Fancy Blue did collect £290,000 in the Prix de Diane at Chantilly and £142,000 at Goodwood last week in the Nassau Stakes, the meeting's second most valuable prize after the £156,000 Sussex Stakes.

The winner, who had taken the Lingfield Oaks Trial in June, is trained by John Gosden for Georg von Opel, the billionaire great-grandson of the founder of the German car manufacturer of the same name. 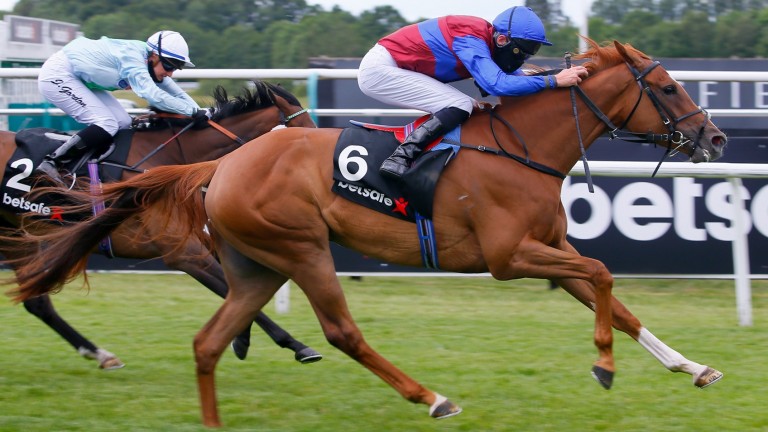 Of Miss Yoda, Dettori said: "She jumped good. I wanted to be in front and I was in front by the bend. She was flowing with a lovely action.

"When I turned for home she was thinking of going back to the stables and she stopped a bit but then I said 'come on, concentrate' and she went."

Miss Yoda was also Gosden's first German Oaks winner and the first British-trained winner of the race since Dancing Rain scored for William Haggas and Kieren Fallon in 2011.

Dettori was riding in the race for the first time since finishing third on Architecture in 2016.

FIRST PUBLISHED 3:28PM, AUG 2 2020
When I turned for home she was thinking of going back to the stables and she stopped a bit but then I said 'come on, concentrate' and she went