Dettori and Gosden celebrate 500th winner together in Britain 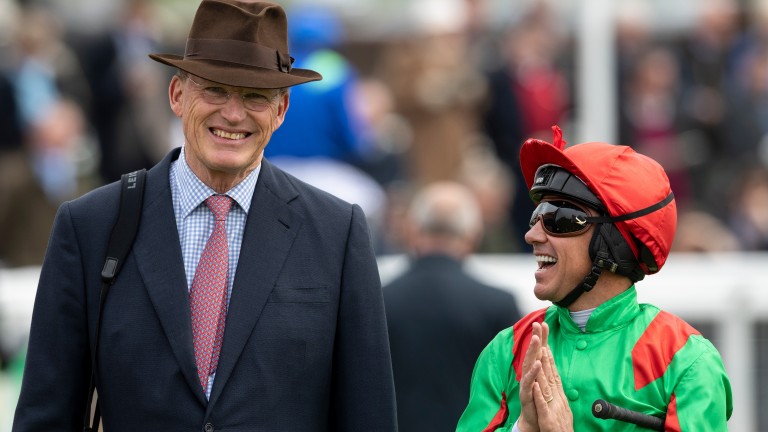 The enduring partnership of Britain's leading Flat trainer and racing's most recognisable face recorded its 500th winner in Britain on Thursday when John Gosden's Terebellum won at Goodwood under Frankie Dettori.

A potent force at the highest level of Flat racing, Gosden and Dettori had been on 499 winners since Stradivarius struck in the Yorkshire Cup at York last week.

They moved onto the milestone when Terebellum, who is owned by Princess Haya, won the 1m2f fillies' maiden on the first day of Goodwood's May meeting.

Dettori, who has likened his twice mentor to a father figure, rode his first winner for the Newmarket trainer at Redcar when Heisman won a maiden in 1989 in the colours of Thomas Tatham.

"I didn't know that," said Gosden. "It's been good. He's a pleasure to work with when he behaves! I'd forgotten about Heisman; it was my first year back here from America."

Dettori first linked up with Gosden in the early 1990s when a contract to ride in Hong Kong fell through. 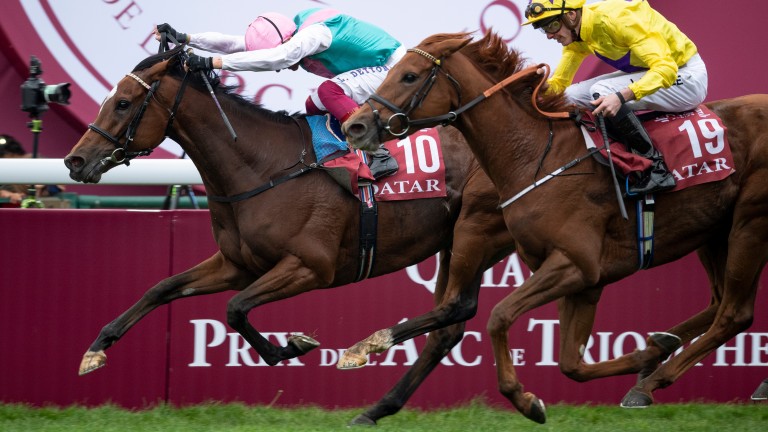 The charismatic Italian, whose CV is littered with nearly all of the sport's major prizes, then became Sheikh Mohammed's retained jockey and his success with Godolphin propelled him to superstardom.

When that relationship ended in 2012, the 48-year-old soon found a role with Sheikh Joaan Al Thani's burgeoning Qatar Racing operation, but arguably sealed his return to the big time on Golden Horn, Gosden's brilliant colt who lit up the 2015 season when his triumphs included the Derby and Prix de l'Arc de Triomphe.

Since then, an Oaks, Irish Oaks, two Arcs, a King George VI and Queen Elizabeth Stakes (all Enable) and Gold Cup (Stradivarius) have followed along with plenty of other notable successes for the deadly duo, who also won the 2008 Breeders' Cup Classic with Princess Haya's Raven's Pass.

FIRST PUBLISHED 5:48PM, MAY 23 2019
It's been good. He's a pleasure to work with when he behaves! I'd forgotten about Heisman; it was my first year back here from America