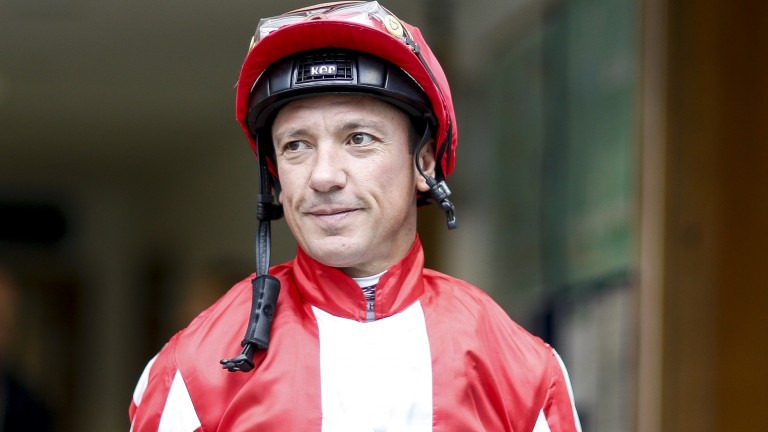 Frankie Dettori believes his Qipco 1,000 Guineas mount, Altyn Orda, will run a big race at Newmarket on Sunday in what the world's most famous jockey feels is a wide-open fillies' Classic.

On Tuesday Dettori's 2,000 Guineas ride had been confirmed as James Garfield, following Without Parole's withdrawal through a setback, and his mount on Sunday is a shorter price than James Garfield, being a general 16-1 shot, with the colt 20-1.

"I went to see Roger Varian this morning and we watched a video of Altyn Orda," said Dettori. "She's interesting because in both of her races she was sharp and really finished the race strongly. The mile will suit her. It looks wide open but I think she'll run a big race."

He said: "I'm looking forward to riding Lah Ti Dar. She won very impressively at Newbury by six lengths and is bred to die for. It was a beautiful winning debut so I can’t wait to see what she’s made of at the weekend."

Dettori will be hoping this Sunday is as productive as last Sunday, when he partnered Cracksman to an impressive victory in the Group 1 Prix Ganay at Longchamp.

Dettori said in his Ladbrokes blog: "The way Cracksman made his comeback was just so encouraging. If it was up to me Enable and Cracksman would never meet! I really can’t say who I prefer. Now we'll wait for the mare to come back.

"I posted a picture of my foot on Twitter . . . a nice blue toe! I was taking the saddle off Cracksman and the big lump stood on my toe! I tried to push him off me but there was no chance, he weighs so much! I'm fine though and have been to the gym plenty. All is good."

FIRST PUBLISHED 4:10PM, MAY 2 2018
If it was up to me Enable and Cracksman would never meet! I really can’t say who I prefer