Elsworth comes over all Bullish after Desert Skyline beats his elders 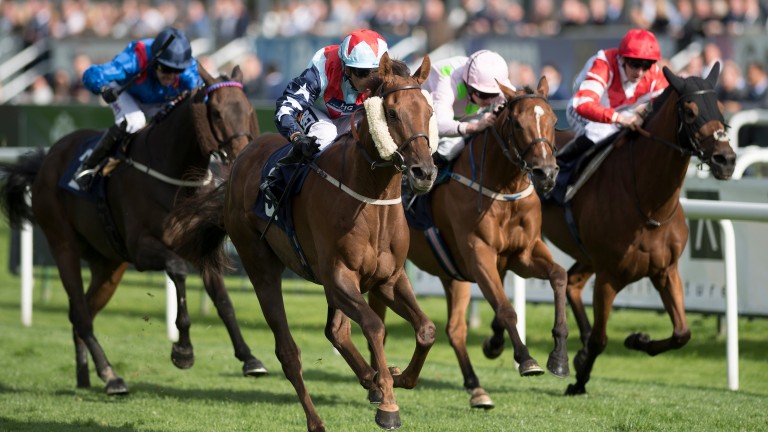 David Elsworth sounded in a mood to agree with the legendary founder of Timeform after landing the Doncaster Cup with the gelding Desert Skyline.

Had it not been for the three-year-old's lack of reproductive capacity, he could have been lining up for Saturday's St Leger.

And not only does his trainer, very much a man who reckons that the point of racing is racing, believe that the final Classic should be open to all - he also feels that should apply to the biggest test of a three-year-old.

"I don't know why geldings can't run in the Derby," he said. "Basically we want to know what the best three-year-old is and if he happens to be a gelding then he's the best. 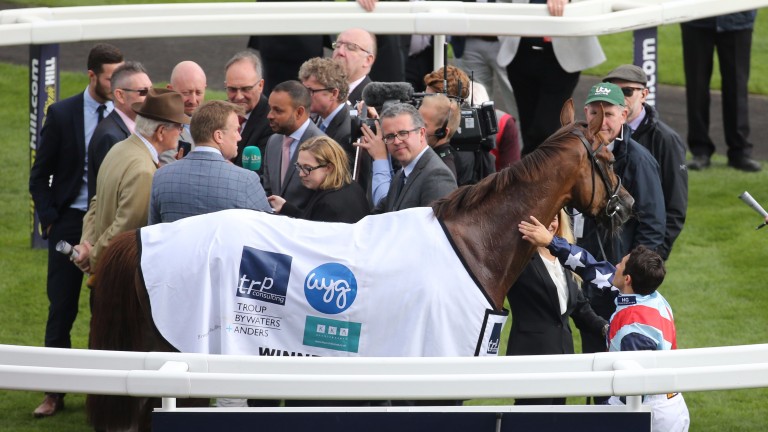 But Elsworth admitted his opinion is unlikely to cause any amendments on high and said: "I'm not going to change the rules, am I?"

Desert Skyline certainly looked the sort who would not be out of place in the Leger field as he came from last to first to beat his elders and  score a length-and-a-half victory under Silvestre de Sousa.

Elsworth is not afraid of a challenge and said: "It's quite a big call to run a three-year-old over two and a quarter miles. It hurts but he's tough.

"He's only three and it's tough out there. It's not like driving a car round the M25 when you just pull them out and go, it looked like that but they have got to dig deep and work hard. He's still immature but he's tough and I was very pleased with him."

Elsworth has no regrets over the decision to geld Desert Skyline and reckons he had little choice at the time.

"As a two-year-old colt he was naughty," he said. "He was very active and messing around and I'm sure he wouldn't have been as good a performer if he hadn't been cut.

"His lass is Marian, she's Hungarian and she's a wonderful girl. This horse and her are soul mates, a lot of the credit goes to her as he's always got a smile on his face and she's a big contributory factor - happy horses are winning horses and he's happy.

"He's run consistently well at a high level and I'm sure you might be hearing of him again next year, he's going to be around for a while."

That's quite a vow from a trainer who made his name with top-class, long-serving, ultra-popular geldings such as Desert Orchid and Persian Punch - who took this race in 2003.

You don't have to be able to reproduce to incubate special memories in the mind of racing fans.

FIRST PUBLISHED 3:49PM, SEP 15 2017
It is not like driving round the M25 and putting your foot down and going. It looked like that but he had to dig deep and work hard