Dermot Weld: scathing in his criticism of the Irish Horseracing Regulatory Board
Alain Barr
1 of 1
By Brian Sheerin UPDATED 7:11PM, FEB 25 2020

Dermot Weld launched a scathing criticism of the Irish Horseracing Regulatory Board in the High Court on Tuesday and was particularly critical of its chief executive Denis Egan's role in the events that prompted the ongoing defamation case.

The regulator’s head of security, Chris Gordon, initiated a defamation case against the Irish Racehorse Trainers Association (IRTA) almost six years ago but, according to Weld, the matter could have been sorted out long ago had Egan apologised to Liz Doyle over the manner in which her premises was inspected in March 2014.

The court heard last week, through Egan and Michael Hickey – former senior steward of the Irish National Hunt Steeplechase Committee – of telephone conversations they each had with Weld on Saturday, August 23, 2014.

Egan and Hickey claimed during the course of their respective conversations with Weld, that the trainer relayed information of a petition  IRTA chief executive Michael Grassick was circulating among its members.

The objective of the petition, the existence of which has been repeatedly denied by the IRTA, was purported to call for the removal of Gordon from his role as the head of security within the IHRB.

On Tuesday, Weld said he struggled to recall these phone conversations but claimed the "gist" of their contents was to find a resolution between all parties.

He denied the existence of a petition but admitted to being asked to sign a letter by Grassick, which he claims was to bring all of the relevant parties together.

Weld also told the court this encounter took place at the Curragh racecourse, and not his yard, as had been claimed by Egan in his evidence.

He explained: "I was in a hurry to saddle for the first race and therefore I told him to come back to me later with the letter. He never came back, therefore I never saw the letter. I don't think there was any petition to remove him [Gordon].”

Weld added: “Chris wouldn't be the most popular person and it's a very hard job that he has to be popular with everybody, but there wasn't to my knowledge any petition.”

Weld went on to deny another suggestion made by Egan in his evidence that he claimed the IRTA had a vendetta against Gordon. 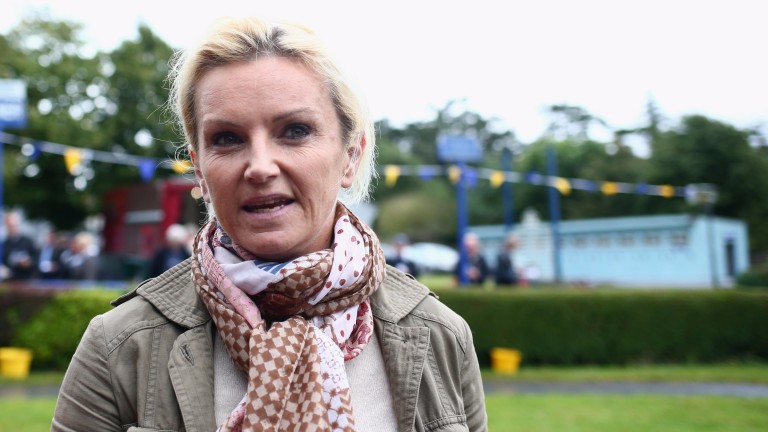 Although he denied being involved in the decision to instruct solicitors to write to the then Turf Club over the manner in which Liz Doyle's yard was inspected, Weld was highly critical of the regulator from the witness box.

He claimed: "I just thought the whole Liz Doyle situation had been handled so badly by the Turf Club. I thought the Doyles had been very badly treated. The Department Of Agriculture and the Turf Club, under the instructions of Denis Egan, went into Liz Doyle's training stables with wrong information because they got an anonymous tip-off.”

Weld added: “They had a piece of paper with LD written on it and Denis Egan decided that was Liz Doyle and they went in with all guns blazing into Liz Doyle's training establishment.

“They were wrong of course, it wasn't her at all. I believe further that if the Turf Club accepted that they were wrong and apologised this whole situation could have been resolved very quickly and wouldn't have had to drag on for years.”

Weld was in court under subpoena and repeated throughout the course of the afternoon that he only got involved in the dispute for the greater good of Irish racing. The case continues in the High Court on Wednesday at 11am.

Chris Gordon: 'The IRTA have thrown Liz Doyle under a bus'

FIRST PUBLISHED 7:07PM, FEB 25 2020
I just thought the whole Liz Doyle situation had been handled so badly by the Turf Club