Derby-winning trainer Geoff Wragg dies at the age of 87 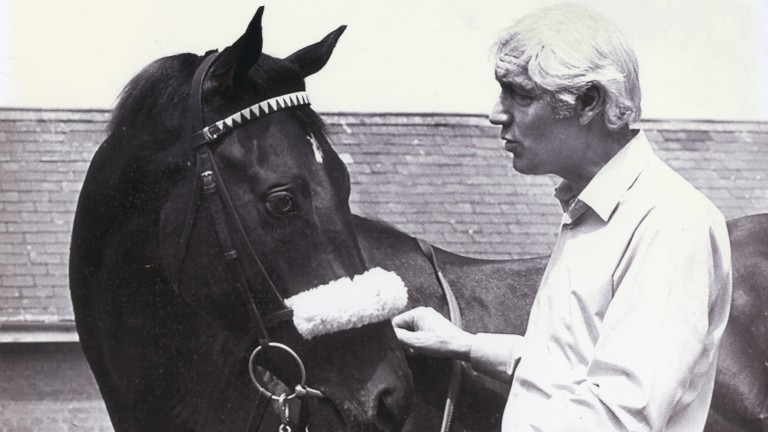 Racing has lost one of its legendary figures with the death of Derby-winning trainer Geoff Wragg. He was 87.

Newmarket-based Wragg won the 1983 Derby with Teenoso in his first season after taking over the licence at Abington Place from his father Harry, whom he had assisted for the previous 28 years.

Two years before his retirement in 2008 Wragg was just a short head away from capturing a second Derby with 66-1 chance Dragon Dancer. 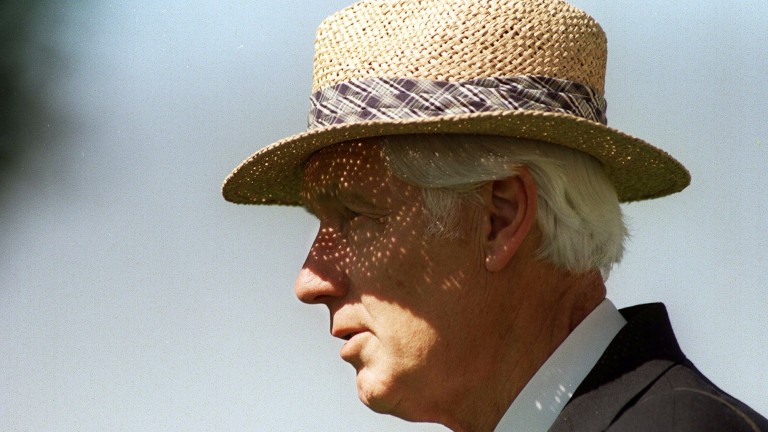 In between there were several Group 1 successes, including in the King George VI and Queen Elizabeth Stakes with Teenoso and Pentire – who both ran in the famous Mollers Racing colours – as well as big-race victories around the world in a career that spanned 26 years.

Sir Michael Stoute paid tribute to his former colleague on Sunday, saying: "Geoff Wragg was a good man and a very good trainer. His record at Royal Ascot and the Chester May meeting was phenomenal.

"The way he continually produced his champions like Teenoso, Pentire and Marling was exemplary. Our thoughts are with Trish, his wife and biggest supporter." 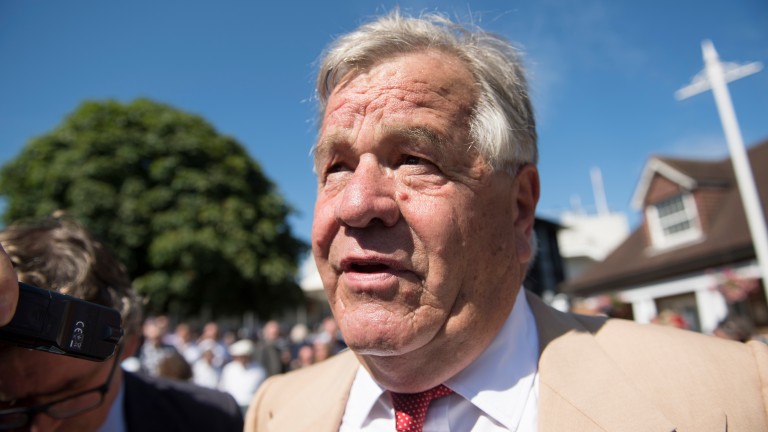 Sir Michael Stoute: 'Our thoughts are with Trish, his with and biggest supporter'
Edward Whitaker (raciingpost.com/photos)

Michael Hills shared many of the trainer's biggest wins, including Pentire's King George and Irish Champion Stakes, and Owington's Cork and Orrery, and remembered him fondly.

"He was a pleasure to work for and we never had a bad word – he used to call me 'boy'," said Hills.

"He was a great planner and we had an amazing five or six years, and I think I rode him about ten Group 1 winners for him. He was a top trainer and knew his horses inside out. 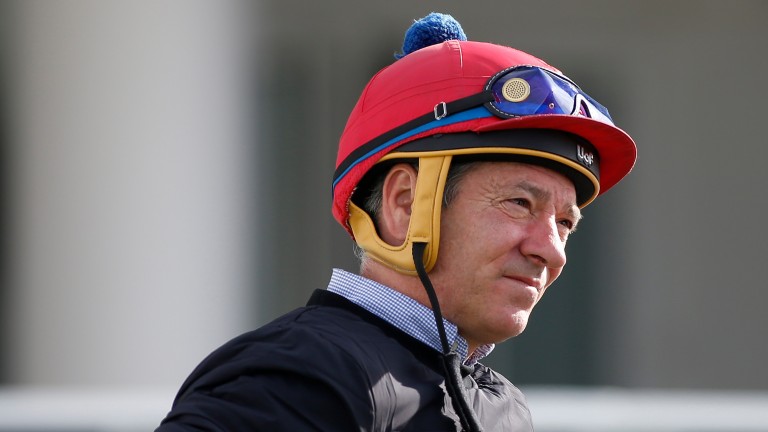 Michael Hills: 'We had an amazing five or six years'
Alan Crowhurst

"There was always a plan and his horse were good travellers and could always quicken.

"Geoff brought a lot of new things to training, introducing some American-style training. He used to time the horses on the gallops – but wouldn't discuss something like that!"

He added: "First Island was memorable when winning in Hong Kong, as was the Gold Cup win on Arcadian Heights and Rebecca Sharp in the Coronation Stakes at Royal Ascot."

Most Welcome, Swallow Flight, Monturani, Island House, Autumn Glory, Asian Heights and Heron Bay were among other notable Wragg winners, while Rebecca Sharp was one of the Hascombe Stud fillies sent to him as a yearling, like many of the Oppenheimer family homebreds.

Her breeder Anthony Oppenheimer, whose father Sir Philip enjoyed Classic success with Harry Wragg when Geoff was assisting his father, said: "We had a great relationship with both Geoff and his father, who both trained us some lovely winners, horses like Rebecca Sharp and Balisada. 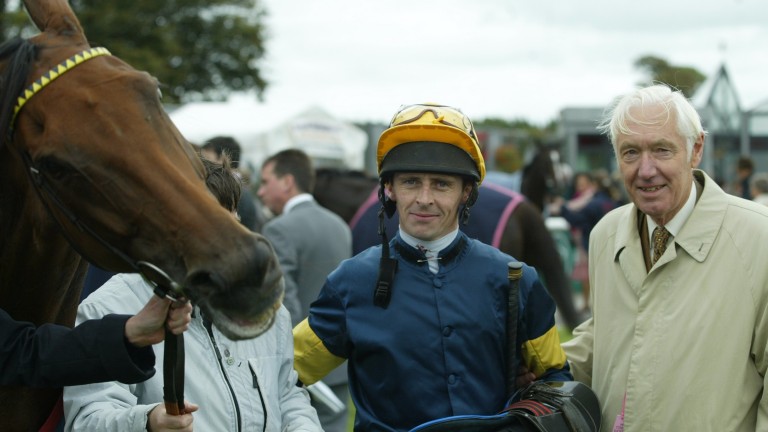 "Geoff mainly trained for owner-breeders and did extremely well for them. He was a very patient trainer, and although he didn't have the biggest stable he sent out an endless stream of winners.

"He was a really charming, modest man. I also remember he was very keen on electronics. He used to be able to set signals so that in his home he could pick up racing from anywhere in the world."

Newmarket trainer Chris Wall was another to pay tribute, saying: "Geoff was a very professional trainer with a quiet demeanour and he trained a lot of good horses.

"He was very kind to us when he retired as he passed on some of the Mollers horses for us to train. I remember at the Newmarket trainers' meetings that he was a man of few words, but when he did speak you'd better listen, as he spoke a lot of sense."

Newmarket's former mayor and fellow trainer John Berry said: "He was an absolute gentleman and a sort of father figure of Newmarket trainers.

"It's the end of an era, with his father having trained and been one of those rare examples of a good jockey making it as a trainer, with two Derby winners. 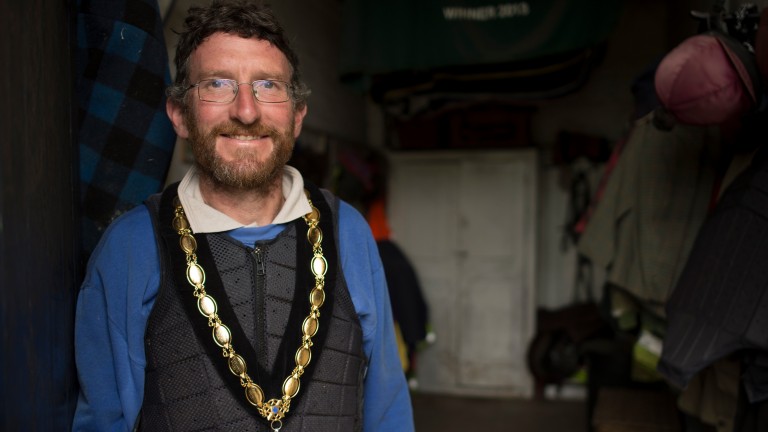 John Berry, when mayor of Newmarket: 'He leaves a big hole in the community'
Edward Whitaker

"It was a seamless transition and Geoff was as successful as his father had been. When the size of top stables exploded to 250 Geoff's never expanded as he trained for some of the great breeders.

"His staff never changed, which tells you an awful lot about what an employer he was, as well as a trainer. He leaves a big hole in the community."

Wragg, who had been ill for a long time and died on Friday, sold the main house and stables at Abington Place in 2011 but converted the stable hostel into a home for his retirement.

He leaves his wife of 61 years Patricia. His funeral will be a private, family-only event.

FIRST PUBLISHED 12:57PM, SEP 17 2017
His staff never changed, which tells you an awful lot about what an employer he was, as well as a trainer