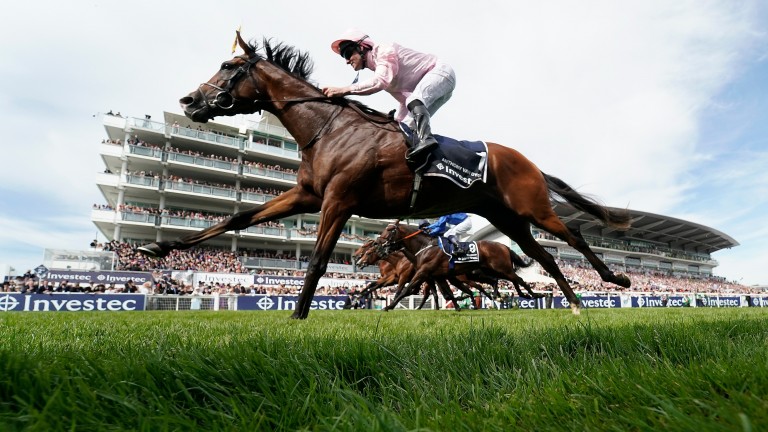 Derby winner Anthony Van Dyck, Magic Wand and Ghaiyyath feature among the near-1,000 nominations for the eight races at the inaugural Saudi Cup fixture in February.

A total of 143 horses have been put forward for the $20 million Saudi Cup, run over nine furlongs on dirt and for which there is free entry and all travel expenses paid, including the likes of Midnight Bisou, Ghaiyyath and McKinzie.

Horses from across the globe could compete in the world’s richest race with trainers from the UAE, Saudi Arabia, Britain, France, Ireland, Norway, Italy, Poland, Turkey, America, Canada, Argentina, Japan, Hong Kong, South Korea and Bahrain hoping to be involved on February 29.

Familiar names feature across the entries for the remainder of the card including the likes of Bound For Nowhere, Oh This Is Us and Sir Dancealot (Turf Sprint) and Kew Gardens, Cross Counter, Verdana Blue and Prince Of Arran (Red Sea Handicap).

Tom Ryan, director of strategy and international racing for the Jockey Club of Saudi Arabia said: “The response to the Saudi Cup from the international racing community has been fantastic. We couldn’t be happier with the entries that we’ve received and we are now fully focused on putting on a spectacular first Saudi Cup race day to live up to the calibre of these entries.”

FIRST PUBLISHED 12:36PM, JAN 16 2020
We couldn’t be happier with the entries that we’ve received and we are now fully focused on putting on a spectacular first Saudi Cup race day

BoyleSports eye Hills shops in bid to significantly increase UK presence A step too far? O'Brien comments suggest Melbourne Cup dominance about to end Former Racing Welfare chief executive Sir John Kemball dies aged 82 'The meeting was sure to be off. We were only coming here to have lunch' RIP Arthur Shone - sadly for racing, we truly won't see his like again Emmet Mullins-trained handicapper scores by wide margin after big Friday gamble