Derby final field: Aidan O'Brien to saddle more than half the runners 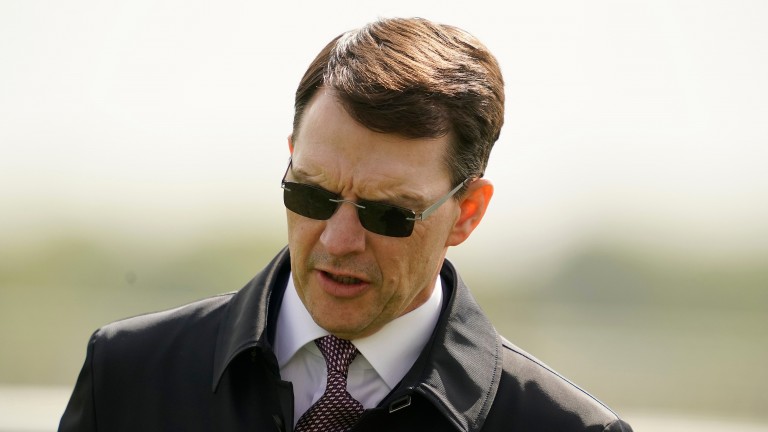 Aidan O'Brien is set to saddle seven of the 13 runners in Saturday's Investec Derby (4.30) as he seeks a record-equalling seventh success in the Epsom Classic.

Clickhere to claim your free bets for Derby day

Dante Stakes winner Telecaster, supplemented at a cost of £85,000, and Bangkok lead the British challenge.

The first-named has been eased to 5-1 (from 9-2) with Coral after being drawn in stall two.

Coral's David Stevens said: "Recent history tells us that Ryan Moore does not always end up on the Ballydoyle big race winner, but his presence on board Sir Dragonet in Saturday's race will almost certainly ensure the impressive Chester Vase winner is sent off favourite for this year's Investec Derby.

"By contrast a low draw has done Telecaster's claims no favours, and the Dante winner has been eased slightly in the betting, leaving Broome as clear second favourite behind his stablemate."

Like he did in Authorized's Derby in 2007, O'Brien could have saddled eight runners, but Cape Of Good Hope willgo forSunday's Prix du Jockey Club, with the Roger Varian-trained Surfman also heading for Chantilly over Epsom.

Completing the O'Brien septet are Circus Maximus, Norway and Sovereign as the trainer looks to join Robert Robson, John Porter and Fred Darling as a seven-time Derby winner. Circus Maximus and Godolphin's Line Of Duty will be equipped with first-time cheekpieces.

Sir Dragonet, an impressive winner of the Chester Vase on just his second start, shades favouritism at a general 11-4.Broome (9-2) and Telecaster (5-1) are next best in the market with Anthony Van Dyck (7-1) and Bangkok (8-1) the others quoted at single figures.

The race will be shown live on ITV and RTV.

Why is the Derby so important?

The Derby is a race with a rich history dating back to Diomed's win in 1780.

The race, like all of the other Classics in Britain, is restricted to three-year-olds, so, unlikeother prestigious races such as the Arc or Melbourne Cup, you only get one shot at the Derby.

Everything you need to know about the Derby

It is a unique test of the thoroughbred, requiring a rare blend of speed, stamina and good balance to negotiate the undulating terrain and camber in the home straight.

It is the most illustrious prize in British racing and perhaps even the world when you take into account the value of the winner from a breeding perspective. Geldings cannot run, so victory at Epsomlaunches a future stallion career to breed the next generation of Derby prospects.

The Derby declarations did not tell us a great deal; the big day was Monday when Sir Dragonet and Telecaster were supplemented.
In truth, without that pair it would have looked a weak Derby and they have the star quality to elevate the race. Neither raced before this turf season and, while Sir Dragonet looks a Group 1 winner waiting to happen, the way he went through the early stages at Chester laid his inexperience a bit too bare.

Telecaster, on the other hand, looks battle-hardened already as he showed when fending off Too Darn Hot in the Dante. A prominent racer, strong traveller and willing scrapper who won a major trial on his third start is a solid option in any year, and in this field he looks a good bet at 5-1.
Keith Melrose, betting editor