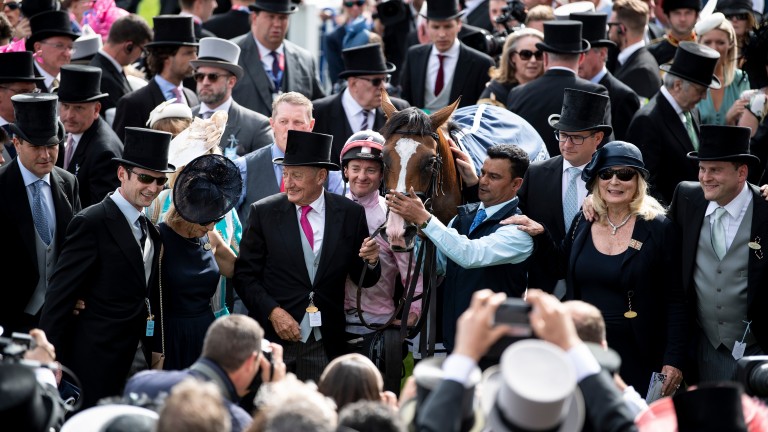 They have won it many times in the past, and they will surely win it many more times in the future, but for Aidan O'Brien and the Coolmore empire he serves there is nothing remotely so important as the world's most famous Flat race, which they conquered yet again on a baking afternoon when Seamie Heffernan finally had his day in the Derby sun.

Seven of the 240th Derby's 13 runners represented the master of Ballydoyle, and so did five of the first six horses past the winning post of a race O'Brien has now won a record-equalling seven times.

With the Kevin Prendergast-trained Madhmoon taking a marvellous second, this was a contest in which Ireland exerted total domination over the humbled British defence. 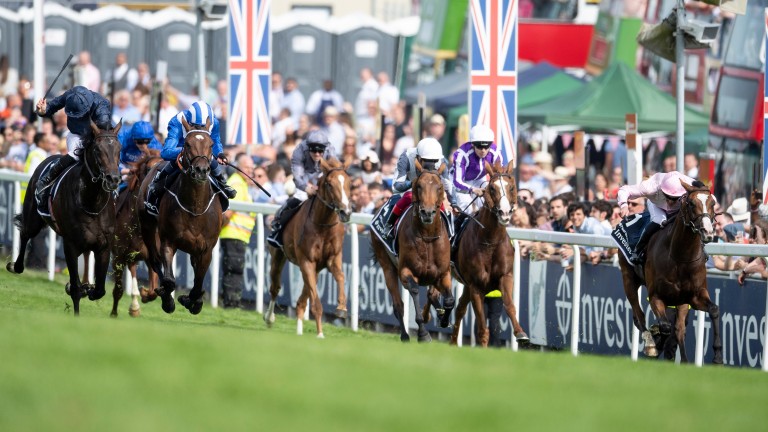 O’Brien quite simply did not know which of his blue-blooded beasts would prove best. Ryan Moore was on 11-4 favourite Sir Dragonet but he was not on the right one. Nor was the trainer’s son Donnacha aboard Broome.

That left the way clear for 46-year-old Ballydoyle squad member Heffernan, who on his 12th Derby ride, and having twice finished second, provided Anthony Van Dyck with typically flawless assistance, delivering him from off the pace with the irresistible charge that gave him the finest moment of his racing life.

"It was only a matter of time," observed the normally deadpan Heffernan, tongue firmly in cheek, when asked about the lengthy wait to break his Derby duck. That triggered much laughter in the post-race press conference, during which O'Brien said with pleasure and pride: "As a horseman and jockey Seamus is second to none. I can't tell you how delighted we are for him."

For Heffernan's employer this was a day when he caused another rewriting of the record books. 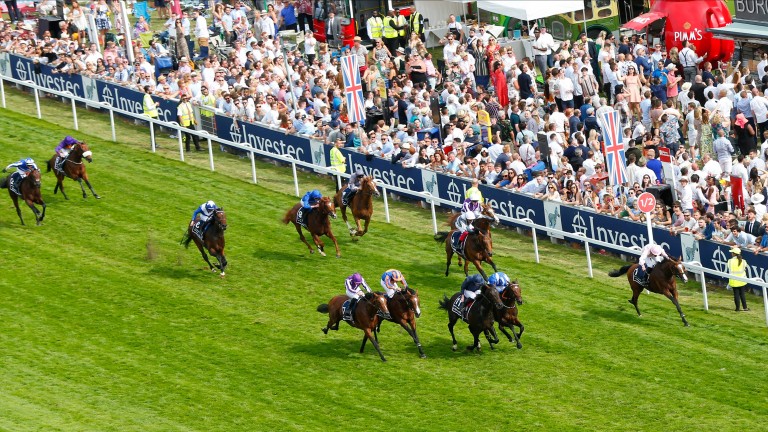 Anthony Van Dyck won a Derby in which five of the first six finishers were trained by Aidan O'Brien
Mark Cranham (Racingpost.com/photos)

Exactly ten years to the day former Ballydoyle legend Vincent O'Brien passed away, the man who now rules racing's most celebrated thoroughbred training establishment moved past his predecessor's tally of six Derby triumphs to take a share of the record for Derby wins.

Robert Robson, John Porter and Fred Darling, whose Epsom honours were spread out between 1793 and 1941, also sent out seven winners of the premier Classic. They will be record holders for not much longer, for as certain as night follows day is the inevitability O'Brien will turn seven into eight. Helping him do that will be stallion supreme Galileo, who became O'Brien's first winner of this iconic sporting jewel in 2001 and has now sired four of its subsequent winners.

Galileo's latest brilliant boy bagged a Derby in which stable companion Sovereign made most of the running until the home straight, first giving way to Norway, who then conceded to another stablemate Sir Dragonet, by which point chief British hopes Telecaster and Bangkok were both already well beaten.

Madhmoon fought hard to give 86-year-old Prendergast a first Derby success, but while he beat six members of the Ballydoyle septet, Anthony Van Dyck was too hot to handle.

"I knew he would do it when I needed him," said Heffernan. "I decided to go down the inside and I needed a bit of luck, but I was always happy.

"I was beaten in this race with a favourite [Fame And Glory in 2009] and then finished second on a 100-1 shot the next year. It means a lot to win it – I wasn't going to give up without winning one!"

O'Brien knew neither jockey nor horse would give up in the final stages of what became a pulsating Derby denouement. He also knew the Lingfield Trial winner would not be failed by a jockey who began his racing career picking up stones and dock leaves for Arthur Moore.

"Seamus is an unbelievable fella and a world-class jockey. He always has been," said O'Brien.

"We have known each other a long time and we worked with each other before Ballydoyle. He has ridden so many placed horses, so many big horses and won many top races all over the world. He puts it all in, day in, day out, and he is incredibly experienced as a horseman and jockey."

O'Brien was keen to hand out the plaudits to Heffernan, as were the winning owners, but Heffernan and those owners also know no cog is more vital in the remarkable Ballydoyle operation than the Ballydoyle trainer.

"It is incredible really," said O'Brien, when asked about winning the Derby seven times in the space of only 18 years.

"We never thought we would be in the position we are now. We have to pinch ourselves every day. We're working with the best people, the most incredible horses with the unbelievable pedigrees and physiques, and in the best facilities. Everyone is totally involved in it. We feel in a unique position."

No trainer is more deserving of being in that unique position. Aidan O'Brien is a one-off. For now he shares the Derby record. Soon enough, as in all other regards, he will be way out on his own.

FIRST PUBLISHED 7:07PM, JUN 1 2019
Seamus is an unbelievable fella and a world-class jockey. He always has been

Meet the Coolmore stallion man who led Sadler's Wells and Galileo to greatness Derby prize fund is boosted to £1.125 million despite coronavirus downturn