The jockey-turned-trainer, who is 35 today, takes part in our weekly grilling 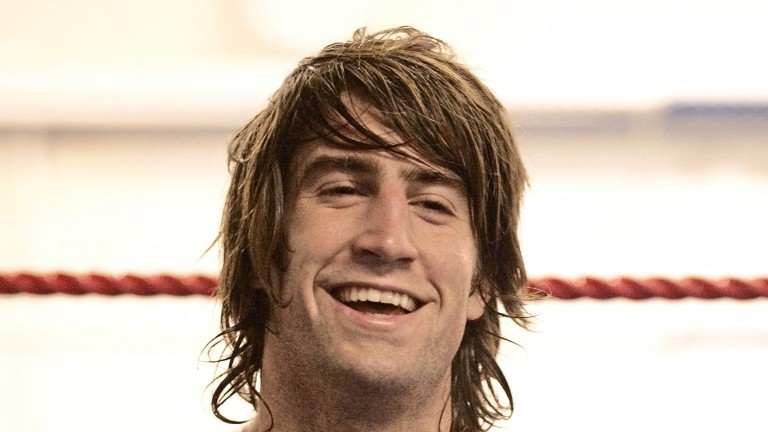 Christian Williams: started training this year and has several promising horses
Edward Whitaker
1 of 1
11:44AM, JUN 6 2018

What advice would you give your ten-year-old self?
Chase your dreams but understand it will be hard work to make them a reality.

What is your earliest racing memory?
Watching Richard Dunwoody and Norman Williamson riding at their peak when I was younger.

You rode Denman early in his career, what are your memories of The Tank?
He was a great horse trained by a great trainer and owned by two great people. Thinking back to the size of him, he just had massive presence. Because he was quite a thick-winded and gross horse, Paul Nicholls had to train him quite hard and he was never going to have the longevity of Kauto Star. I won three novice hurdles on him and was due to ride him in the Grade 1 Challow Hurdle at Newbury but they called off racing ten minutes before the meeting was due to start. They rescheduled it at Cheltenham a few days later but Ruby Walsh was available and they won by about two hurdles. 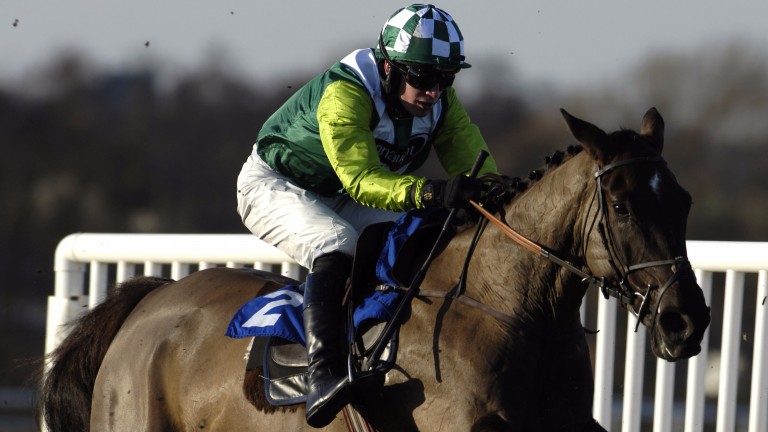 Christian Williams winning a novice hurdle on Denman at Bangor in February 2006
Edward Whitaker
This is your first full season as a trainer, what is your ethos?
New trainers can have a different outlook on things. For me, the horse holds a crucial key to success and I have many young, promising horses in the yard who need time to develop. If that means they need time and not too many races, so be it. After all, they're all purchased as potential Gold Cup winners.

Which of your team are you most excited about for the season?
Limited Reserve is the type of horse to be running on Saturdays as he proved by winning the £50,000 2m3f handicap hurdle at Haydock on Saturday. The form of his second at Ascot the time before received a huge boost when the winner Elgin won the Greatwood Hurdle. He's a great mover and wants good ground. Al Dancer has finished placed in two bumpers and is a big horse with plenty of ability. Another big hope of ours is Volcano. He won his bumper at Exeter quite impressively and goes to Cheltenham for the four-year-old bumper on New Year's Day. 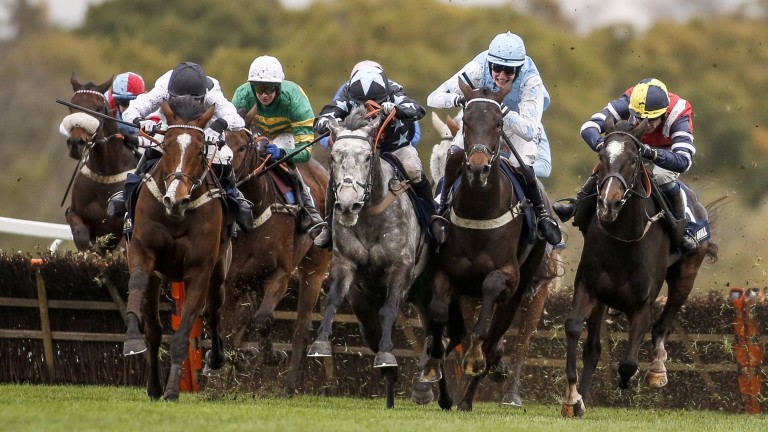 What’s your biggest ambition in racing?
I try to pride myself on giving a horse the best life I can.

And outside of racing?
To be as good a father as I can be to my two little girls.

Would you rather win the Cheltenham Gold Cup or be champion trainer?
Champion trainer, because it shows you continually strive to have winners every day.

When did you first know you’d become a trainer and why?
I loved riding at the time but I don't really miss it. I've always had a love of working with horses and I suppose it was a natural progression as I'd been working at the yard a long time.

What’s the best bet you’ve ever had?
My hard-earned stays in my pocket.

If you could play any other sport professionally, which would it be and why?
I'm Welsh, so it has to be rugby. My uncle Gareth Williams was a Welsh international and British Lion, and my other uncle, Owain Williams, had a Welsh cap as well.

What do you think racing does best?
It allows people from all backgrounds and beliefs to come together to enjoy a common spectacle.

Other than better prize-money, what is the one thing you would change about racing?
It wouldn't be the most ground-breaking but I do get infuriated trying to get into certain tracks at times. It's easier to get into Wembley on FA Cup final day than Chepstow when I've got four or five runners. I've had owners missing their horses run because they've still been queuing up.

Which country would you most like to race in that you haven’t yet?
I'm very keen on exploring suitable races in any country, but France and the US are places that particularly appeal to me in the short term.

Kauto Star or Arkle?
Having worked at Paul Nicholls' when Kauto Star was there, I'll have to go with him.

What is your worst habit?
The missus would say not spending enough time at home with the family but she is fully supportive of what I do.

If you could meet one person, past or present, who would it be?
Barney Curley. It would be great to listen to his stories.

What is your most treasured possession?
Aside from my two children, all the horses I look after mean a lot to me.

How do you relax away from racing?
It's not quite relaxing but my daughters fill up my spare time.

Who has been the greatest influence on your career?
Outside my family it would have to be Dai Walters for giving me the opportunity to train. It's something I wouldn't have been able do without his support.

What is the strangest/funniest thing you have seen on a racecourse?
John Edge, who used to valet, and Mattie Batchelor were great fun and the type of people you miss once you're out of the weighing room. 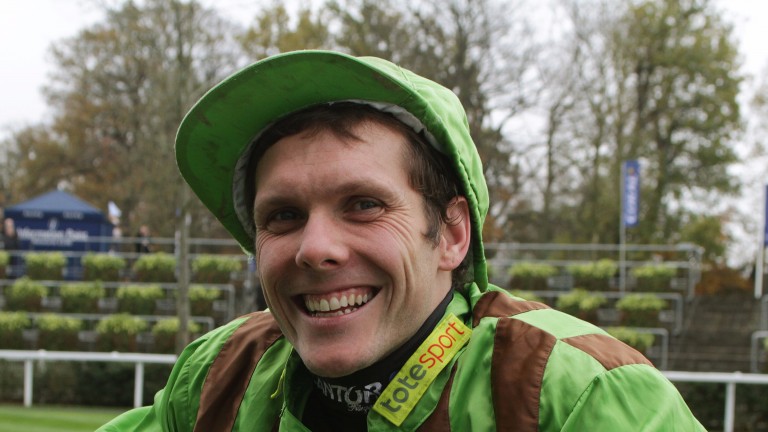 Mattie Batchelor, one of the great characters of the weighing room
MARK CRANHAM

Who do you most admire from the Flat?
Aidan O'Brien.

What’s your biggest fear?
I just want to be successful and better myself every day and get the best out of my horses.

Do you have a nickname?
The valets used to call me Taff.

Social media – friend or foe?
It's not my style but I appreciate it's part of everyday life. It can provide some brilliant information but sadly comes with its downfalls, which we're all aware of.

Who would be your four ideal dinner party guests and why?
Pat Doyle (when he's on the booze), Paul Nolan, Michael Browne and Peter Vaughan. You'd struggle to eat your food as you'd be laughing so much.

Who’s your biggest fancy for next week?
I've got one for the week after as I usually have a winner at the Tingle Creek meeting. Cap Du Nord has a good chance in the 2m novice handicap hurdle on the Friday, a race we won last year with Limited Reserve.

Edward O'Grady: 'This isn't an obituary, pal - we're moving forward here' Henry Daly: 'It was a nightmare - if you got yourself worked up you'd go nuts'