Denise 'Sneezy' Foster enjoyed her first winner since taking over the reins at Cullentra House Stables as the Gigginstown-owned Defi Bleu dug deep to open his account over fences in the 3m1f beginners' chase.

The 67-year-old was not present at the track for the success but wasted little time in getting on the scoresheet, having saddled her first runner since assuming control at Gordon Elliott's base on Tuesday at Clonmel.

The 4-1 chance, who holds an entry for next week's Paddy Power Plate Handicap Chase at Cheltenham, pulled out all the stops to deny 8-13 favourite Opposites Attract under Jack Kennedy. 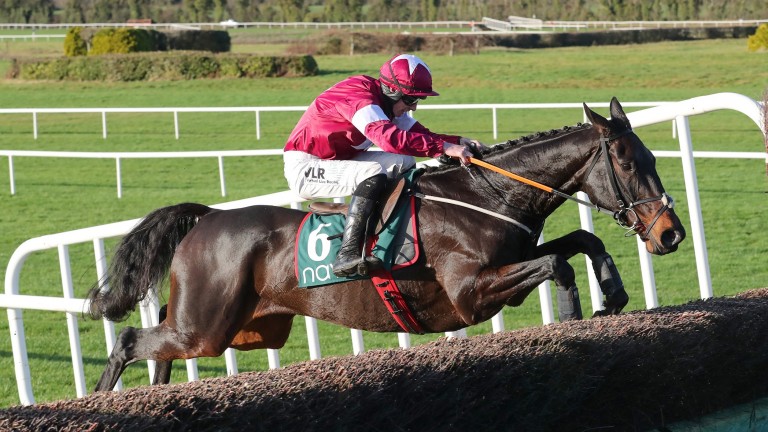 "It’s great for Jack, the horse and the whole team at Cullentra House," said the winning trainer.

"It’s a great lift for the whole team, who have been doing such a great job, and I’m delighted for each and every one of them."

There was late drama in the 2m handicap hurdle as the Ross O'Sullivan-trained Bythesametoken took advantage of a low weight to go one better than his recent Naas effort behind Light Brigade.

The mount of Conor Orr looked to be coming with a well-timed challenge to dispute the lead at the last when Take All crashed out and brought down Stand Off, while Tucanae fell independently when held at the same point.

Bythesametoken then kept on well enough to see off 3-1 favourite Feelgood Island by half a length.

There was drama in the 2m maiden hurdle when 6-4 favourite Calthor looked to have the race in safe keeping, trading at 1.01 in running, before running out of steam 100 yards from home.

He was claimed late on and could manage only third as 18-1 chance Jody Ted provided 7lb-claiming conditional Mark McDonagh with his first winner since a heavy fall at Thurles in November that saw him sidelined for 12 weeks.

Emmet Mullins looks to have unearthed another useful performer in the shape of well-backed bumper scorer The Gossiper, who struck under Patrick Mullins as the 5-4 favourite after being available at 4-1 in the morning.

The six-year-old may not have been done with when falling at the last in a Ballycahane point-to-point for Sam Curling a year earlier, with the winner Killer Kane obliging as market leader at Exeter on Tuesday for Colin Tizzard.

Place bets with seven bookmakers without leaving the free Racing Post app. Same prices, same offers, live video. Every race, every day. Search 'Racing Post App' to download for free and tap the odds buttons to get started FIRST PUBLISHED 7:27PM, MAR 10 2021
It’s a great lift for whole team who have been doing such a great job and I’m just delighted for each and every one of them

Darasso shows his class as Samcro flops in Listowel feature Samcro still has the Galway Plate lined up - and could wear headgear This is all about Samcro - but will the one-time future megastar battle again? 'Not acceptable' - Rothwell and Grassick unhappy with Wexford non-runner fines Singing Banjo calls the tune again after Punchestown festival heroics