Thursday Action MR DIABLO BACK FROM THE BRINK 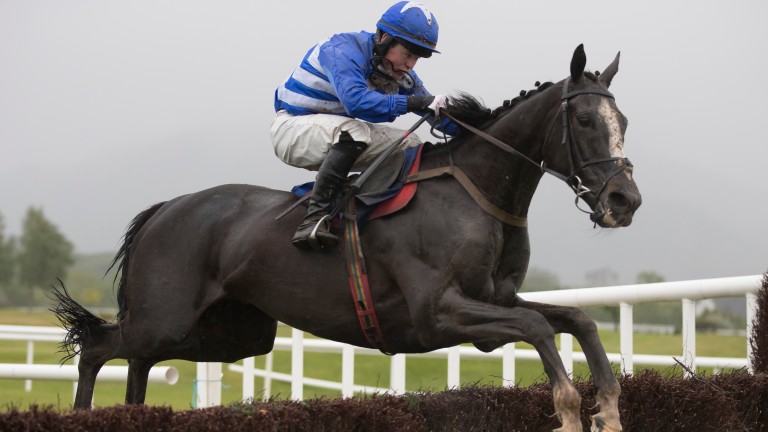 Mr Diablo: has overcome two career-threatening injuries and runs in the Thyestes at Gowran Park
Patrick McCann
1 of 1
By Brian Sheerin 6:46PM, JAN 23 2019

In many ways, Philip Dempsey has already won with his Thyestes Chase contender Mr Diablo.

Getting back to this point with one of the best horses in his stable seemed improbable, borderline impossible, when the trainer was told Mr Diablo would never race again after shattering a bone in his knee at Killarney in May 2017.

But Dempsey never ran out of hope. He knows Mr Diablo better than anyone. Knows how it feels to come off the worst from one of his early-morning bucks and, perhaps most importantly of all, knows how his seasoned chaser had battled his way back from another career-threatening injury a year earlier.

Picking up the story, Dempsey says: "This is one hardy horse and not many would have come back from what he's been through. There's been two occasions where we feared the worst for him.

"He severed a tendon a couple of seasons ago at Roscommon, but usually with that type of an injury they'll come back if you give them enough time. The one he suffered at Killarney a couple of summers ago wasn't as straightforward an injury to come back from.

"I was raging with myself at the time for running in the first place because after he got injured at Roscommon I said I'd never run him at a tight track again, but he'd been unlucky at Aintree and Punchestown the two times before so we said we'd take our chance." 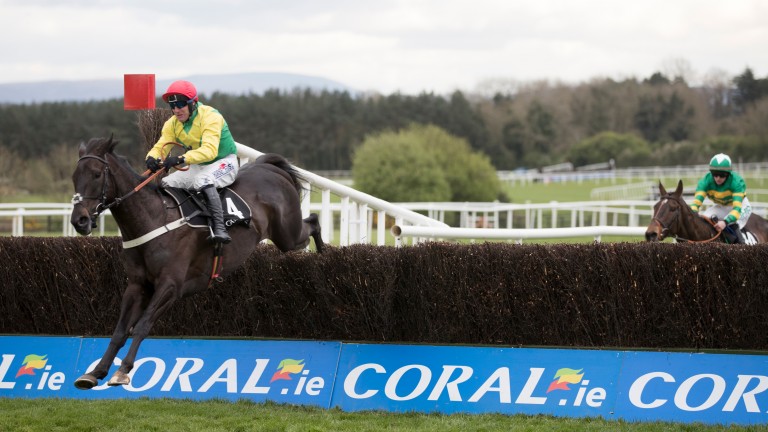 Mr Diablo unseated his rider four out in this handicap chase won by Sizing Granite at Punchestown, persuading his trainer to make the fateful trip to Killarney
Patrick McCann

On the day from hell, Dempsey remembers: "He burst out through one of the fences with a circuit to go and I knew we were in trouble.

"Sure enough, when he came back into the parade ring he was on three legs and the carpal bone, which sits right behind the knee, had literally exploded.

"There's no comparison between a severed tendon and a burst carpal bone. They said he'd have no chance of coming back, that the best we could ever hope for was that he'd be paddock sound, but somewhere in the back of my mind I thought if any horse would be able to come back from an injury like that it'd be him."

He adds: "Nicola O'Connor was the vet on hand that day at Killarney and I’ll never forget that she couldn't have been better in patching him up and making sure he was safe enough to travel home."

After getting Mr Diablo home to his Carbury base in County Kildare, Dempsey enlisted the help of renowned vet Ger Kelly, who performed a number of operations on the horse.

Dempsey says: "Ger doesn't really take no for an answer and he did several operations on the horse. We were up and down to Ger trying to get him back right and our owner Aidan Glynn showed great patience during the whole thing. Not many other lads would have persisted.

"Whether I was just being stupid or whatever else, I quietly thought to myself the horse would come back. Of all the horses we've had through the place, he's probably the toughest I've come across."

Dempsey knows that better than anyone and has the war scars to prove it.

"We have a fella here, Tom Dowd, who rode in England, and he got 13 straight falls off him when we were breaking the horse. I remember thinking to myself, 'I was handy enough at this in my day, so let me have a go on him'.

"I thought all the horse needed was a bit of pulling together, but my head was the first thing to hit the ground when I tried getting up on him.

"My son Luke was only starting out at the time and I remember I had to drive him down to Wexford that evening as he'd a ride there. I was seeing double the whole way to the races and I didn't get back on Mr Diablo for a good while after that. He was fierce."

Every operation was more or less a success and Mr Diablo made his return, after a 544-day absence, to finish down the field in a handicap hurdle at Naas.

The early signs may not have been all that encouraging, but in the weeks after that comeback run Dempsey felt the spark had been reignited and his decision to bring back Mr Diablo was justified when he ran a stormer to finish second in the Troytown at Navan. 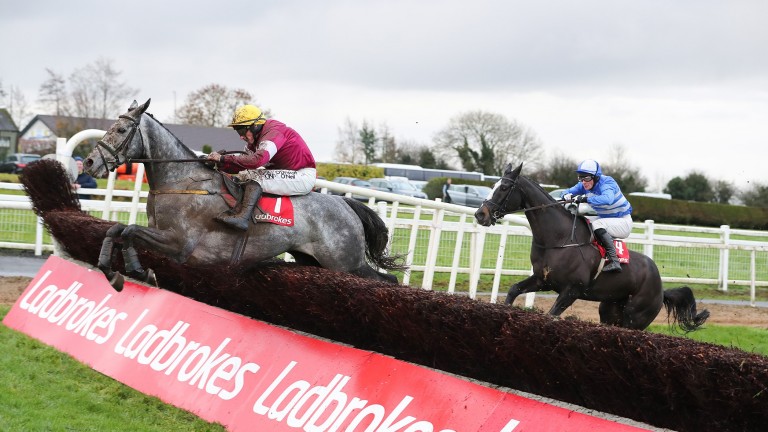 Dempsey is approaching this afternoon's Thyestes with similar confidence and believes Mr Diablo will run well.

He says: "He's just a lovely horse to have and I definitely think he'll put up a good performance. We've had a touch of seconditis lately and, while it's better than finishing second last, it'd be nice to get our head in front in a big one.

"We've given Luke plenty of stick in the past when he chose to ride something else against us in a race, but we're on the same team on Thursday so all we can do now is hope for a bit of luck."

FIRST PUBLISHED 6:00PM, JAN 23 2019
When he came back into the parade ring he was on three legs and the carpal bone, which sits right behind the knee, had literally exploded

Darasso shows his class as Samcro flops in Listowel feature