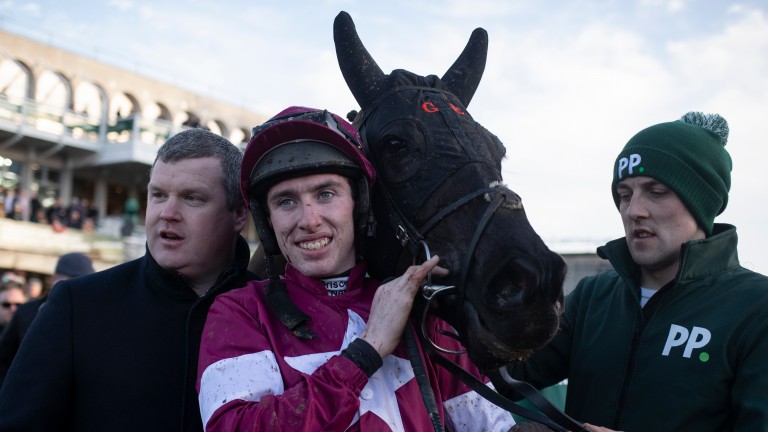 The first Grade 1 of the jumps season in either Ireland or Britain has been painted maroon and white since 2013 with Gigginstown responsible for the last seven winners.

Delta Work is the number one hope this time around and rightly so. He was an outstanding novice chaser and went toe-to-toe with Topofthegame and Santini in what might turn out to be one of the best RSA Chases of the modern era.

While he flopped when diving in at the deep end in this race last year on his first outing in open company, he went on to win the two Grade 1s at Leopardstown on his next two starts.

His Irish Gold Cup victory over Kemboy earned him an RPR of 173 and a repeat of that will make him hard to beat here. Indeed, the official ratings tells us he has at least 5lb in hand. 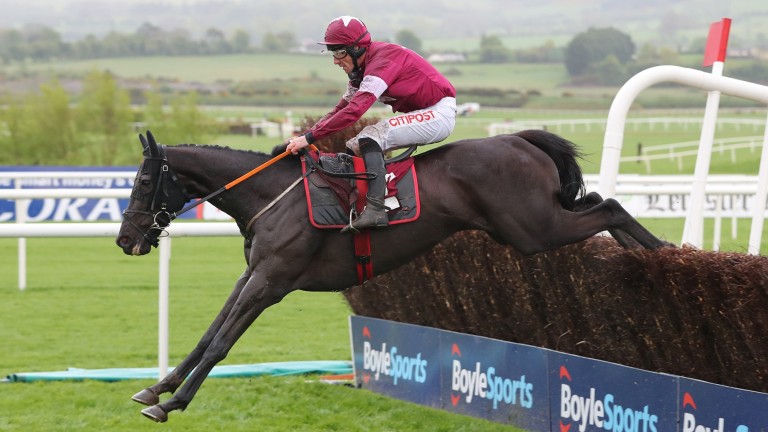 There are two negatives: a terrible jumping display in the Gold Cup when fifth to Al Boum Photo and his run in this race last year, when beating only one home 16 lengths behind Road To Respect.

If the same sluggish Delta Work shows up here, he has no chance of winning but you sense he will be more tuned up for this.

Presenting Percy has not reached the heights expected since his superb RSA Chase win back in 2018. He has not won over fences since and arrives on the back of a horrible fall in the Gold Cup.

Moving from Pat Kelly to Gordon Elliott can only be a positive, for all that his former trainer is a very shrewd operator, and the vibes coming from the yard are very strong. The ground, the track and the trip should be right up his street and he goes well fresh so there is plenty to recommend.

The Storyteller comes here at the top of his game having beaten Tout Est Permis in impressive fashion. That was a Grade 3 at Punchestown and you just wonder whether he is good enough to make the leap to the next level.

This could come down to a straight shootout between the Elliott-trained pair and it might be his arrival Presenting Percy who gets one over Delta Work.

'There could be more improvement in him'

Delta Work has already won five Grade 1s, was just 5-1 for the Magners Gold Cup in March, and has an official rating of 170 so it is little surprise to see him installed as favourite.

Despite a poor round of jumping in the Gold Cup, he kept at it and was only beaten just over six lengths into fifth.

Elliott said: "He's in good nick, but we know he tends to come on from his first run, so whatever he does you would expect him to continue to improve throughout the season.

"He's a young horse and we think there could be more improvement with another summer under his belt. Jack [Kennedy] gets a tune out him that nobody else can, so it's great to have him back on board."

As Elliott alluded to, Delta Work did not show his true colours in this race last year but he improved out of all recognition after and it might be foolish to think he will start sluggishly this term.

A new season, a new trainer, a new jockey and a new track. This is a fresh start for Presenting Percy.

The nine-year-old has not won for the best part of two years, but everything has been altered in an attempt to get him back to the form which saw him beat Monalee by seven lengths in the 2018 RSA Chase. He had Al Boum Photo cooked when he came down at the second-last that day too.

With regular rider Davy Russell sidelined with a nasty neck injury, Denis O'Regan takes over in the saddle this time.

"He's a class horse. He's an RSA winner and you saw how good he was in that," said O'Regan."My agent Gary [Cribbin] is doing a terrific job and I'm delighted to be riding for Gordon in such a big race. It's a super ride to pick up and I can't wait. I'm really looking forward to it."

Elliott added: "I've always liked him. If you look back at last season's Gold Cup, there's no reason to say he wouldn't have been in the money if he hadn't fallen.

"They went no gallop and he was coming from off the pace, which wouldn't have suited, but he was coming with a good run when he came down two out.

"We're very glad to have him. He's done well over the last few weeks and fingers crossed he will run a big race."

Henry de Bromhead stole Gordon Elliott's thunder on Friday when Aspire Tower was too good for Abacadabras and he will be hoping to repeat the feat with last year's runaway Troytown winner Chris's Dream.

It is hardly surprising to hear De Bromhead is praying for rain for the mud-loving eight-year-old, who is only rated 1lb inferior to Presenting Percy with a mark of 164.

De Bromhead said: "Chris's Dream is in great form. We'd love the forecast overnight rain to come and the more it rains, the happier I will be."

The trainer is also represented by impressive 2018 Ryanair winner Balko Des Flos. He has not won since but De Bromhead is still keen on his chances.

He said: "Balko is good, very good. I thought he ran really well for his first run back at Punchestown. Rachael [Blackmore] was delighted with him and said he got tired after the third-last. He will come on for that."

Gordon Elliott, trainer of Alpha Des Obeaux, Ravenhill and The Storyteller
The Storyteller has been a revelation for us lately. He's been brilliant and his performance at Punchestown last time was up there with the best of his career. He'll creep away and could run a big race. Alpha Des Obeaux is probably more of a Grand National horse, while Ravenhill would look to have it all to do on what he showed at Punchestown, but he is still a Cheltenham Festival winner and deserves to take his chance.

Noel Meade, trainer of Snow Falcon and Tout Est Permis
They both worked well on Tuesday morning. Snow Falcon is getting on and maybe those younger fellows coming along will be hard to beat. But he’s in good form and we kept him for this because he runs well fresh. Tout Est Permis worked well and I think he has come on a ton for his run at Punchestown [behind The Storyteller]. I think he's got a big run in him, I really do.

Did you know you can bet via the Racing Post mobile website? Simply sign in with your favourite bookmaker via the Accounts button and then bet direct from our racecards

FIRST PUBLISHED 6:00PM, OCT 30 2020
He's still a young horse and we think there could be more improvement'