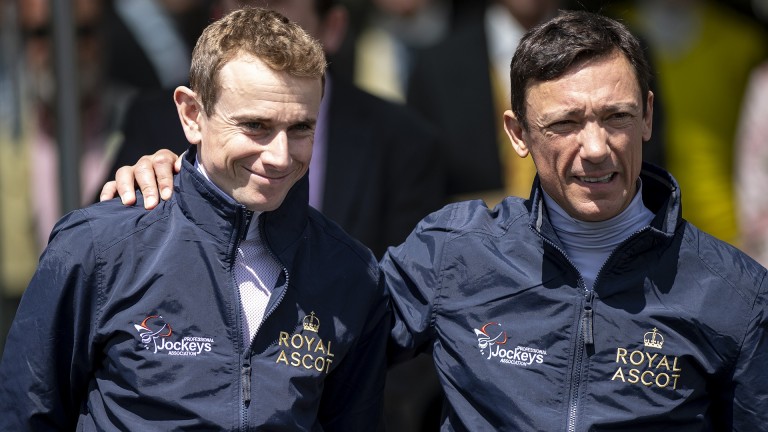 Frankie Dettori was fearing the worst on the opening day of Royal Ascot after Too Darn Hot's St James's Palace defeat but the Italian ended the meeting basking in glory, scooping the top rider title with seven winners, keeping nearest pursuer Ryan Moore at bay despite drawing a blank on the final day.

Dettori's former employers Godolphin did him a massive favour when Pinatubo got the better of the Moore-ridden Lope Y Fernandez in the opening Chesham Stakes. Moore, who had claimed the leading rider title for eight of the last nine years, was unable to make any advance on the five winners he carried into the final day.

Dettori, who was winning the title for the sixth occasion, but for the first time since 2004, said: "It's fantastic. I thought if Ryan won the first he'd be fired up for the others, but when his first ride was beaten I thought I'll just take it one race at a time.

"It's unbelievable really, I started the week with Too Darn Hot and I was really down and thought it could be one of those weeks, but it all picked up with the Prince of Wales's and then Super Thursday.

"We made headlines for the right reasons and winning the Gold Cup again with a tremendous horse. It's been a variety of trainers and owners and it all added to my tally. It's been fantastic." 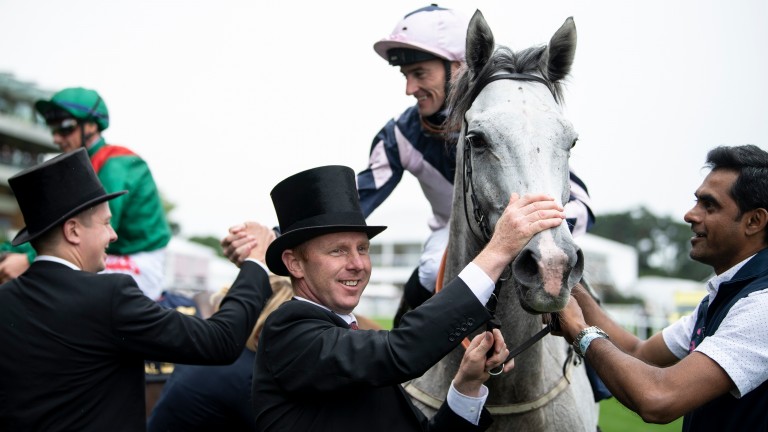 Danny Tudhope, who had just ten rides at the royal meeting this week, finished with the best strike-rate thanks to an impressive haul of four winners, and he was just touched off for a fifth on Dream Of Dreams in the Diamond Jubilee Stakes, while a James Doyle double meant he finished on three winners.

Like Moore, Aidan O'Brien was winless on the final day but had done enough to claim the trainer's equivalent for a tenth time with five winners.

According to Paddy Power's Paul Binfield, punters hit back on the final day with five of the six results punter-friendly. Only 25-1 shot Space Traveller, who upset the 5-2 favourite Space Blues, was a good one for the layers.

Favourites Defoe, Blue Point and Cape Byron were backed up by 3-1 shot Pinatubo and 7-2 chance Cleonte, and he said: "It was a bad day for us with three favourites and two well-supported horses delighting punters.

"However, despite a Frankie Dettori mauling on the Thursday, we've managed to come out slightly ahead and we're delighted to send punters home from a sun-baked Ascot with smiles on their faces."

FIRST PUBLISHED 7:05PM, JUN 22 2019
I started the week with Too Darn Hot and I was really down and thought it could be one of those weeks

'I think I probably needed Valium this morning - Ascot with people is amazing' Poetic Flare underlines stallion credentials with St James's Palace Stakes romp Palace Pier v Poetic Flare: which camp are you in for the Sussex Stakes? The key stats: high draw preferred in Royal Hunt Cup cavalry charge The power of Love: the brightest of all Ballydoyle's current stars returns Cheveley Park Stud's fingerprints all over day one at Royal Ascot