Delight for Philip Dempsey as The Long Mile wins by miles 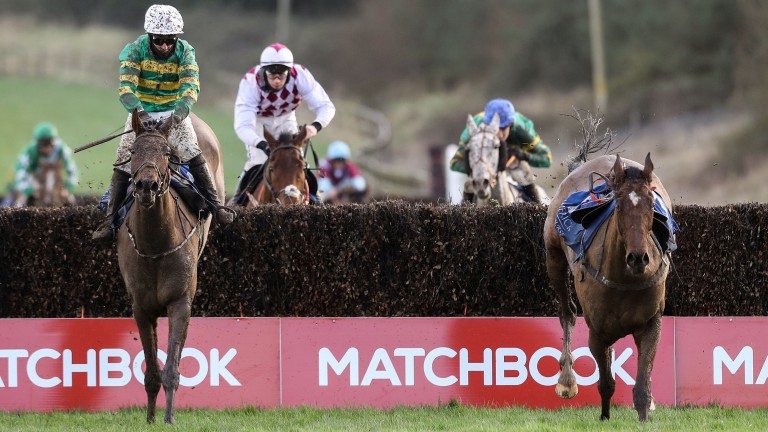 The Long Mile and Slippers Madden have just the loose horse for company over the last in the Tim Duggan Memorial Handicap Chase
Lorraine O'Sullivan (racingpost.com/photos)
1 of 1
By Justin O'Hanlon 5:55PM, DEC 28 2020

The Long Mile suffered a heavy fall on his seasonal reappearance at Punchestown last month, but that bad memory was cast aside in some style as the Philip Dempsey-trained six-year-old turned the Tim Duggan Memorial Handicap Chase into a procession.

It was an attritional performance on extremely testing ground and Slippers Madden's mount didn't even look the likeliest winner turning in, but once getting to the front before the final fence he put 22 lengths between himself and the gallant topweight Articulum.

"He took a heavy fall last time which wasn't ideal, but he loves these conditions," said Dempsey. "He progressed well last year and normally does just enough. I hadn't looked beyond this but I suppose a race like the Leopardstown Chase might suit."

The Grade 2 Lyons of Limerick Jaguar Land Rover Novice Hurdle, due to be run here on Sunday, was bolted on to this card instead of going to the rescheduled fixture on Wednesday, and it meant some scrabbling around by trainers to get replacement jockeys.

The luckiest beneficiary was Jody McGarvey, who was booked for the plum ride on the Gordon Elliott-trained Farouk D'Alene, and he did not let the opportunity go to waste. Sending his mount to the front early in the back straight, he made the rest and put his jumping to good use as he held off the staying-on Vanillier by three-parts of a length. 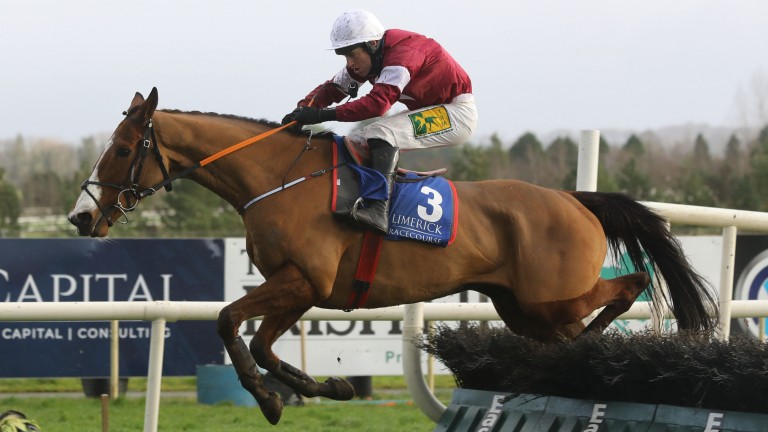 Farouk D'Alene and Jody McGarvey on their way to winning the Grade 2 novice hurdle at Limerick
Lorraine O'Sullivan (racingpost.com/photos)

"It was hard work out there – it takes some amount of getting, but he was super tough," said McGarvey.

"He jumped and travelled beautifully and I was confident he would stay. I knew it would be hard work, but I was able to save enough energy before the turn in to get me home."

It was the culmination of a good half an hour for McGarvey after he landed the opening maiden hurdle on 1-8 favourite Ciel De Neige for trainer Willie Mullins and owner JP McManus.

It was a fabulous day at Leopardstown for Henry de Bromhead as Savills Chase winner A Plus Tard entered the Gold Cup picture, but the Knockeen handler might also look back fondly at the maiden auction hurdle on this card after his newcomer Heather Rocco scored in taking fashion. 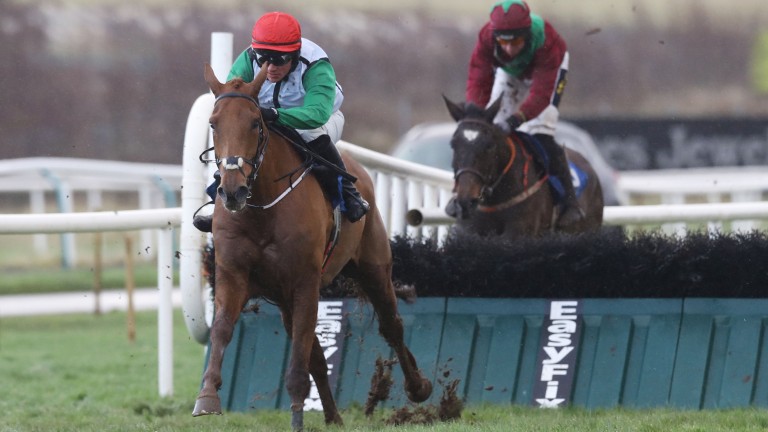 Heather Rocco comes away from the final flight under Hugh Morgan to score at Limerick
Lorraine O'Sullivan (racingpost.com/photos)

Hugh Morgan, showing no ill-effects from the purler of a fall he took from Jan Maat at Leopardstown on Saturday, did the steering before reacquainting himself with the turf when unseated on his final two rides of the day.

Heather Rocco, who won his point at Umma House in October, quickened up impressively to score by 11 lengths.

Morgan said: "I was a bit anxious because he was a bit keen early on, but when they came to him in the straight I was very impressed with the way he picked up."

From a dud to the Lord of Leopardstown - Porter floors rivals

FIRST PUBLISHED 5:55PM, DEC 28 2020
I hadn't looked beyond this but I suppose a race like the Leopardstown Chase might suit

Fairytale for Cummins as apprentice rides first Irish winner on 50-1 outsider This is all about Samcro - but will the one-time future megastar battle again? Singing Banjo calls the tune again after Punchestown festival heroics