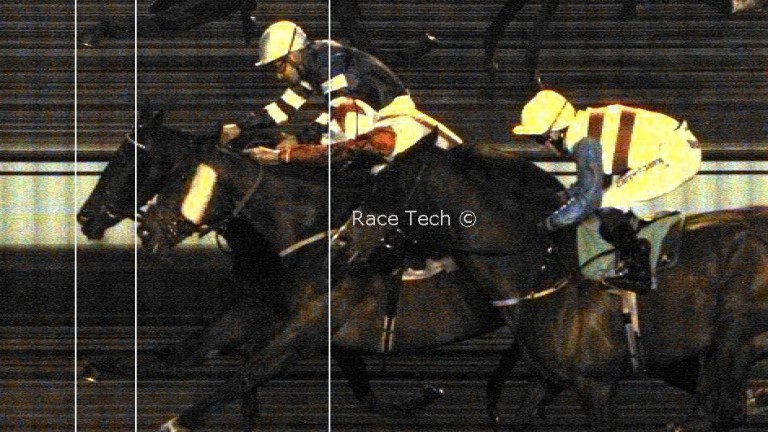 Bird For Life, the horse belatedly denied a Kempton victory when judge Felix Wheeler changed his photo-finish call five days later, was back in action at the track on Wednesday night and, wouldn't you know it, she was involved in another photo-finish.

After everything that had happened in the last two weeks her trainer Mark Usher could not quite believe it. The four-year-old, who was racing off a 3lb higher mark after the handicapper eased her 1lb for not actually winning, came with a rattling late run under Ryan Tate and looked to have just got there.

Usher had been here before.

"They were telling me they said on the telly you'd need to go to Specsavers if you thought she hadn't won this time, so it was a relief to hear that," said Usher, who just laughed when asked if he had checked the print himself just to be sure.

"It's been a happy ending to what was a pretty miserable episode for the owners and me. It worked out. I'd have been depressed if she'd been beaten a head, put it that way."

Watch the replay of Bird For Life's win 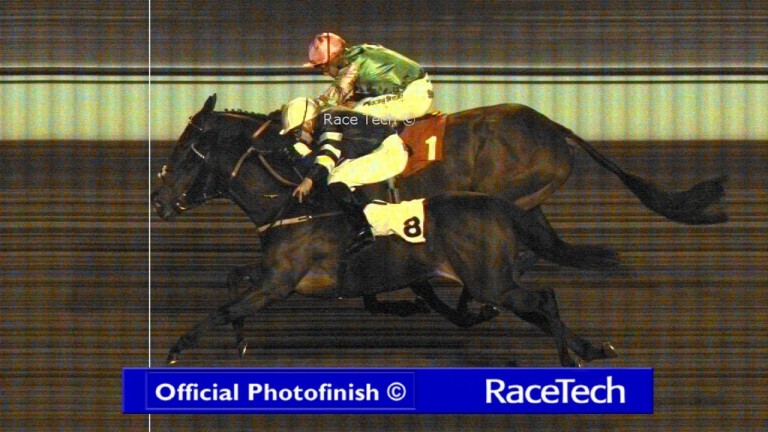 Oregon Gift (far side) was incorrectly called the runner-up in a photo-finish. He has since been awarded the race
Racetech

On last month's sorry episode when Oregon Gift was eventually deemed to have beaten Bird For Life, he added: "It was an unfortunate incident. The BHA did email me a copy of the photograph but it was a bit grainy and I couldn't see it. They put her up 4lb originally and dropped her 1lb, so she's run off 3lb higher."

Usher will keep the filly, owned by The Mark Usher Racing Club, on the go and thinks there could be more to come.

He said: "She's very tough and loves the track. She came from last to first, and they didn't go a great gallop, it was a good performance. She's probably still improving a little bit so we'll keep chugging away.

"I think there's more to come. She was never quite right as a two-year-old, she hasn't got that many miles on the clock and Ryan gets on with her very well.

"The handicapper shouldn't do too much with that and she could go on the grass. When fillies start to improve they can improve quite a bit."

FIRST PUBLISHED 12:20PM, APR 5 2018
It's been a happy ending to what was a pretty miserable episode for the owners and I. It worked out