'Deirdre was really quite angry with me, asking why I did it every year'

The trainer is out to seal a landmark victory 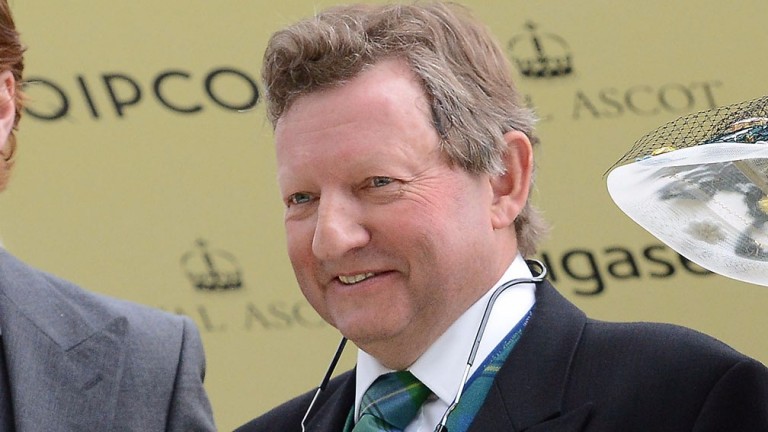 Only training behemoths Sir Michael Stoute, Aidan O'Brien and John Gosden of the current conditioners have had more winners at Royal Ascot than Mark Johnston, who has lifted the lid on the demands and pressures that go alongside Flat racing's most glamorous meeting, at which he is seeking his 40th winner.

Johnston, who sent out the most winners at Royal Ascot in 2002 and 2003, had trebles at Sandown on Friday and Leicester on Saturday, but it seems just one will satisfy the trainer, who revealed his early obsession with the fixture would irritate his wife Deirdre.

"The first thing you want is to get on the scoresheet and that takes the pressure off," said the Classic-winning Johnston.

"There's terrible pressure going into the meeting. I started training in 1987 and I was very keen on Ascot right from the start and by the third day in 1995 Deirdre was really quite angry with me, asking why I did it every year, taking our best horses down to Ascot and getting them beaten. That afternoon we had a double and it's been great ever since, or mostly great.

"It is tough. You take your best horses and there are no tougher races than Royal Ascot, so you're throwing your best team into it and sometimes they take a bit of time to get over it, so it's a big gamble." 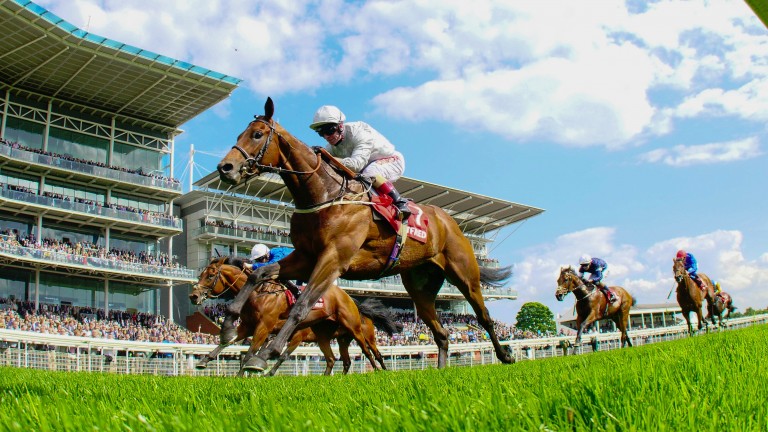 Permian: Dante winner may be on the Johnston team this year

The expanded international participation has added interest and excitement to Royal Ascot, but also increased competition.

"That makes it more difficult, absolutely," added Johnston on Racing UK. "It was always tough, you always got horses in the peak of their form giving their best, jockeys giving their best, but now we've got them coming from all corners of the globe, which makes it tougher still."

Double Trigger 1995 Gold Cup
The first can be the sweetest and Johnston will surely never forget the popular stayer who also had three Doncaster Cups and Goodwood Cups on his CV.

Bijou D'Inde 1996 St James's Palace Stakes
Among the classiest horses Johnston has trained, Bijou D'Inde was third in the 2,000 Guineas and fourth in the Irish equivalent before setting the record straight by defeating his Classic conquerors.

Attraction 2004 Coronation Stakes
Successful in the Queen Mary the previous year, the apple of her trainer's eye returned with wins in the 1,000 Guineas and Irish 1,000 Guineas under her belt and had little trouble completing an impressive hat-trick.

Johnston admits he does not have a zinger like Attraction to provide him with his 40th strike at Royal Ascot, but reckons plenty of his have decent shots.

"I don't have a banker," he said. "There are years like Attraction when coming second would've been a disappointment with her. I don't have anything in that class. If I was to take Permian [for the King Edward VII], and I haven't decided yet; we'd only take him if we thought he had a serious chance of winning.

"We think Time To Study, if he goes to the Queen's Vase, is an exciting young horse on the way up and that's the race for him. Sofia's Rock is in the King George V Stakes and is another who'd have a great chance.

"I've plenty with good chances, but not that standout one you could say we'd all be shocked if it got beaten."

Dettori adds to strong hand as he guns for third straight Royal Ascot crown More Ascot heroics? Hollie Doyle hoping Trueshan and Glen Shiel can star again Frankie Dettori in demand as Royal Ascot countdown continues A top on-course bookie on the horses he's out to get on day one at Royal Ascot Royal Ascot special: 'She's my best - and only - bet in a two-year-old race' Tracks set for more pain after June 21 with likely delay on restrictions easing