Definitly has 'great chance' of being the next Red National hero 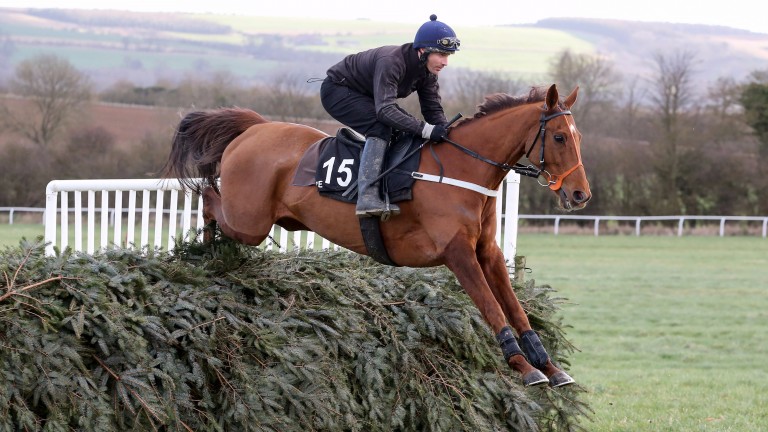 Definitly Red on Wednesday surged to a share of favouritism for the Randox Health Grand National as bookmakers took scissors to the price of the race's best-handicapped horse, one whose trainer Brian Ellison believes has "a great chance" of winning.

Having been freely available at 14-1, the wide-margin Grimthorpe Chase winner was on Wednesday night a best-priced 12-1 and as short as 10-1 joint-favourite alongside Vieux Lion Rouge with Paddy Power and Sky Bet.

Danny Cook has already been aboard one of the north's top chasers for a schooling session over Grand National-style fences, which further boosted the hopes of Ellison, whose previous runner in the sport's most famous prize, Neptune Equester, finished 13th at 100-1 in 2012.

"Based on his run at Doncaster I think he probably does deserve to be favourite," said Ellison.

"He was very impressive in the Grimthorpe and before that we beat Blaklion at Wetherby, so he's surrounded by good form.

"His schooling couldn't have gone any better, he worked well on Tuesday and he's scoped 100 per cent clean.

"He's never let us down. Last year I was doubtful about his stamina, but he's much stronger this season. When you look at his Doncaster win you couldn't say he won't stay. That was over three miles and two furlongs, and he definitely wasn't stopping." 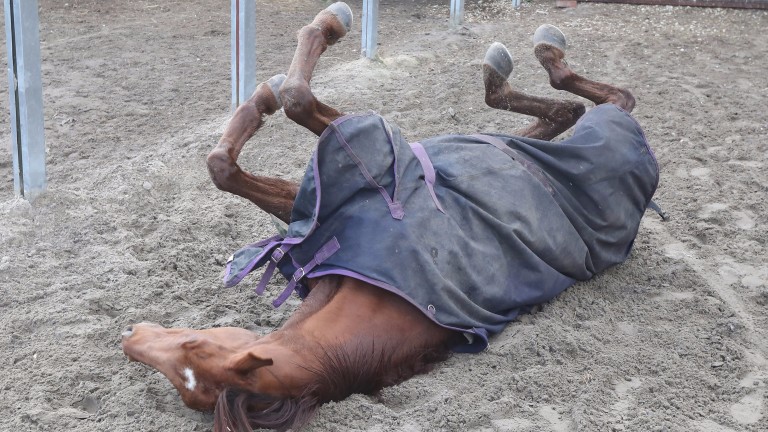 Definitly Red takes it easy after a pre-Aintree schooling session
GROSSICK RACING PHOTOGRAPHY 0771
Ellison added: "I won't feel any extra pressure if he goes off favourite. I'd much rather have the favourite than a 50-1 shot. I love the horse and think he has a great chance, although you do need a lot of luck in the National.

"We had Neptune Equester finish 13th but this is a different ballgame and a different horse who is different class."

Asked what pre-race tactics will be given to Cook, North Yorkshire-based Ellison said: "We've already spoken about it a bit. I wouldn't complicate things for Danny.He knows the horse. I'll just be telling him to stay calm.

"Hopefully he'll be able to keep out of trouble for the first circuit and then ride a race on the second circuit. I just hope Danny doesn't go to the front too early. He does that all the time. It's just the way he likes to ride." 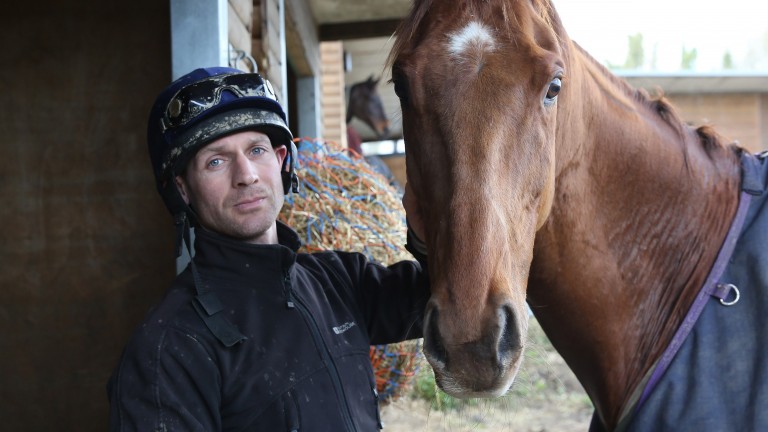 Danny Cook with Definitly Red: 'He knows the horse. I'll just be telling him to stay calm,' says trainer Brian Ellison
GROSSICK RACING PHOTOGRAPHY 0771
Like Ellison, owner Phil Martin is not losing sleep over having the horse who could well be sent off market leader on Saturday week, his likely popularity set to be increased by having in his name the colour associated with Liverpool FC - and also the colour that featured in the names of Aintree heroes Red Rum, Red Marauder and Red Alligator.

"I'm quite enjoying it all to be honest," said Martin, "although ten minutes before the race I'll be like a cat on hot bricks."

Winning would rank as by far the greatest racing achievement of native north-east boy Ellison, who last year came agonisingly close to fulfilling his dream of lifting the Northumberland Plate.

He said: "Winning the National would be something you never forget, something that will always be remembered. It would be even bigger than winning the Plate. Definitely."

Regal Encore is 40-1 from 50-1 after schooling over Lambourn's National fences, but trainer Anthony Honeyball reiterated that a decision on his participation has yet to be made.

Red Alligator (1968): Having been involved in the infamous pile-up when third to Foinavon one year earlier, the Denys Smith-trained chaser returned to Aintree and won for the north-east under 19-year-old Brian Fletcher.

Red Rum (1973, 74 and 77): The most famous and successful of all National champions was partnered by Fletcher for his first two wins, but it was Tommy Stack who rode the 1975 and 1976 second to a history-making third triumph that made him a sporting colossus.

Red Marauder (2001): There was also a north-east angle to the third Red winner - which bodes well for Brian Ellison - as Norman Mason's stable star came from County Durham to land the controversial National in which only four horses finished, two of them after remounting.

FIRST PUBLISHED 7:42PM, MAR 29 2017
We had Neptune Equester finish 13th but this is a different ballgame and a different horse who is different class