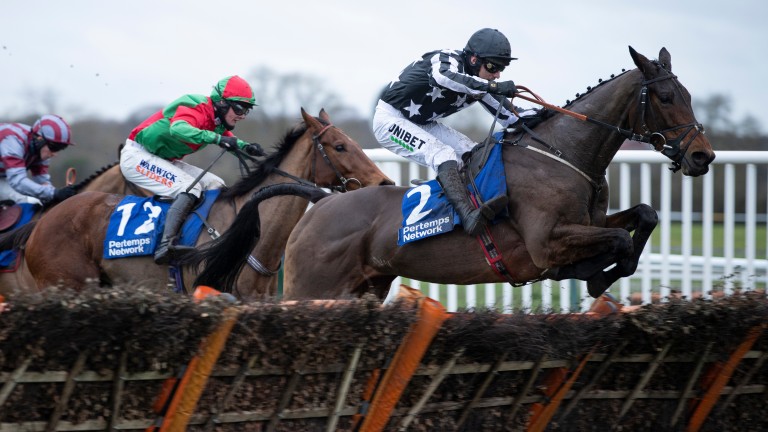 Fergal O'Brien is tempted by a Paddy Power Stayers' Hurdle bid with exciting Pertemps qualifier winner Imperial Alcazar, who he believes is one of the best he has trained and with further improvement to come.

The seven-year-old ran out a comfortable winner of the 3m1f handicap hurdle, although the success was marred by tragedy as both Ardlethen and Espion were fatally injured after being brought down by a fall from Flemcara at the final flight.

Bookmakers make Imperial Alcazar a 12-1 chance to land the Pertemps Final at the Cheltenham Festival in March, but O'Brien has always thought extremely highly of Imperial Racing's latest star and the Stayers' is now deemed a potential option.

"That was a lovely performance," said O'Brien. "We've been talking the horse up to the owners for a long time and they've had to be patient so it's nice for him to reward them. We think he's a very nice horse.

"We'll sit back and have a look [about our options] as to who goes where. It's a lovely problem to have and we'll have to see what the handicapper does.

"He's definitely one of the best ones [I've had] so hopefully they'll be a few more like him to come along."

Cheltenham the next destination

Next Destination continued to establish himself as one of the leading staying novice chasers in Britain with a second hard-fought victory over fences at Grade 2 level.

The nine-year-old built on his smart stable debut victory for the Paul Nicholls camp, staying on best to hold off Fiddlerontheroof by a length and a half in the McCoy Contractors-sponsored Hampton Novices' Chase. 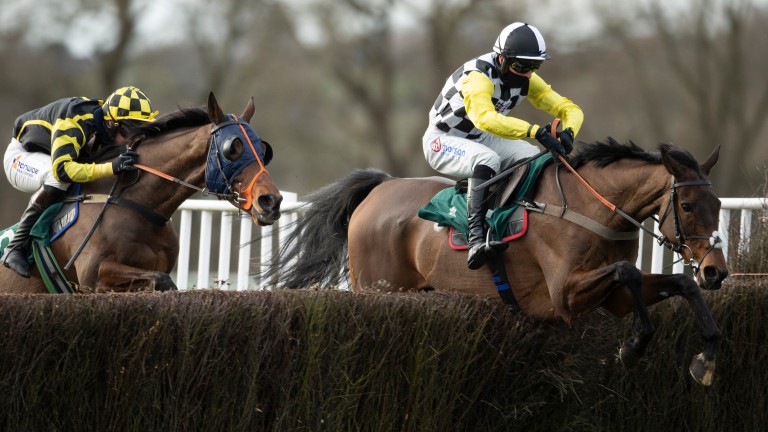 Next Destination: made it two from two over fences at Warwick
Edward Whitaker (racingpost.com/photos)

Harry Derham, assistant to Nicholls, confirmed Next Destination would be heading to Cheltenham with options of either the National Hunt Chase or the race formerly known as the RSA.

"He stays very well, jumps great and I'm really pleased with his performance. He'll be entered in the RSA and we'll have to talk to owner Malcolm Denmark about the National Hunt Chase," he said.

"If I was a betting man, I'd imagine he'd end up in the race which was the RSA. Paul will have a conversation and make a plan from there. We'll try and get him in peak condition for Cheltenham now."

Tom Lacey pinpointed the Albert Bartlett as an option for Adrimel, who relished a step up in distance to take the Ballymore Leamington Novices' Hurdle, the other Grade 2 on the card.

The prolific six-year-old was giving his trainer a first success at this level, making it five wins from his six starts. 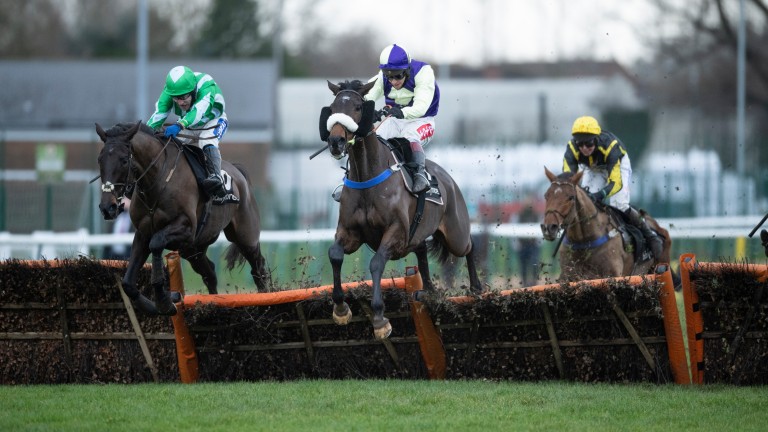 Lacey said: "It's testament to the horse's ability that he was winning over two miles. We were always excited and waiting to step up in trip.

"On spring ground you might need to go up [in trip] again. You could think about the Albert Bartlett, but ultimately his future lies over fences so we'll do what's right for the horse."

Sky Pirate was made 5-1 favourite with William Hill for Cheltenham's Grand Annual after making it two wins from two over the two-mile distance.

That festival race is an option, but his novice status could tempt connections to look at the Arkle, while he also has an entry in the Betfair Hurdle.

Expert Jury: 'He's one of the best four-year-olds in Ireland right now'

Saturday reaction: 'He should top any shortlist for the Scottish Grand National'

FIRST PUBLISHED 6:45PM, JAN 16 2021
We've been talking the horse up to the owners for a long time and they've had to be patient so it's nice for him to reward them