Cheltenham Reports REST OF THE ACTION 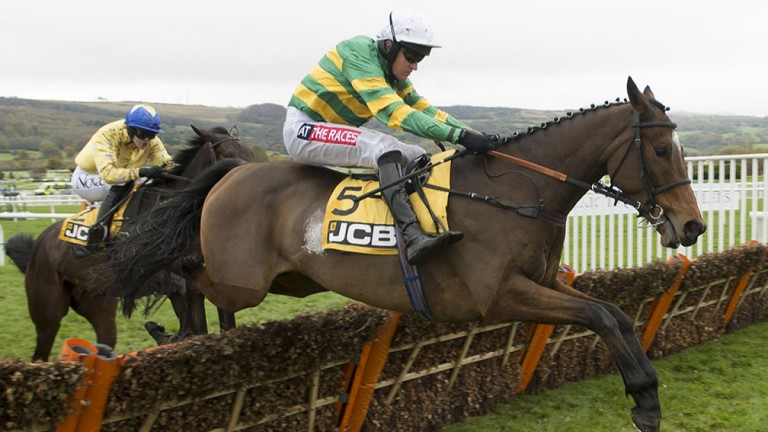 Not since Katchit in 2006 has the winner of the JCB Triumph Hurdle Trial gone on to success in the main event in March, but the ease with which Defi Du Seuil put to bed a field chocked full of potential suggested he is a live contender.

A five-length scorer on his hurdles debut for trainer Philip Hobbs and owner JP McManus at Ffos Las, Defi De Seuil easily bridged the gap to Graded level, hitting the front hard on the bridle before the last before comfortably holding runner-up Diable De Sivola by a length and three-quarters, with a further 58 lengths back to the third.

"We were hoping that might happen today, but you never really know,” said Hobbs. “Everything he does at home is really nice and it's a big relief for him to come here and do it. He wouldn't need to be there that soon but he has a lot of boot.”

Defi Du Seuil was a general 16-1 chance for the Triumph after the win and Hobbs thinks he is plenty streetwise enough for a race like that.

He added: "He’s a very forward type who is ready to go now. He’s not over-big; he’s stocky, very strong and quite mature.”

Chaos reigned in the 3m3½f Grade 3 handicap chase, but Viconte Du Noyer escaped the melee at the 12th fence to cement the new partnership between owners Ann and Alan Potts and trainer Colin Tizzard.

Le Reve, who had unseated Nico de Boinville at the second, played arguably the most significant role in the race, as he continued riderless to the 12th, at which he refused, instead running down it and ending the hopes of Cogry, Racing Pulse and Midnight Prayer. 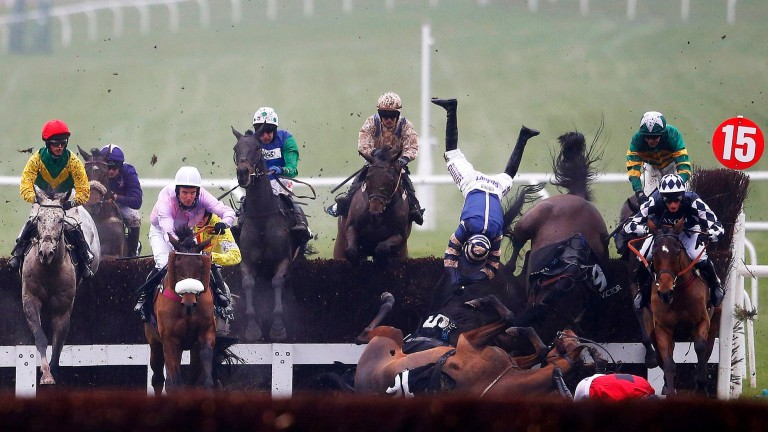 Mayhem ensues during the BetVictor Handicap Chase after Le Reve ran down a fence
Alan Crowhurst
The incident left mayhem on the inside of the track, but all jockeys and horses returned unscathed.

Paddy Power made the winner a 40-1 shot for the Randox Health Grand National, an event Tizzard seemed keen on post-race.

Expanding on his decision to back Tizzard, Alan Potts said: “We met at the festival and I really took to the guy.

"When Colm Murphy decided he was going to give up training I thought rather than sharing up the 50 or 60 horses I had in Ireland I’d put some in the UK and had no hesitation in giving Colin a chance. We’ve got 17 with him now and I have a good feeling.”

Anteros came from the clouds to give trainer Sophie Leech her second Cheltenham winner and first in the last five years in the 3m1½f handicap hurdle.

Under an exaggerated waiting ride from Paul Townend, Anteros appeared full of running before the last, with Townend charting a winning course hard against the stands’ rail.

“It’s a massive boost for the yard,” said Leech, who trains a dual-purpose team of 30 at nearby Elton, in Gloucestershire. “He’s never been easy and so much work goes into him particularly, but also the other horses we have."

This had been a day when Alan King amassed almost every letter in the form book before his My Khaleesi shared the Listed mares' bumper in a dead-heat with the Peter Atkinson-trained Irish Roe, the mount of former Grand National-winner-turned-Flat-jockey Graham Lee.

King's stable jockey Wayne Hutchinson had been on the deck three times during the day, while the trainer's runners had gone through the card earning the letters FPBPFU9. 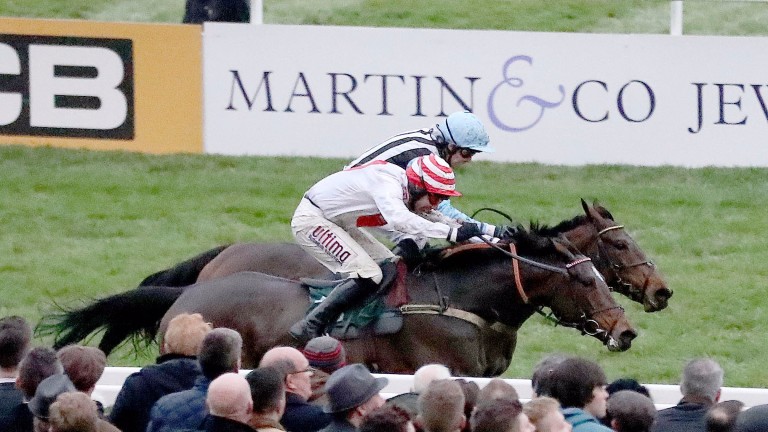 Dead-heats are becoming more uncommon
John Grossick (racingpost.com/photos)
"I've had some strange days, but not like this one," said King. "Once the mare ended up in a photo I thought it was sure to go against her."

Atkinson, a pig farmer who owns and trains two horses under permit, said: "The wife bought her for €2,000 and did all the work with her."

The wife's name is Lucinda and she has no desire to part company with her pride and joy.

The loudest noise of the day was not reserved to cheer home a winner but came when the packed grandstand gasped at Thistlecrack's assault on the first open ditch.

One trainer, one jockey, one horse and one race to follow on Saturday Japan defeats Trueshan as odd couple fight out Ormonde finish Yibir on Derby trail for Charlie Appleby in Thursday's Dee Stakes at Chester