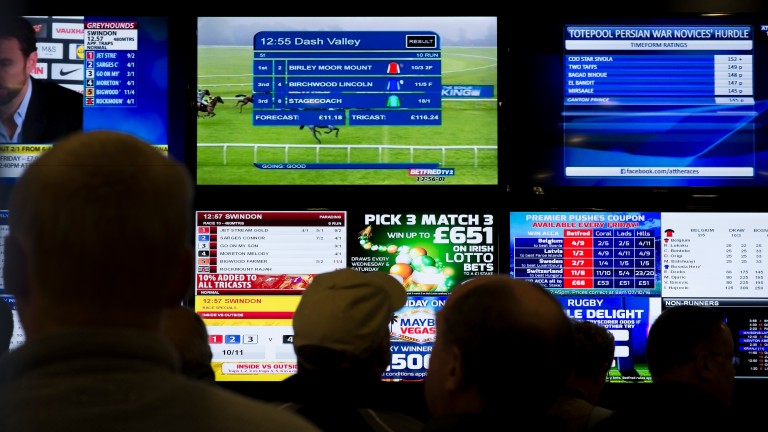 One for the punters: the rule 4 in effect rewarded early backers with a greater return than the SP
Edward Whitaker
1 of 1
By Jon Lees 12:29PM, JAN 29 2017

Early backers of Defi Du Seuil were handsome beneficiaries of the under-fire rule 4 system as a result of the withdrawal of market leader Charli Parcs from the first race at Cheltenham yesterday.

Charli Parcs was a general 4-5 favourite when he was ruled out of the JCB Triumph Hurdle Trial because of the change of going leading to markets being suspended around half an hour before the race.

Under Rule 4, a 55p-in-the-pound deduction was made from winning bets struck on Defi Du Seuil before Charli Parks's withdrawal.

Yet with Defi Du Seuil, who had been 11-10 earlier, being returned at a starting price of 1-5, backers of the winner enjoyed a huge edge by being in effect on at close to 1-2.

James Knight, head of racing trading at Ladbrokes Coral, said: "In these instances where you get two short-priced horses in a race and one is withdrawn, the rule 4 system massively favours the backers of the other horse over the layer. It is very costly for bookmakers."

FIRST PUBLISHED 1:19PM, JAN 28 2017
In these instances where you get two short priced horses in a race and one is withdrawn, the rule 4 system massively favours the backers of the other horse over the layer