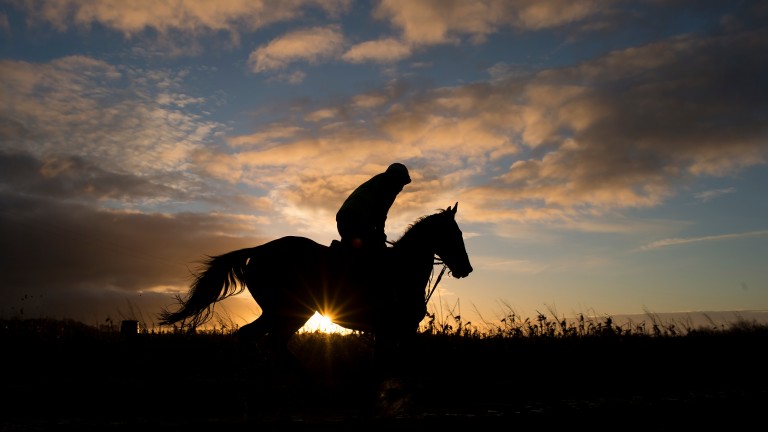 A decision will be made over the next few days to determine whether Cue Card will race again.

The 12-year-old, ridden by Paddy Brennan, was pulled up behind Balko Des Flos in the Ryanair Chase, a race he won five years ago.

Sent off 9-2 second favourite behind Un De Sceaux, Cue Card, whose star quality and durability have earned him a place in the hearts of racing fans, was making his seventh appearance at the Cheltenham Festival, where he first announced his talent in 2010 with a 40-1 win in the Champion Bumper.

Trainer Colin Tizzard said: “Paddy said he was never travelling on that deep ground and when they went by him he couldn’t handle it. Paddy had to make a split decision. He was in last place and there was no use carrying on. It was sad to see him stop so quickly. But he’s walking around bright as a button after the race.

“It was the last thing I expected. Paddy said he didn’t handle the heavy ground, but he’s raced on that before."

On the subject of retirement he said: “We’re not going to mention that word. But it’s getting closer. We’ll take him home for a few days and see if there's a reason for the run. And if there is we’ll keep everyone informed.

“We’ll get him home before making any decisions. I’d be very surprised, though, if there's an issue because he walked away from the race a happy chap. But the last thing we all want to see is him being pulled up halfway."

Cue Card was already set to retire at the end of the season but it was hoped he could go out in style in the spring festivals at Cheltenham and Aintree.

The nine-time Grade 1 winner, who landed the King George in 2015, fell in the last two runnings of the Gold Cup but had appeared back near his best with a gutsy front-running display in the Ascot Chase last month, when eclipsed only by Waiting Patiently.

But it seemed that punishing race on soft ground had taken its toll as Cue Card, who led early on, began to struggle on the second circuit of the 2m5f Ryanair, with Brennan pulling him up quickly after he dropped to the rear.

Owner Jean Bishop said whether Cue Card raced again or not he had given her a treasure trove of amazing memories.

She said: “He’s come back in one piece. He’s trotted back and is full of beans. He didn’t like the ground and is getting older, But we won’t be making any decisions yet.

“I don’t want to make a decision on the day of the race. We’ll sleep on it. We’re not looking at a long time for him to be racing from now anyway, so we’ll take it step by step.”

Reflecting on a career that has produced 16 wins and 11 seconds from 41 starts, Bishop said: “We went to Fontwell to see him in a bumper and when he won we knew we had something special. And it turned out right.

“We were watching a replay of the Cheltenham bumper win yesterday and it’s hard to believe it’s eight years ago. We were re-living it all.

“It’s still a dream how we got him and what he's done. I’ve got other nice horses but it will not be the same without Cue Card running. But we'll always have him to look back on.”