Death of racehorse owner and William Hill director at 90 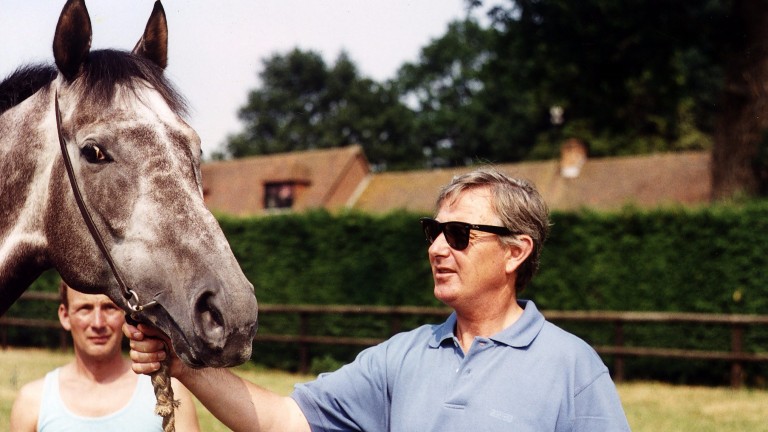 Well-known on-course bookmaker and racehorse owner Leslie Spencer, who spent a long spell as director of William Hill in the 1970s and 1980s, has died following a short illness. He was 90.

After serving in the RAF in World War II, Spencer worked on course as a tic-tac man and then at Hills' head office in London as a board boy, before switching to the racecourse operation and working on track with William Hill himself.

As well as his bookmaking duties, during which time he crossed swords with such legends as Dorothy Paget, Alec Bird, Phil Bull, Robert Sangster, Geoffrey Greenwood and Terry Ramsden, Spencer was also a successful owner with Tommy Gosling, Ron Vibert and Con Horgan.

Horgan trained his Western Dancer to win several races in the mid-1980s, including the Ebor at York and Chester Cup, and he was also placed at Royal Ascot three years in a row.

Horgan said: "Leslie never lost his bit of sparkle even towards the end; I saw him a few weeks ago. He was a marvelous man and we all called him 'The Silver Fox' on account of his blonde hair.

"We had a great time when Western Dancer won the Ebor. I know Leslie backed the horse, although we didn't discuss how much he had on."

For Hills, Graham Sharpe said: "Leslie spanned the racecourse betting generations, working on course to learn his trade with his boss and mentor William Hill, the founder of the company bearing his name, becoming the company’s senior course representative and retiring after 40 years' service in 1989.

"He was always happy to share his experiences with younger members of staff when he visited the Blackfriars Road head office, and I certainly learned a few tricks of the trade from him."

The Spencer name lives on at the races through his son Nigel, and grandsons Ryan and Craig, who operate the Spencers' pitches at 14 racecourses.

Funeral arrangements will follow in due course. No flowers but donations can be made to the Injured Jockeys Fund.