Death of popular trainer Frank Ennis at the age of 75 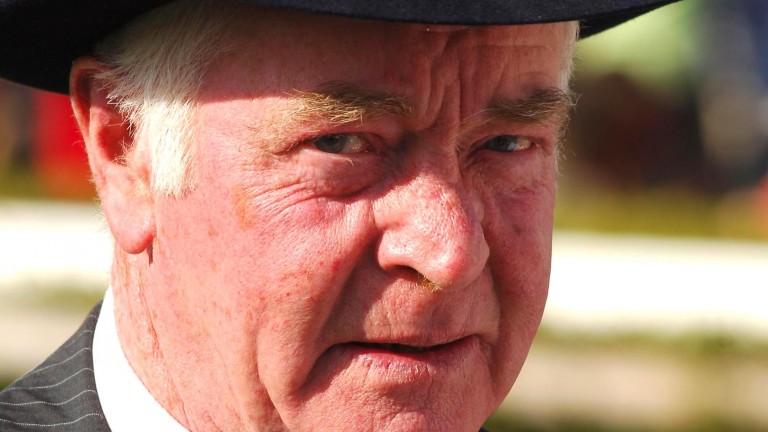 Former jockey and trainer Frank Ennis, a popular figure in Irish racing circles, died on Friday. He was 75 and had been suffering from Parkinson's disease.

A native of Castletown-Geoghegan in County Westmeath, Ennis took out a trainer's licence at the end of his riding career and was based on the Curragh.

Ennis sent out Confuchias to win the Group 3 Killavullan Stakes at Leopardstown in 2006 on his final start as a juvenile. The colt won the Chipchase Stakes at Newcastle the following season before joining Walter Swinburn in Britain.

Ferneley was another star for Ennis. He won a Curragh maiden as a juvenile, was third to Teofilo in the 2006 Futurity Stakes and won the Group 3 Amethyst Stakes as a four-year-old in 2008.

Most of Ennis's success came on the Flat, but Rupununi won the Grade 3 Joe Mac Novice Hurdle at Tipperary in 2003.

Scottish Memories, Miss Childrey and Inourhearts were other classy performers for Ennis, the last-named winning the Rockingham in 2000. Barack was the trainer's final big winner when narrowly landing the Glencairn Stakes at Leopardstown in 2011. Ennis retired from training in 2012.

He is survived by his wife Ann and their four children Serena, Vanessa, Patrick and Francis.

He is reposing at his family home from 3pm on Sunday. There will be a requiem mass at St Brigid’s Church at the Curragh at 1pm on Monday, with burial afterwards in Holy Cross Cemetery, Suncroft. The funeral mass will be live-streamed on the St Brigid’s Church Facebook page.