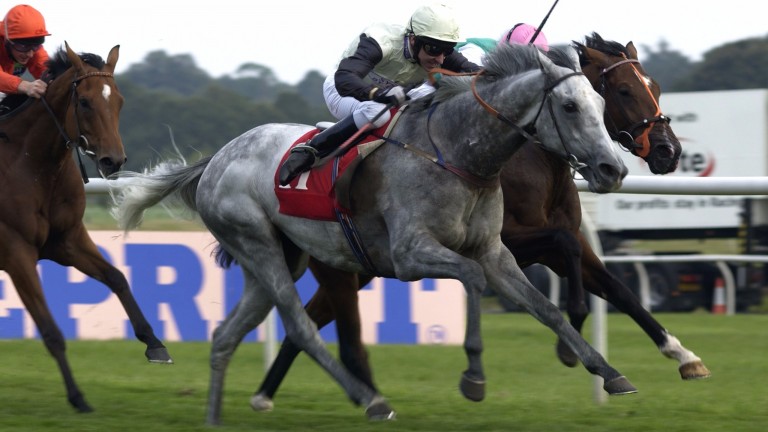 Owner, breeder and steward Sir Richard Hardy has died peacefully at home in Dorset after a long battle with leukemia. He was 72.

Hardy was the son-in-law of Simon Wingfield Digby, whose apple green and black colours were carried with such distinction by the likes of Cambridgeshire winner Flying Nelly, founder of a dynasty of good horses trained primarily by Barry Hills including Further Flight, the five-time winner of Newmarket's Jockey Club Cup and dual winner of the Goodwood Cup, Busy Flight, winner of the Yorkshire Cup, and Solo Flight, whose seven wins included Newbury's Courage Best Handicap.

His family recall him once collecting the Goodwood Cup and driving off with it still on the roof of his car. It was fortunately returned undamaged.

He added: "He very much enjoyed his racing and was great fun to train for. We had a lot of good banter and it's a great sadness that he has passed away."

Hardy, who was heavily involved in mating plans at the family's Springfield stud with his wife Venetia, was also a keen owner of point-to-pointers and a steward at Wincanton.

Despite his illness he rode with the Blackmore Vale hunt only last month and he had been out hacking even more recently. He is survived by Lady Hardy, daughters Arabella, Jacquetta, Georgina and Henrietta, and six grandchildren.

The funeral will he held at 3pm on December 6 at Sherborne Abbey, Dorset. Family flowers only but any donations please to www.anthonynolan.org or the Injured Jockeys Fund.

FIRST PUBLISHED 3:56PM, NOV 16 2017
He very much enjoyed his racing and was great fun to train for. We had a lot of good banter and it's a great sadness that he has passed away