Death of On Tiptoes trainer at age of 82 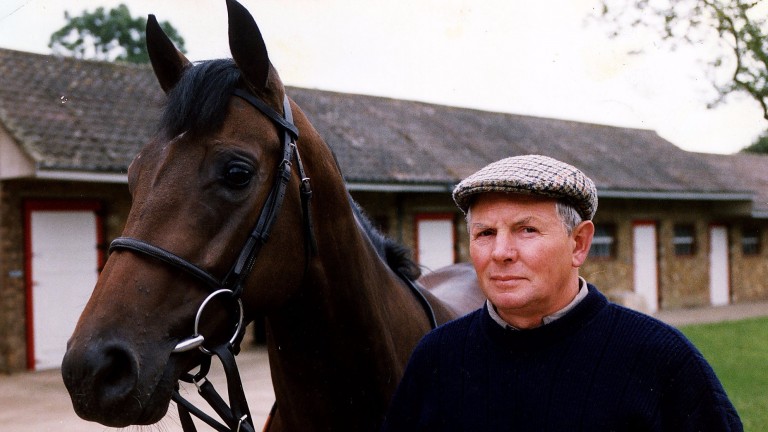 Jim Leigh, the Lincolnshire trainer who triumphed at Royal Ascot with On Tiptoes, has died aged 82.

Leigh took out a licence in 1966 having previously worked as head lad for renowned Irish jumps trainer Paddy Sleator.

On Tiptoes, bred at the Rowles family's Limestone Stud in Willoughton, near Gainsborough, adjacent to where Leigh trained, won her first two races at Ripon and Newmarket in the spring of 1990 and then made all in the Queen Mary Stakes at Royal Ascot, scoring by two and a half lengths under Dean McKeown.

"Jim never lost his ability to spot a nice horse," said James Given, who now trains from Leigh's former Mount House Stables base at Willoughton. "Horses ran through his veins.

"He was a charming man and a great horseman who was always willing to offer advice, support and encouragement."

Other horses he trained included Flat winners Johnnie The Joker, who won ten times, Beckingham Ben and Rouge and the chasers Eagles Nest and Cattly Hang, who won three times at Wetherby. He also prepared Midnight Legend, also bred by Limestone Stud, for the sales and broke in Little Rock for owner John Greetham before the horse joined Michael Stoute.

McKeown said: "Jim Leigh was one of the nicest human beings I have ever met, a really kind man, and a really good trainer too. He never had many horses. After On Tiptoes came on the scene I thought he would get loads more but that never happened.

"I breezed Midnight Legend at Newmarket. Jim had prepared him phenomenally and he had a top pedigree but he breezed like a machine and ended up being one of the top jumps sires."

Leigh leaves a widow, Gillian, and sons Eamon and Kevin. The funeral is at 12.40pm on Monday March 20 at Scunthorpe Crematorium.

FIRST PUBLISHED 2:52PM, MAR 8 2017
Jim Leigh was one of the nicest human beings I have ever met, a really kind man, and a really good trainer too