Death of charismatic bookmaker Robert McCoubrey at the age of 69 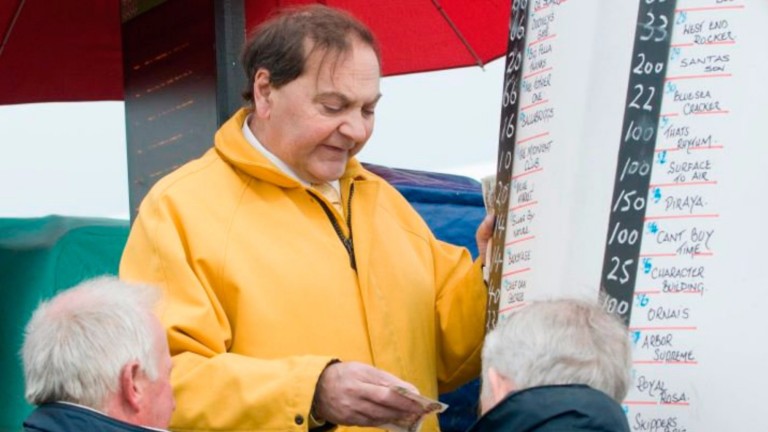 Robert McCoubrey, a leading figure in Northern Irish bookmaking for more than four decades, has died at the age of 69.

McCoubrey was an old-school character whose daring style was informed by his own judgement and a passion for risk-taking. He was prominent in the betting ring at Down Royal and Downpatrick, and operated at the heart of the action on the Northern Irish point-to-point scene, frequently laying substantial wagers.

McCoubrey died on Monday, only two days after attending the North Down fixture at Kirkistown and fellow bookmaker and leading point-to-point owner Ray Nicholas said: "Robert was a fearless layer and a lover of point-to-point racing in Northern Ireland. He will be sadly missed in the betting ring."

McCoubrey left a mark on the wider racing landscape with horses carrying the colours of his wife Theresa. Forty years ago, at the 1977 Cheltenham Festival, he and his associates landed some colossal bets when Rusty Tears, trained by Edward O'Grady and ridden by 18-year-old Niall 'Boots' Madden, landed the Cathcart Champion Hunter Chase, the final race of the meeting.

The best horse owned by the McCoubreys was Strong Platinum, who won nine of his 22 races for Curragh trainer Paddy Burke. He won four times over hurdles, including the prestigious Carroll Trophy at Dundalk, before coming into his own as a chaser. He hit a purple patch at the end of the 1994/95 season, winning three major prizes in the space of ten days.

Burke trained out of the yard owned by seven-time champion Irish Flat jockey Christy Roche, who later trained a number of horses for the McCoubrey family, including Spokesman, winner of five races and third in the County Hurdle in 2000.

Roche paid a heartfelt tribute to his long-time friend, saying: "Robert was just a lovely man. He was a great winner, and a very good loser. He really enjoyed the good days and never complained about the bad ones.

"He loved his racing and had a passion for point-to-pointing in the north. He was a very generous person and a great family man; a huge loss to his wife and his children. It's a sad time."

Hertfordshire-based trainer John Jenkins said: "Robert had horses with me from when I started in the late 70s and I don't think anyone else trained for him in England.

"He was a lovely man and we had a lot of winners together, including Easterly Gael and Gone By, who both won a lot of races, and more recently Oscars Journey. Two of Tony McCoy's first rides over here were at Stratford on horses of mine owned by Robert.

"He'd never blame the trainer or jockey when one of his was beaten. My wife Wendy and I would go to the Arc to with him and we spoke all of the time. I couldn't speak highly enough of him."

A gambler at heart, McCoubrey had a flamboyant, larger-than-life persona. In a long career as a bookmaker there were inevitable ups and downs but he will be remembered as one of the Irish betting ring's liveliest and most durable characters.

He is survived by wife Theresa, children Barry and Jamie, and their families. His funeral service is on Friday at St John Baptist Church, Helen's Bay, Co Down at 11.30am, and afterwards to Clandeboye Cemetery.