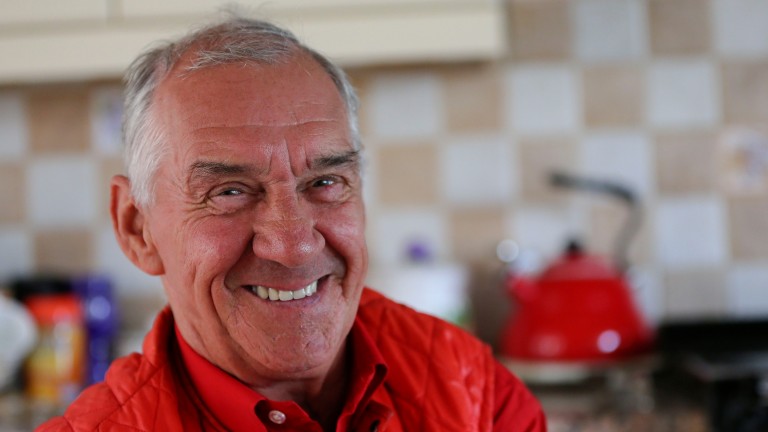 Harry Sprague, who won the 1956 Champion Hurdle on the Charlie Hall-trained Doorknocker and the Whitbread Gold Cup on Done Up three years later on his last ride, has died at the age of 97.

Sprague, who was light enough at under 6st as an apprentice to ride on the Flat and twice rode in the Derby, was also successful at Cheltenham on the Bob Turnell-trained Rosenkavalier in the Grand Annual and Stroller, trained by Vincent O'Brien, in the Spa Hurdle.

Sprague was born in Devon in 1920 to a merchant seaman and was the grandson of a local shoemaker. After he rode Shetlands and cart horses to local acclaim his parents got him an apprenticeship with trainer Jack Reardon at Epsom.

Before the second world war interrupted his teenage career, Sprague was champion apprentice, had ridden Larchfield in the 1939 Derby and won over hurdles and fences.

After serving in the Far East, Sprague returned to beat champion jockey Gordon Richards in a photo-finish at Bath and resume winning ways under both codes.

His natural balance and independent mind made him a 'turn-to' jockey. Paddy Prendergast even flew him to Ireland to ride a horse no one could hold and Ryan Price plucked him out of retirement for one last glory day on Done Up in the 1959 Whitbread.

As with many jump jockeys he had his fair share of injuries, twice breaking a leg as well as an arm, ankle and wrist. He retired after riding nearly 250 jump winners including two Imperial Cups, to run a farm in his home county of Devon.

"Not only was Harry a great jockey, he was a lovely man and a gentleman to boot."

Recalling Doorknocker's triumph win Berry added: "Our stable jockey Paddy Farrell rode Ingo, the stable's more fancied runner.  I said to Harry, 'Don't be put off because Paddy rides Ingo – this fellow has a big chance even though he is a novice', which he proved.

"Harry and I have been good mates ever since."