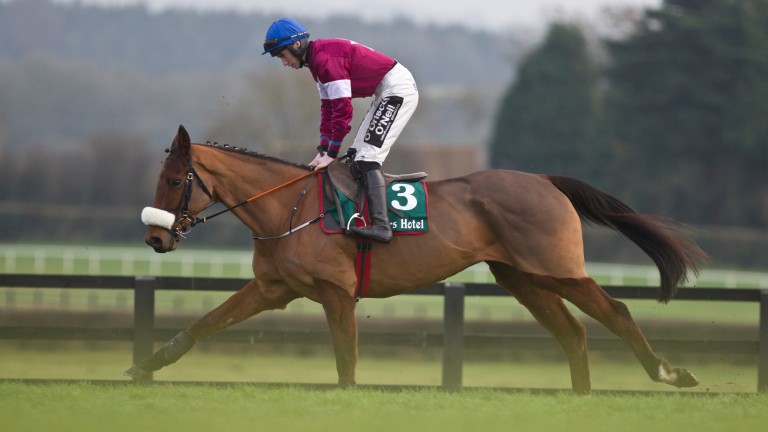 The saying goes there are two certainties in life: death and taxes.

Punters seem to have taken that to heart as Death Duty has been backed like a good thing to make it five in a row and give Gordon Elliott yet another winner.

Plenty thought Death Duty was not certain to repel Augusta Kate when she fell while challenging at the last in their Grade 1 meeting at Naas two months ago and the Willie Mullins-trained mare is given the chance to make amends.

Nicky Henderson will be hoping the 13th running of this race is lucky for him with two contenders bidding to emulate Bobs Worth, who won in 2011 before landing the RSA Chase and Cheltenham Gold Cup in following years.

The Worlds End won the sponsor's Grade 2 Prestige Hurdle at Haydock and heads the British challenge on official ratings with Wholestone, who has three wins and a second at the track this season.

Irish big guns yet to hit target
Ireland has won four of the last eight runnings but none of Willie Mullins, Henry de Bromhead and Gordon Elliott, who are represented here, has won the race.

Graeme McPherson, trainer of Ami Desbois
He has the form in the book from December at Cheltenham and the Challow, and I think he's a better horse now than before Christmas. Any rain would do his chances no harm and if it was softer I think he'd run a massive race, but regardless he still has a chance of making the first six.

Harry Fry, trainer of Any Drama
He won his last two over shorter and his jumping was much sharper last time. He goes there with an each-way chance.

Colin Tizzard, trainer of Elegant Escape
He's a lovely young horse we bought at Punchestown last year and he won well at Chepstow and Ascot. He has a bit to find but if he finishes in the first half-dozen we'll be delighted. He can have a nice long summer and come back as a potentially high-class chaser.

Dan Skelton, trainer of Tommy Rapper
He's still a maiden and 33-1 but was only just beaten by Willoughby Court and the step up to three miles will suit him. But we don't know if he'll act on the course yet.

Tom George, trainer of The Worlds End
He's had a good season and has been progressing well. This is going to be tougher but I don't foresee the ground being a problem.

Nigel Twiston-Davies, trainer of Wholestone
He's done absolutely nothing wrong and won three at Cheltenham this season. The Irish will throw something at him but we've seen with the results nothing is certain. He's the one to beat.