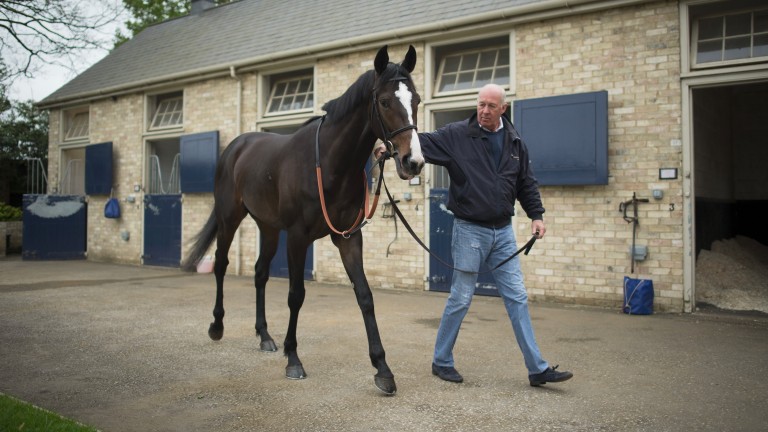 Eminent: to be partnered by Silvestre de Sousa in the Coral-Eclipse
Edward Whitaker
1 of 1
By Jon Lees 1:11PM, JUL 5 2017

Runaway jockeys' title leader Silvestre de Sousa will have a rare realistic shot at riding a first Group 1 winner for nearly two years after being recruited to partner Eminent in Saturday's Coral-Eclipse Stakes at Sandown.

De Sousa's five recent Royal Ascot Group 1 rides were all outsiders, but Eminent is general 4-1 third favourite for the Eclipse, and there is little between him, Cliffs Of Moher and Barney Roy at the head of the market. 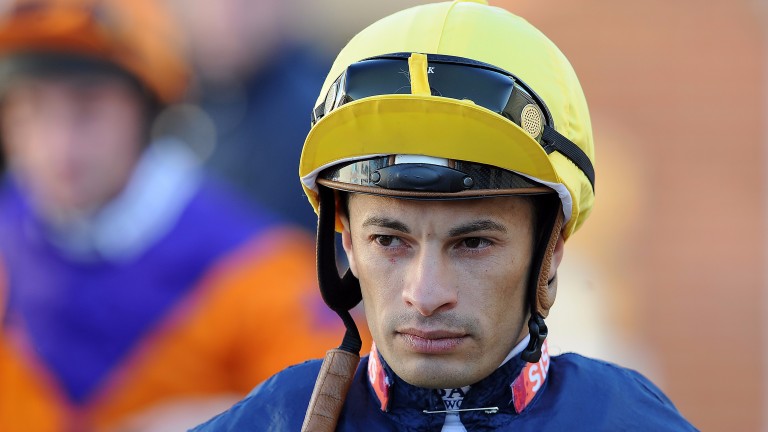 Crowley has ridden Eminent, a son of Frankel, on every start, the latest when he finished a close fourth in the Derby, but his trainer Martyn Meade revealed there would be a new pilot at Sandown in a move instigated by New Zealand owner Sir Peter Vela.

De Sousa has been in prolific form, which has taken him more than 20 winners clear in the Stobart Flat jockeys' championship race he won for the first time in 2015, but genuine Group 1-winning chances have been few and far between.

The jockey said: "I was delighted to get the call. Eminent is a nice horse and ran a really good race in the Derby. The Eclipse looks tailor-made for him and I'm delighted to be part of it."

As Crowley is now retained by Hamdan Al Maktoum he may have eventually become unavailable for Eminent, but Sheikh Hamdan's only entry, Mutakayyef, was not among the 16 Eclipse acceptors on Monday – the highest such number since 2003 – and the champion is likely to be riding at the meeting.

Meade said: "The owners have decided to have a change. Jim is retained by Sheikh Hamdan but we needed to have certainty and it has been decided that a change was required.

"Silvestre might sit on him before Saturday but all the work is done."

Eminent is set to meet Cliffs Of Moher, the Derby runner-up who is a joint top-priced 11-4 favourite with the race sponsor, along with Ladbrokes, at the head of the betting dominated by three-year-olds.

"He's in the Eclipse and Prix Jean Prat on Sunday and I'm going to leave him in both and see how the races pan out during the week," said Hannon. "I'm marginally favouring the Eclipse at the moment.

"I need to speak to the people at Godolphin but James Doyle will come over in the next couple of days and we'll go from there.

"I'm in no doubt he'll get the trip. He looks like he'll get a mile and a quarter, he's out of a Galileo mare and doesn't pull."

Hannon added: "He's come out of Ascot great. It doesn't look like they're going to get much rain this week and fast ground will be no problem."

Cliffs Of Moher is one of five possibles for Aidan O'Brien in the first Group 1 clash of the year between three-year-olds and older horses, outside of sprints, run in Britain.

The trainer said: "We've several in the race and how many we'll run hasn't been decided but Cliffs Of Moher will be our main runner.

"He ran very well to be second in the Derby and came out of Epsom well. We think dropping down two furlongs should suit him."

The ground at Sandown was good, good to firm in places, after 5mm of water was applied on Monday.

Clerk of the course Andrew Cooper said: "It's been basically dry since Tuesday last week. There's the possibility of a thundery breakdown on Thursday night but we'll reassess in the morning. I don't want it to get too fast and the thundery rain might not happen."

FIRST PUBLISHED 2:06PM, JUL 3 2017
Jim is retained by Sheikh Hamdan but we needed to have certainty and it has been decided that a change was required